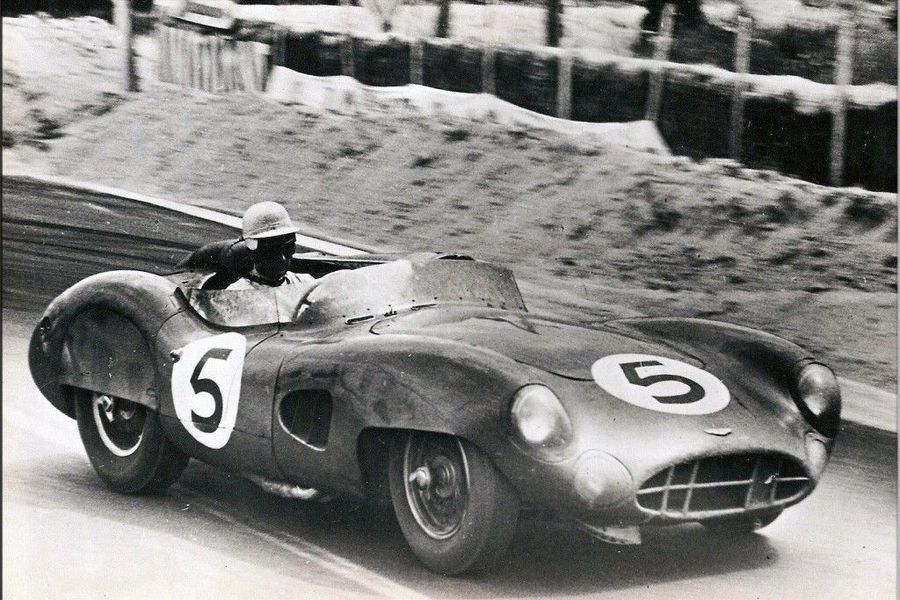 The Aston Martin team under famous team manager John Wyer finally took the Le Mans win they had worked so hard for in 1959, taking on Ferrari and their revised 250 Testa Rossas. The British team sent the DBR1 of Stirling Moss and Jack Fairman out as a hare, to lure their rivals into running at pace while their other two cars ran at a more conservative speed, and it ultimately paid off. Into Saturday evening attrition was already hitting the lead runners, including the Moss/Fairman Aston which retired during Moss' second stint, and it was the Ferrari of Jean Behra and Dan Gurney leading a Jaguar with the two remaining Aston Martins third and fourth.

The lead Ferrari hit electrical problems as night drew in and the Jaguar's engine went sick, putting Aston Martin into the top two postions in the night, but the Ferrari of Phil Hill and Olivier Gendebien was now pushing hard and took the lead and was three laps head by half distance. Again the DBR1s stuck to team orders and their consistent pace kept them in the fight, and when the Ferrari started running slow after a pit stop at 11am the writing was on the wall and it retired with overheating.

The DBR1 of Roy Salvadori and Carroll Shelby finished a lap clear of the sister car driven by Paul Frere and Maurice Trintignant, the controlled pace of the two Aston Martins seeing them the only cars from the 14-strong three litre prototype entry to make the finish.