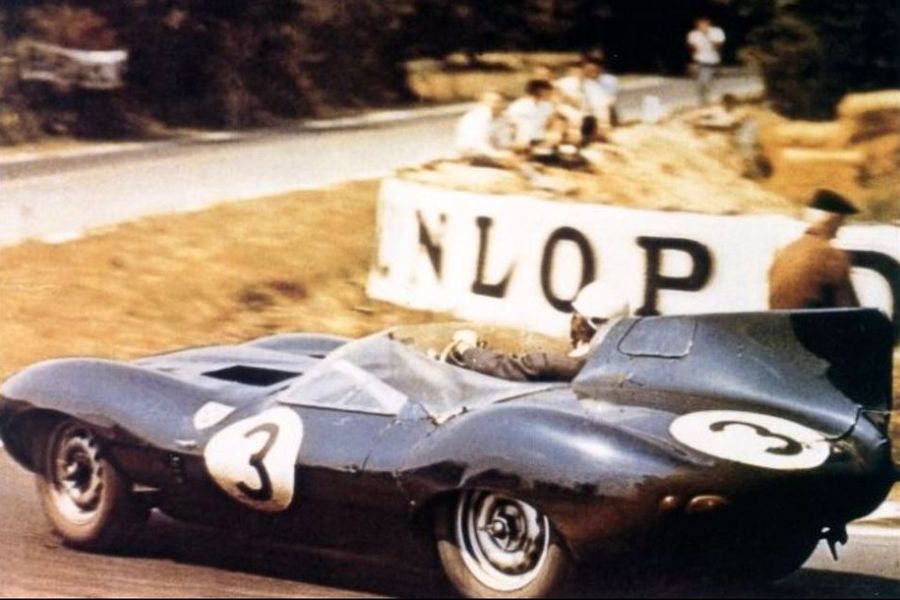 This weekend’s 22nd annual Amelia Island Concours d'Elegance in Florida will showcase the Jaguar D-type on the 60th anniversary of its third consecutive, and final,  victory at the Le Mans 24-Hours, the race it was created to win.
Jaguar Chairman Sir William Lyons considered the Le Mans the most important event on the race calendar. From 1951 Jaguar won the 24-hours five times in seven years. That competition record boosted Jaguar sales and invested the Coventry-based company with an international reputation it still enjoys.
Even after six decades the D-Type Jaguar remains one of the most distinctive and evocative automotive shapes of all time. In four years (from 1954 through 1957) the D-Type won Le Mans three times, a record that stands comparison with any of the many years of that famous race.
"The Jaguar D-Type was created to win Le Mans," said Bill Warner,founder and Chairman of the Amelia Island Concours d'Elegance. "Yet the D-Type raced and won practically everywhere, especially America."
Twenty percent of D-Type production had long lives in America.
"The D-Type raced at Sebring, Daytona -- beach course and the Speedway -- at Bonneville, even on drag strips and airport circuits. Indy 500 winner Bobby Unser raced a D-Type at Sebring: impressive such a specialised design," added Warner.
The D-Type became the first car to win the 12 Hours of Sebring and the 24 Hours of Le Mans in the same year in 1955. It won Le Mans again in 1956, this time in the Scottish Blue livery of the Edinburgh-based Ecurie Ecosse team, making their Le Mans debut.
The 1957 Le Mans began like a Grand Prix sprint with Ferrari rising to the challenge. The blue D-Types ran to a fast yet strict plan letting the red cars exhaust themselves. Before midnight the red cars had faded and Jaguars were well in the lead with three privately entered D-Types in their very rapid and regular wake. Jaguar D-Types finished first, second, third, fourth and sixth!
"The D-Type is a classic sports racing car that gets extra credit as the car that not only won Le Mans three times, but gave birth to two more Jaguar classics, the XKSS and the XKE," said Warner. "We are honoured to have both the 1956 and 1957 Le Mans winning D-Types anchor our 2017 Jaguar D-Type class."
Jaguar Amelia Island Jaguar D-Type Le Mans