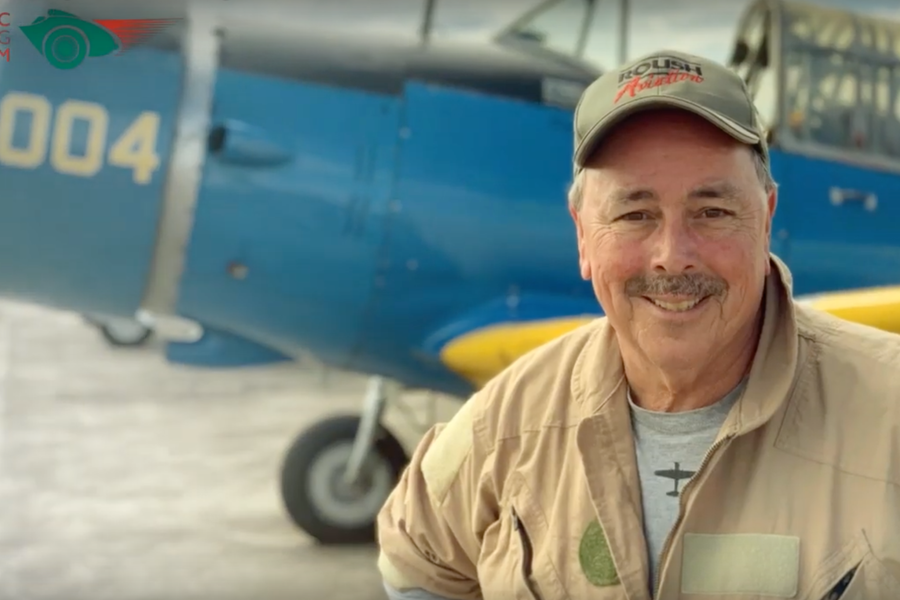 When you spend your time lugging various bags around race circuits, constantly untangling mic wires and rummaging for business cards to the backdrop of revving V8’s it is exciting to hear that one’s presence is required on an airfield.

During HistoricRacingNews.com’s recent trip to HSR’s Pistons and Props event at Sebring International Raceway that’s exactly what happened. A five minute minibus ride from the circuit opened out to a palm fringed runway with various private jets and ‘learner’ planes basking in the Florida sunshine. To the left of these modern machines stood Tom Smith. Pilot, historian and as it turned out, somewhat of a legend.

It’s not everyday that we interview someone who almost radiates the very thing he’s talking about through his khaki flight suit, basically the type of person who should almost comes with his own soundtrack. Tom introduced me to his second love - the Vultee BT-13. We did a quick interview in which he explained with ingrained precision the ins and outs of this 1942 aircraft, which it turns out was widely used as a basic trainer for American pilots during the Second World War.

With the scene set and the sun getting hotter on the back of my neck it was time to go up. Once inside the cockpit it was reassuring to hear Tom on the radio from the seat in front, even if it was to say “if you drop it you lose it”.

The flight over Sebring was (as it turns out) a treasured experience for me and now I class Pilot Tom Smith as a hero keeping machines of the past alive.