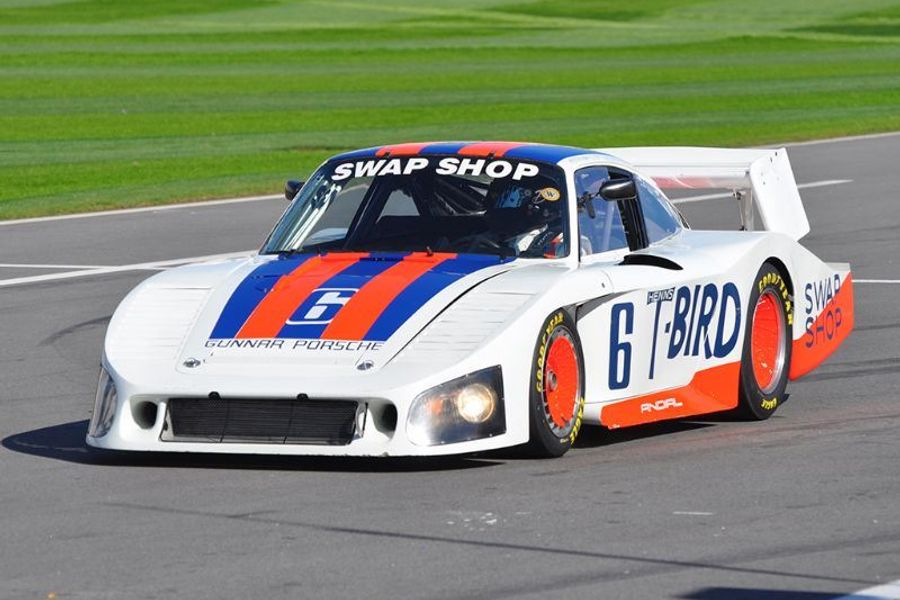 Scroll to the bottom to see David Hobbs interview Bob Wollek in the Daytona pitlane!

With the 24 Hours of Daytona this weekend, we revisit one of our team's debut at the famous event:

The hugely experienced Jim Roller recently joined HistoricRacingNews.com and will be one of our two representatives on the circuit commentary team in Florida for this weekend's HSR Classic 24. Here Jim looks back on his first visit to the full 24-hour race in 1983, when TV history came close to being made:

"My first trip to Daytona for the 24-hour classic was 1983. I was a neophyte on the production staff of MotorWeek Productions, just two years out of college and in my second paying TV job.

"I was blessed to begin my media career when two juggernauts of media history, the rise of cable television and the birth of independent cable channels collided with the awakening of America’s interest in motorsports.

"Motorsport is where my colleagues at MotorWeek Productions and I entered the Turner equation.  Beginning with the pioneering news and highlight program MotorWeek Illustrated, in January of 1982, we provided the Turner media companies with all things motorsport. That included first ever, quasi, flag-to-flag coverage of the 24 Hours of Daytona. I say quasi because we covered the first and last couple of hours of the race live with, five, ten and 30-minute live updates each hour of the race. The hourly updates meant there was no break in the coverage and crews were working around the clock to cover the entire race.

"There was no way the senior staff was going to work around the clock, so they left the overnight coverage to a junior producer. Someone who was an unabashed fan of sportscar racing, too enthusiastic, eager and naive to realize what it was going to be like to be up and working for about forty hours… you guessed it. My big break!

"I was thrilled.  As a student of endurance racing who grew up in Watkins Glen I hoped that, as was the case in those days, the crystal moment of race would occur during the overnight and dawn would break with the leader of the race far enough out front to coast to the finish, and I would be the guy in charge of covering the moment of decision.

"I got my wish and almost more than I bargained for! I was producing the coverage when an American racing legend and a French endurance-racing star met for the first time. It was my much hoped for crystal moment but I thought it was going to be the crash and burn ending of my short-lived TV career, thanks to the Frenchman’s tirade.

"In 1983 the race featured a mix of cars from the burgeoning IMSA GTP class like Lola T600s and March 83Gs mixing it up with multiple iterations of the venerable Porsche 935. As often happens in January in Daytona, mother nature had a lot to say about the outcome of the race. Rain, sometimes torrential, plagued most of the race.

"The pre-race favorite was the pole sitting Porsche 935L entered by Preston Henn a self-promoting huckster famous for his Florida based T-Bird Swap Shop flea markets. But Henn and his co-driving French stars Bob Wollek and endurance veteran Claude Ballot-Lena suffered rare trouble early in the race. Their normally bulletproof Andial-prepared Porsche had turbo trouble and the team lost many laps changing the two blowers.

"Rain dominated the overnight racing while Wollek and Ballot-Lena staged a herculean come back from more than ten laps down. The two blazed through the field and by dawn they had not only retaken the lead they had lapped the field, and we had covered it all! But the excitement was just beginning for the TV crew.

"Enter Henn and American legend A.J. Foyt.  A.J. was a late entry to the race at the invitation of Bill France Sr. to share a Pepsi sponsored (the races title sponsor) Aston Martin Nimrod with NASCAR star Darrell Waltrip. Foyt originally turned down the offer, but his cancer stricken father encouraged him to head to Florida for a little fun. Foyt accepted the invitation, hoping to win one for his ailing dad. Unfortunately the Nimrod struggled on the Daytona banking and engine failure ended the team’s race after just 121 laps.

"However, the early demise of the Nimrod meant that Foyt was rested and available when dawn broke over a storm-drenched Daytona.  Henn was always looking for a good publicity angle. He figured putting Foyt in his Porsche would garner big headlines no matter the outcome. Henn’s crew chief, long time Porsche man Kevin Jeannette, was skeptical of the plan reminding Henn that Foyt the ’67 Le Mans winner had never driven a Porsche in competition. Henn did not care. Foyt was game to race and Preston wanted the headline.

"Wollek finished his last overnight stint and was due to come to the pits right at the time that we were scheduled to do an early morning hourly update. We were going to get to cover A.J. Foyt reentering the race live! For the young buck producer it could not have gotten better!

"Wollek brought the Porsche to the pits live on TBS with the larger than life Foyt waiting to take over the 935. Not satisfied with how quickly Wollek was exiting the car, Foyt grabbed the Frenchman by the epaulets and “lent a helping hand” dragging a sputtering Wollek from the car!Foyt then proceeded to stuff his oversized frame into the Porsche and speed off down the pit lane in a driving rain. Wollek was apoplectic, seeing Ballot-Lena and Henn still in the pit box. Who was that mad man driving his racecar?

"David Hobbs was covering the pit stop for this update and I pushed him to interview Wollek immediately.  Hobbs asked Wollek how he felt about a “complete stranger” taking over his car.  Wollek’s indignant answer caused my short career to flash before my eyes! “I am upset about it because he doesn’t know the car.  He doesn’t know the rain.  He doesn’t know anything.  We have been working very hard because we had two turbos broken early on and we were 12 laps down, and now we are one lap leading.  And Mr. A.J. Foyt is driving for PR; I’m Fu%&ing upset about it!

"Yup, he dropped the f-bomb live on American television. This was long before we had a delay for live sporting events on cable.  As far as I was concerned my career was probably over. I was in-charge and the buck stopped with me! GULP!

"Luckily things were more relaxed in those days on cable. We added the requisite “beep” when re-airing of the interview and all was forgiven.

"It proved to be a dream come true for everyone.  I got to lead the coverage of the races biggest moment.  Foyt lived up to his star power. He set the fastest lap in the rain in a car he had never seen, sat in, or driven before. He, Wollek and Ballot-Lena built their lead to four laps by the end to grab a hard earned and very famous victory.

"For me the best part of the story came after the race. Foyt had won for his dying father. A happy Wollek accepted Foyt for his ability and credited Super Tex in the winner circle. The two became good friends and partners. In ’85 they claimed a second 24-hour win before completing the Florida double by winning the Sebring 12-hours that same year.

"As for me, I got credit for not panicking during the big moment and told I had “done good” by my earliest mentor and TV father figure, Fred Rheinstein. That ultimately lead to my first solo-producing job for the company the next year at the Miami Grand Prix airing on NBC Sports.

"It really was a good day for all!"