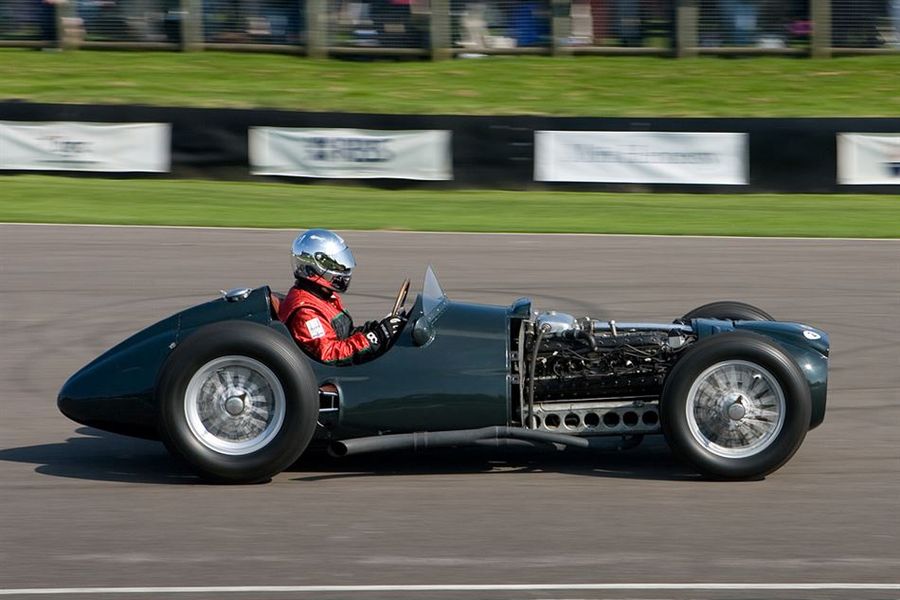 Historic Racing News.com’s Paul Tarsey caught up with Kevin Cleary from Beaulieu’s National Motor Museum at Goodwood to discuss the museum’s V16-engined 1,500cc Type 15 BRM, a car conceived in the late 1940s that never quite showed its true potential on the track. The supercharged machine – which developed over 600bhp in later versions – was raced by drivers such as Reg Parnell, Sir Stirling Moss and Juan Manuel Fangio, who at one point declared it ‘the best formula one car ever made’.

That wasn’t the common view early in its career as, after much build up, the car made its debut in a non-championship race at Silverstone in August 1950, only to break one (or possibly both) of the inboard universal joints in the transmission off the line at the start. That failure tainted the perception of the car which was very quick when reliable, but was plagued by a lack of the latter throughout its career.

Fangio was widely perceived as the one driver who could actually master the machine, which had a ferociously ‘peaky’ power delivery, Mike Hawthorn commenting that “every time I came to a corner and went below the 8,000rpm mark, the power went right off. Then, suddenly, as you reached the 8,000 mark the full power would come in and you had a job to hold the car straight”. At Albi on 195 the car had its moment of glory, Fangio winning a sprint race for Fomrula One cars and hinting at what could have been for the Type 15 and its V16.

Click on the video tab above for an insight into keeping such a rare car – only three Type 15 and two of the later evolution the Type 30 were built – on the track!