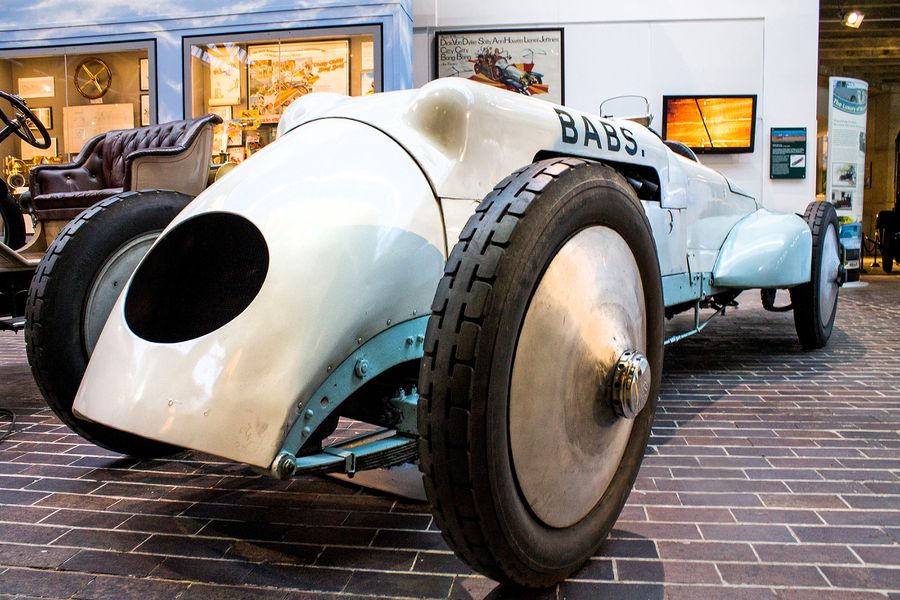 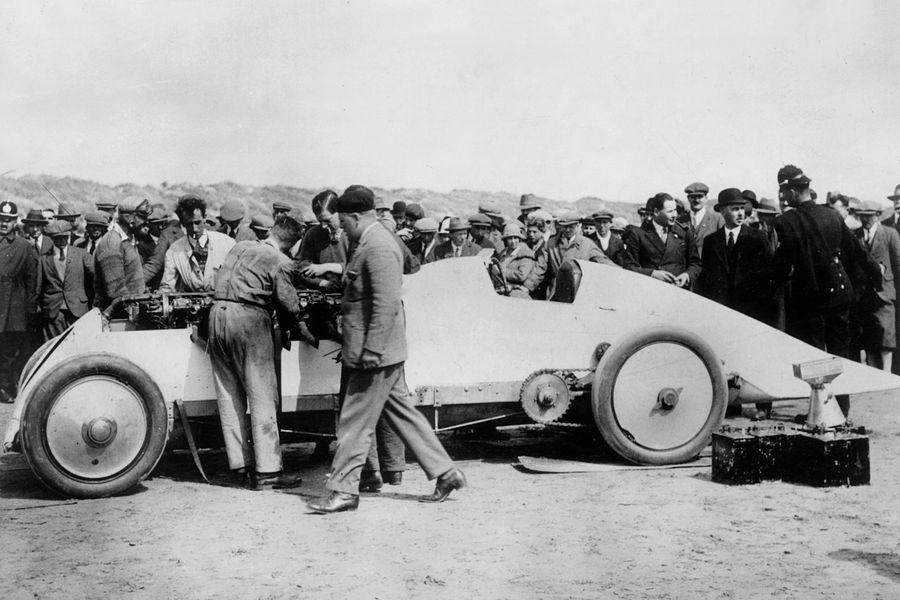 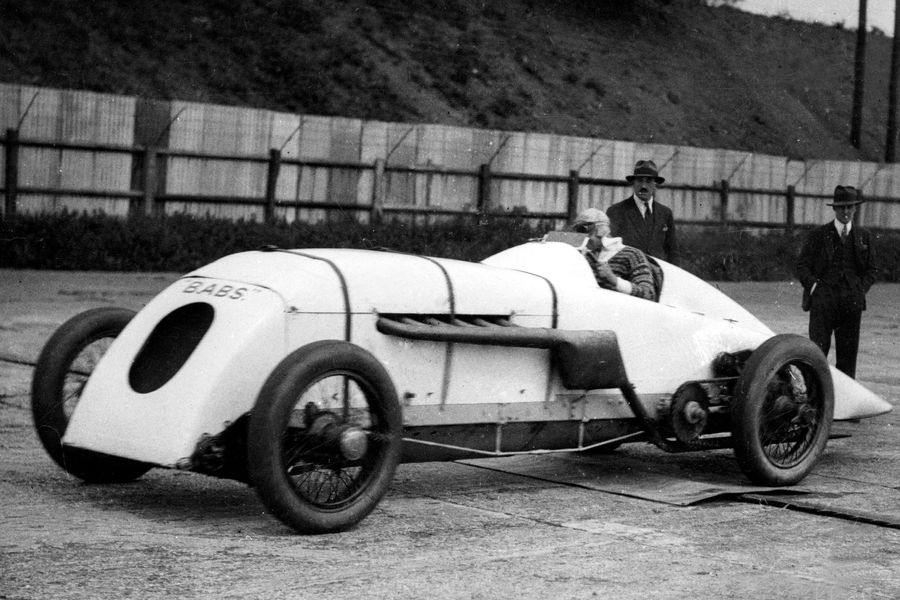 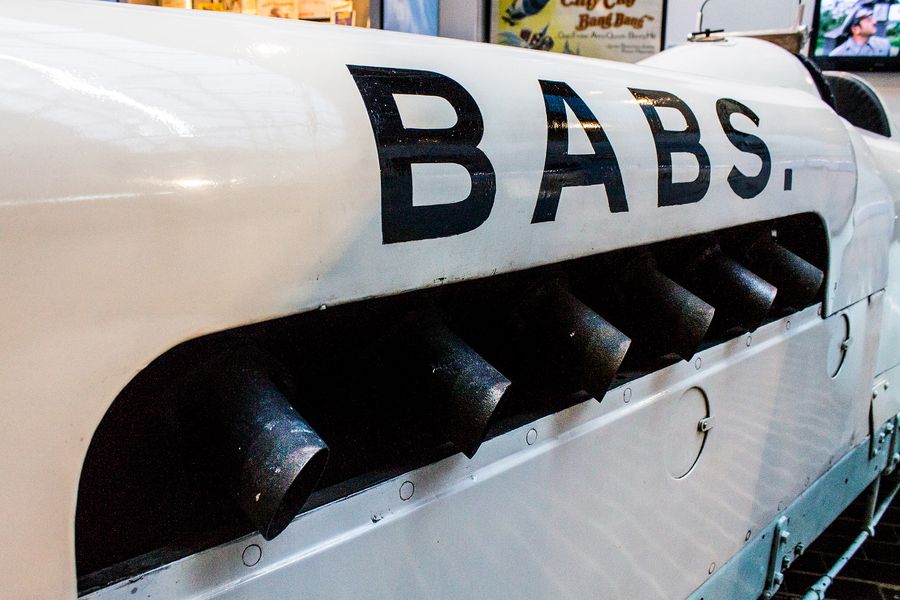 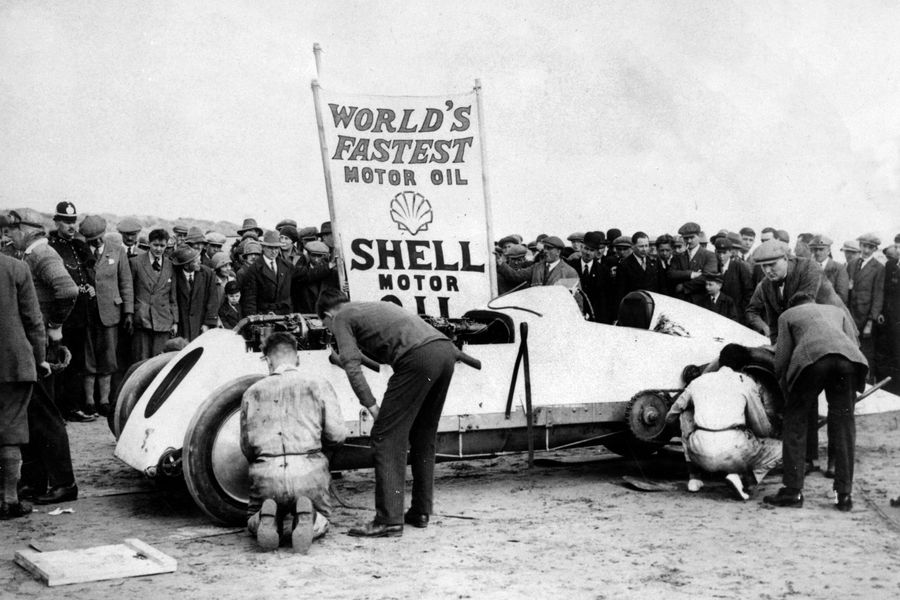 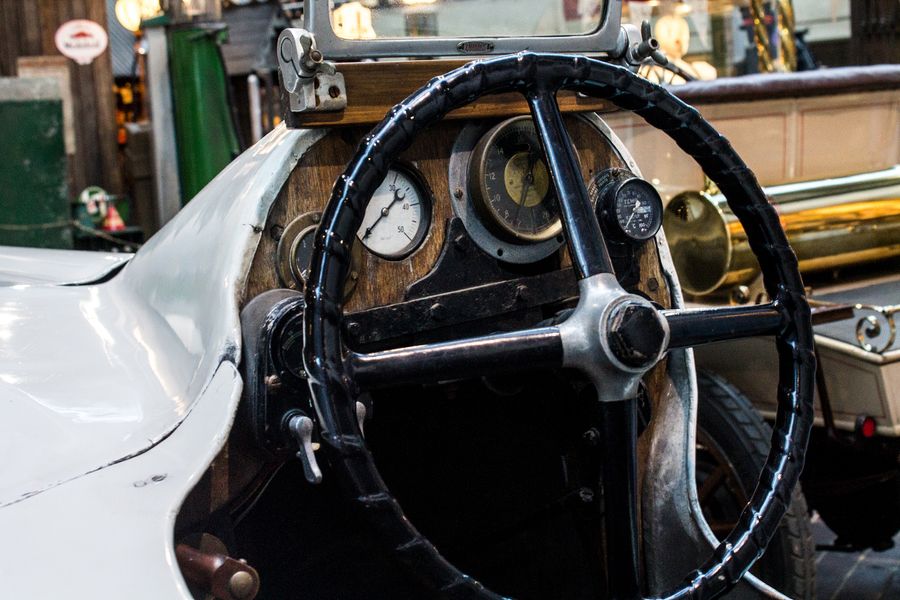 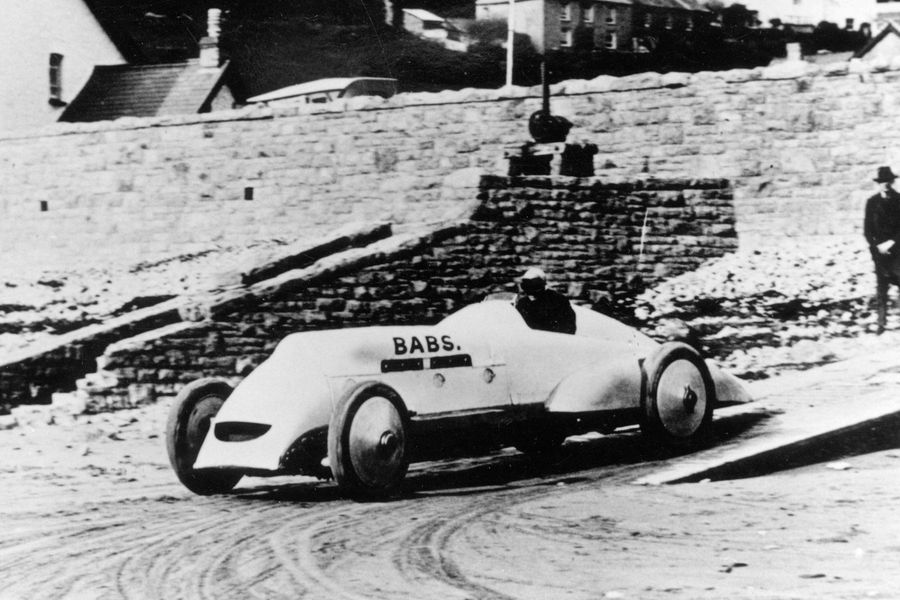 Babs started life in 1923 as the Higham Special and was even more extreme in its design than the Count’s previous three Chittys. When he died a year later, it was bought for £125 by talented racing driver John Godfrey Parry-Thomas who re-christened it Babs. After boosting power to 500 bhp by adding new pistons to its American Liberty V12 aeroplane engine, Parry-Thomas beat the Land Speed Record by more than 20mph by reaching 171mph.

When Sir Malcolm Campbell raised the record again the following year, Parry-Thomas made an attempt to regain the title which ended in disaster and he was killed. The wrecked car was buried at Pendine Sands, where it remained for more than 40 years.

In 1969 Babs was excavated by university lecturer and car restorer Owen Wyn Owen, who discovered that the car was not as badly decayed as expected and embarked on bringing it back to its former glory. Today, the fully-restored Babs is a fitting tribute to the aeroplane-engine racing cars and their fearless drivers whose exploits inspired Ian Fleming.

The Chitty Chitty Bang Bang 50 years exhibit can be seen as part of the general admission to Beaulieu.