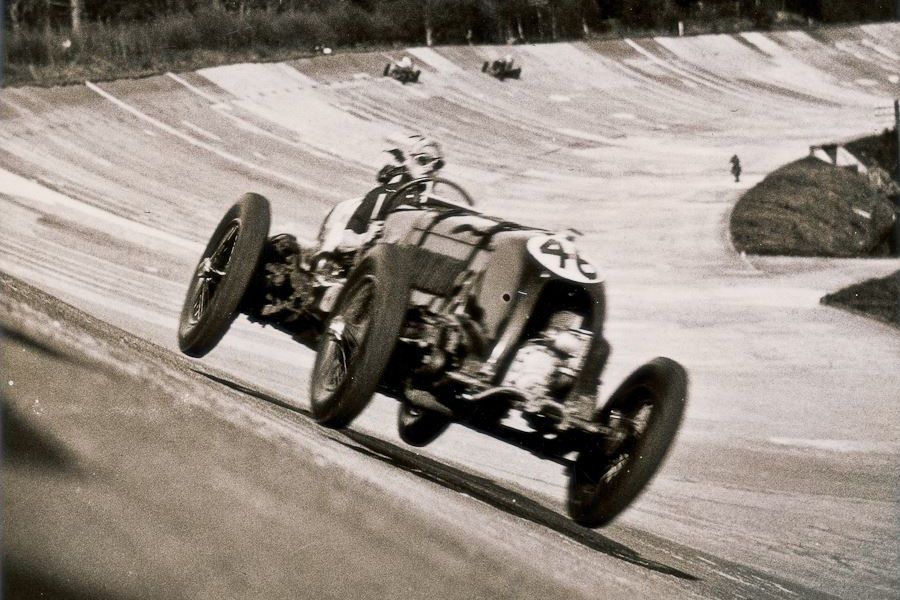 The Brooklands Museum will see some exciting new developments in the months ahead as a Heritage Lottery Fund award of £4.7million  allows them to move the hanger that was built over the finishing straight in the 1940s, opening the straight back up for use. When it opened in 1907 Brooklands was Europe’s first permanent motor racing circuit  and immediately transformed racing into a public – and social occasion - the circuit become a haven for motoring and aviation enthusiasts.

The lottery award will allow the museum to return the finishing straight to its 1939 condition – the last year of racing on the famous circuit – as well as adding an additional building focussing on the aviation history of the site. Having already raised £1.2million themselves the museum still need to source in excess of £750,000, but are confident enough to be aiming to start work later this year.

Built on the estate of Mr H F Locke King, who strongly felt that the British motor industry needed a track where it could test its products to match the opportunities available to continental manufacturers, work started on the circuit in early winter 1906 and at its peak over 2,000 men were employed in its construction. The circuit, more egg-shaped than oval, required two bridges over the river Wey and when complete was 2.7miles round, the use of the finishing straight (entered at the end of the Byfleet Banking) extending it to 3.25-miles, of which around two miles were level. It was estimated at the time the circuit could accommodate 250,000 standing spectators.

The Brooklands Automobile Racing Club held their first race meeting on 6th July 1907 with a six-race programme, the club deciding to emulate horse racing and have drivers wear colourful smocks for identification purposes – the numbering of cars being frowned upon. The meeting was not the first time the circuit was used, however, famous driver SF Edge booking the banked bowl for an attempt on setting a record for distance covered in 24-hours and at the end of June, driving single-handed, he completed 1,581 miles in a 60hp Napier to set a new mark.

The big event of the first meeting was the First Montegu Cup, with a prize of £1,400, won by J E Hutton in a Mercedes, but there was a view that some of the more standard cars looked slow on the vast banking, and some members of the press, aggrieved by the lack of free passes, picked on of the elements of the day that did not go to plan. It was not long though before there were few thoughts of cars looking slow on the banking as the keener racers developed their cars to go quicker, early attempts at streamlining being followed by larger and larger engines in cars designed to lap the ‘outer circuit’ as fast as possible.

After a closure during World War One the circuit really came into its own in the inter-war years with a variety of races, including popular handicaps. October 1935 saw the fastest lap. John Cobb taking his mighty Napier-Railton round at an average of 143.44mph, on a day when the track was reported as not being fully dry. The race history of Brooklands could fill a volume on its own, and several have been written – but undoubtedly the best is ‘Brooklands, The Complete Motor Racing History’ written by William Boddy MBE who witnessed most of the events he writes about as well as editing ‘Motorsport’ magazine for many years. If you ever have the opportunity of buying a copy, don’t miss the opportunity.

The outbreak of the Second World War proved the end of Brooklands as a circuit, the site once again being taken over for military purposes, with both the Hawker and Vickers companies manufacturing aircraft there, sections of the banking being removed to improve access and both by road and air and a hanger being built on the finishing straight. After the war the British Racing Drivers’ Club held a meeting to protest at the decision by the Ministry of Aircraft Production that is was better to purchase the site for industrial development rather than returning it to use as a race circuit, but the circuit was sold to Vickers Ltd for £330,000.