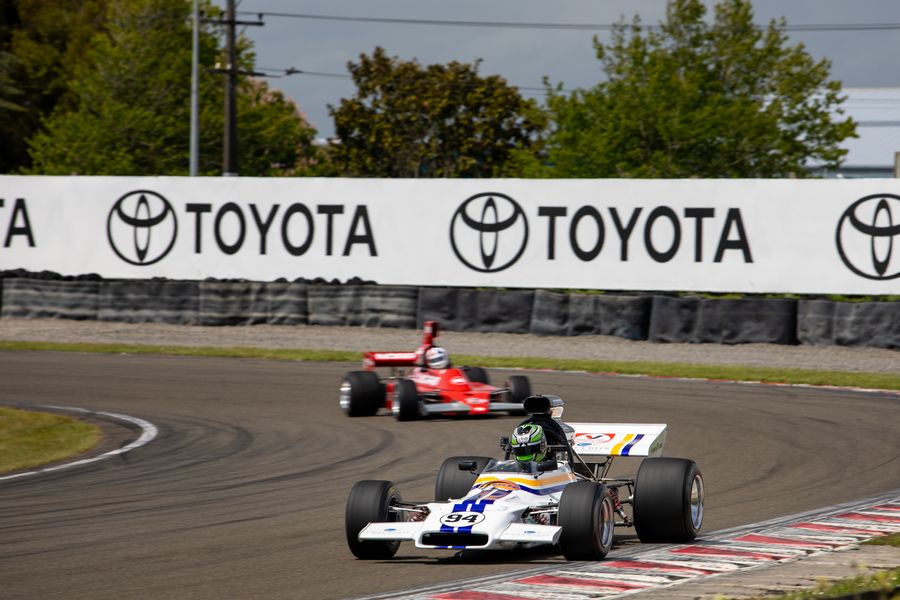 But the 23-year-old spoke for aficionado and fan alike at the SAS Autoparts MSC Series’ biennial visit to the popular The Sound MG Classic historic motor racing meeting at the storied Manawatu (North Island) circuit when he said that 'it's not the same without Kenny here.’

Local ‘living racing legend’ Ken Smith won the SAS Autoparts/MSC NZ F5000 class time for a record fifth time last season but was a late scratching at the opening round this season after accepting an offer too good to turn down to sell the the ex-Danny Ongais Lola T332 he used to such devastating effect last season.

Despite his absence the large crowd at the 2019/20 NZ historic motor racing scene season opener, surged towards the barriers as the field rolled off the dummy grid and out onto the circuit for the warm up lap then rolling start of the first race for the classic stock-block 5.0 litre V8-engined single-seaters at the meeting today.

Collins was never headed from pole though Grant Martin remained close enough to be within striking distance should Collins slow for any reason. A spin exiting the first turn took Lola T400 driver Glenn Richards out of top six contention early and left third quickest qualifier Aaron Burson back down the field. That elevated David Banks (Talon MR1), Brett Willis (Lola T330) and local driver Kevin Ingram (Lola T332) up a place, and the trio finished the race in that order. 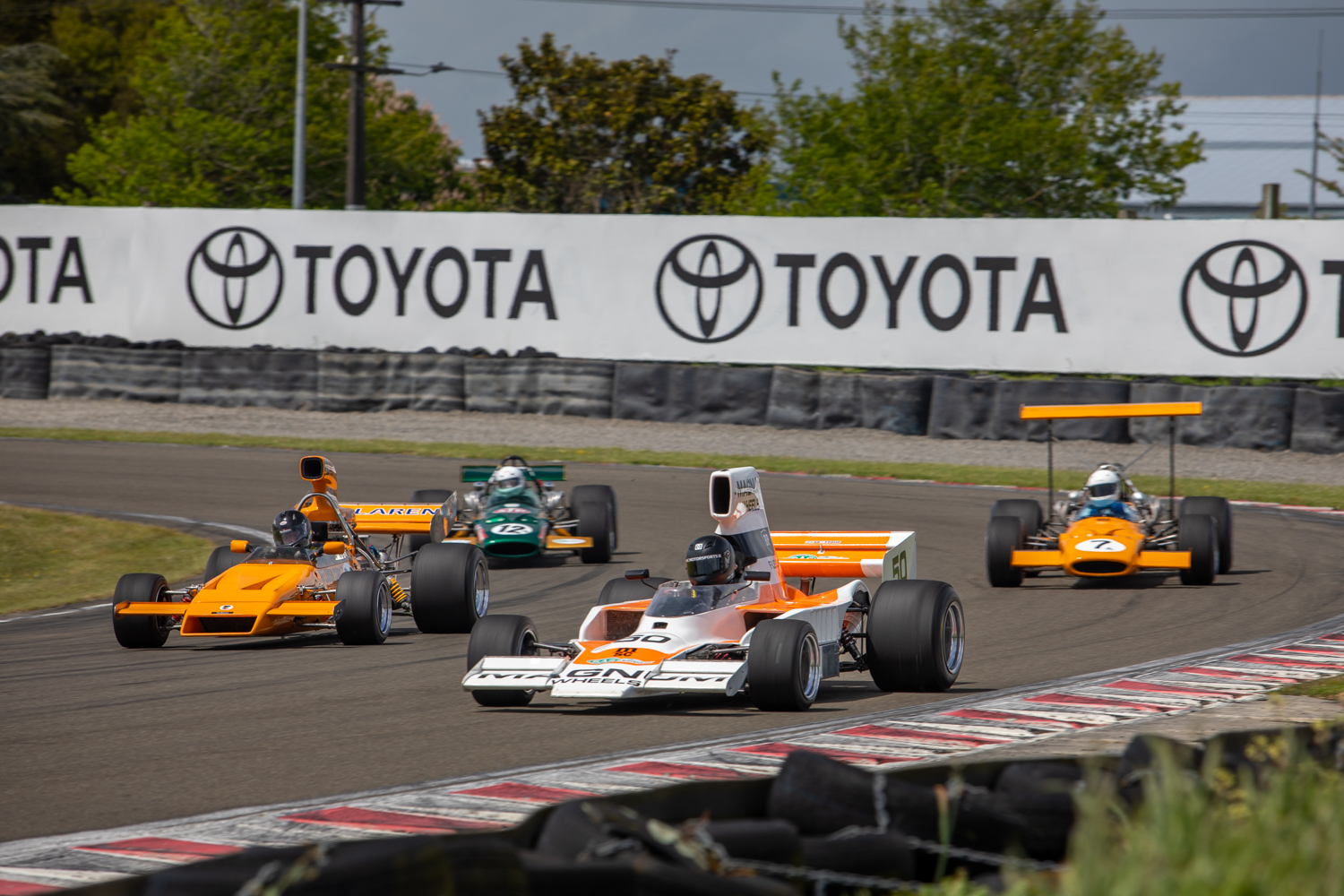 Aaron Burson worked his way back up to sixth, ahead of Codie Banks, the latter enjoying a trouble-free race debut behind the wheel of his father (David Banks’) ex-Johnny Walker Australian Grand Prix-winning Lola T332. Banks Snr originally bought the Lola T332 to replace the Talon MR1 he started his SAS Autoparts MSC Series career in. However having invested in a complete rebuild – including repaint in the gloss black and re-decal in the swoopy pink and red stripes of original driver Jon Woodner’s period sponsor Interscope – the man behind series’ sponsor SAS Autoparts decided he wanted to give it it’s return series’ debut himself.

That left son Codie to drive the Magnum Wheels-liveried Lola T332. Both thoroughly enjoyed the experience and will continue in the same cars in tomorrow’s two SAS Autoparts MSC Series races.

Frank Karl (McLaren M10B)  also enjoyed one of his most competitive outings to date to cross the finish line in eighth place and first Class A car home ahead of a fast closing Glenn Richards, in his later model Lola T400, and Tony Roberts in the other Class A car, the high-wing McLaren M10A. Local ace Tim Rush (McLaren M22) was part of this battle pack early but his race ended in the pits thanks to a loose gear lever.