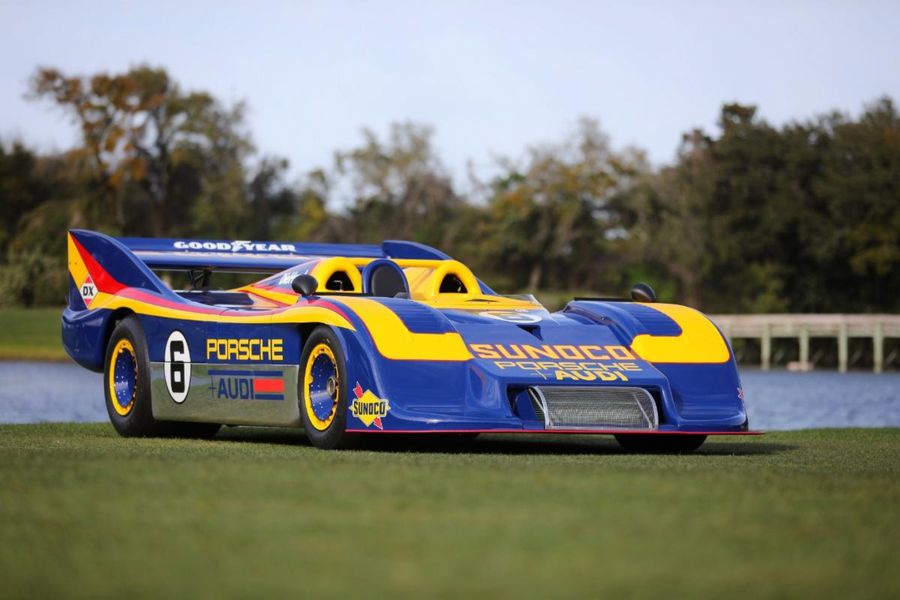 A 1973 Porsche 917/30 Can-Am Spyder was crowned this year’s Best in Show Concours de Sport on March 8, 2020 at the 25th annual Amelia Island Concours d’Elegance. In celebration of the event's Silver Anniversary, the concours featured a special "homecoming" of alumni honorees. At the center of the celebration was famed racer, team owner and international businessman, "The Captain" Roger Penske.

After nearly a half century Porsche's 917/30 is still the most powerful circuit racing car ever made. While no one knows the car's ultimate top speed it easily achieved speeds of over 200 mph at circuits like Watkins Glen and Riverside. It set a closed course speed record of 221.16 mph at Talladega Superspeedway in 1975. Now 50 years later, that remains the fastest lap ever recorded on the steeply banked Alabama superspeedway.

“The 1929 Duesenberg J-218 Town Limousine and 1973 Porsche 917/10 Can-Am Spyder both embody the spirit of our awards,” said Bill Warner, Chairman and Founder of the Amelia Island Concours d’Elegance. “The judges had a tough challenge in a field a cars that would win Best of Show at many other concours. I am pleased they did due diligence and continue to recognize the best and most extraordinary vehicles in existence, right here in Northeast Florida.” 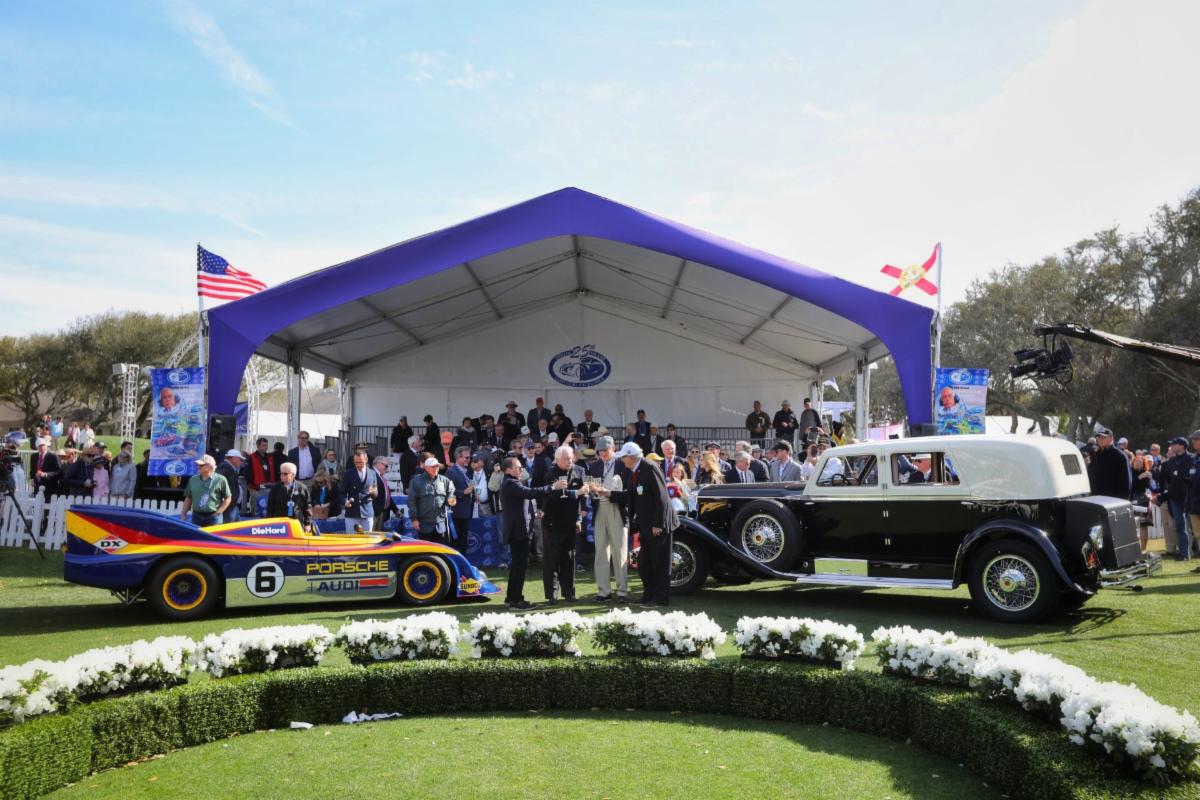 The Amelia always gathers a group of cars that are associated with the honoree. For the 25th, more than 30 Penske vehicles were displayed in four different classes. Cars of Penske was comprised of vehicles that Roger raced himself. In 1966, Penske founded Roger Penske Racing, which later became Team Penske. The three classes representing this era included Team Penske, Team Penske Sunoco and Penske Indy Winners.

In celebration of the arrival of the Corvette C8, Chevrolet’s mid-engine 1964 GS IIB research vehicle joined The Amelia’s Mid-Engine Corvette class. This showing marked the first appearance of the one-off experimental 1964 GS IIB outside the Chaparral Gallery of the Petroleum Museum in Midland, Texas.

Porsche Firsts, in part, celebrated the 50th anniversary of Porsche’s first victory at Le Mans. Entries included the 1970 Porsche 917K, the car that Richard Attwood and Hans Hermann drove to Porsche's first of 19 victories at the 24 Hours of Le Mans.

Additional highlights included an entertaining class of tiny people movers entitled, "That's Cute." The hot rod tradition was rekindled with a group of throwback customs in the "Rolling Bones" class. Automotive extravagance was celebrated with an assemblage of Loziers, the most expensive American automobile of the “brass era.” Sergio Scaglietti's 100th birthday celebration was cause for two classes featuring the Italian designer's handiwork.

“I am proud to say that this year’s Concours was worthy of a 25th anniversary celebration,” Warner said. “From our honoree, Roger Penske, to the incredible assembly of vehicles, our staff and hundreds of volunteers worked diligently to put together an event to remember. I am grateful for the continued growth and success of The Amelia and look forward to the future."