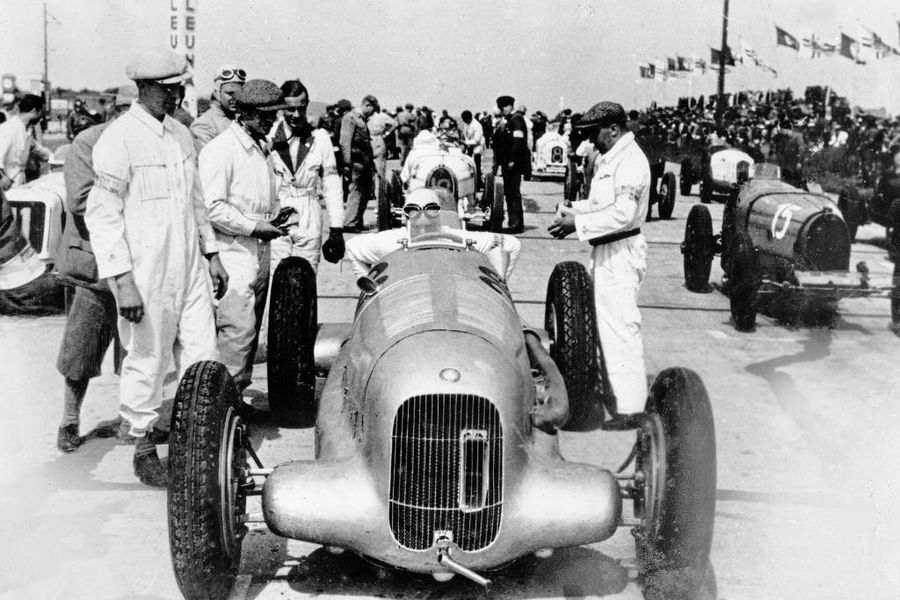 An unprecedented gathering of five Mercedes-Benz Silver Arrows across two centuries of championship-winning competition will be on special display to celebrate the Silver Anniversary Amelia Island Concours on March 8, 2020.

The legend of the Silver Arrows begins with the 1934 Mercedes-Benz W 25 Grand Prix (header picture) racer and its birth in an ancient mountain forest, the Eifel Mountains of southwestern Germany. The car is still labeled 'the first modern racing car', a car of maximums. The maximum weight limit set forth in the rules gave the formula its name, the ‘750 kg formula’, and that set the stage for the nickname.

Two-point-two pounds. A single kilogram. The new racers had been weighed at the Mercedes-Benz factory. All had been in compliance with the new rules: maximum weight, 750 kilograms, 1650 pounds (without fuel, lubricants and tires). But the scales - the official scales, the scales that mattered - at the Nurburgring for the 1934 Eifelrennen read 751 kilograms: one kilogram over the limit. It was a bad omen for the debut of the new Mercedes-Benz W 25 Grand Prix racer; especially in Germany and on the Nurburgring’s Wagnerian Nordschleife.

They devised a solution that was simple, elegant and still echoes in motorsport legend and lore.

Fine sandpaper and hours of mindless labor were required to remove the white paint from the silver skin of the W 25 racers. White is Germany’s official assigned racing color and has been since the days when Grand Prix cars raced for national honor rather than commercial promotion. Only the W 25’s wire wheels remained German racing white. The W 25 went to the grid in bare metal…silver.

Or, so the legend goes. From that race the grand prix cars from Mercedes-Benz wore silver. The sobriquet ‘silver arrows’ stuck to them like paint after a Berlin newspaper covering the Eifelrennen splashed the headline … “BRAUCHITSCH (Mercedes’ winning driver) FAST AS A SILVER ARROW.”

When Mercedes-Benz returned to competition in the early 1950s their new racers also wore silver. There was power in it. Victories at Le Mans and the Carrera Panamericana were restorative and rejuvenating for the cars from Stuttgart. The grand marque - the inventor of the automobile - reclaimed its heritage wearing silver. 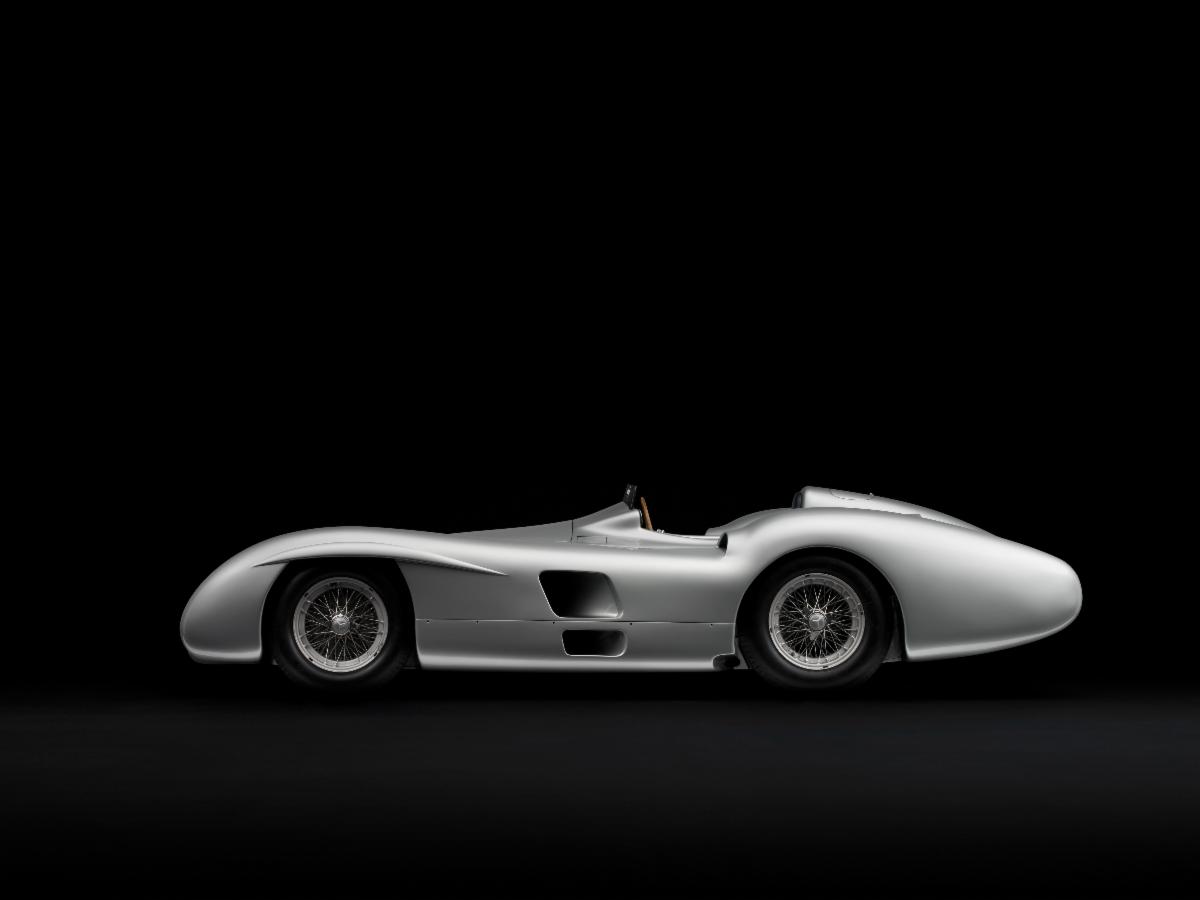 Two Formula 1 World Championships (Juan Fangio in 1954 & ’55) and a Sports Car World Championship in 1955 joined Mercedes’ list of unparalleled pre-war accomplishments and became the vanguard of the ‘German Miracle’.

Decades later in 1989 when a team of Mercedes-Benz prototypes appeared at Le Mans (below) wearing silver and the three-pointed star there was no doubt about the motives or the means. Amelia’s 2014 honoree Jochen Mass drove more than eleven of the 1989 French Classic’s 24 hours. Mass led the new Silver Arrows in a one-two finish, more than 25 miles ahead of third place. The Silver Arrows were back.

Since 2014 and the World Championship triumph of the hybrid Mercedes-AMG W 05 - exactly 80 years after the first Silver Arrow victory - all Formula 1 World Champions have won the coveted title in cars clad with the fabled three-pointed star and the silver hue that the original Silver Arrow wore to victory in the 1934 Eifelrennen. 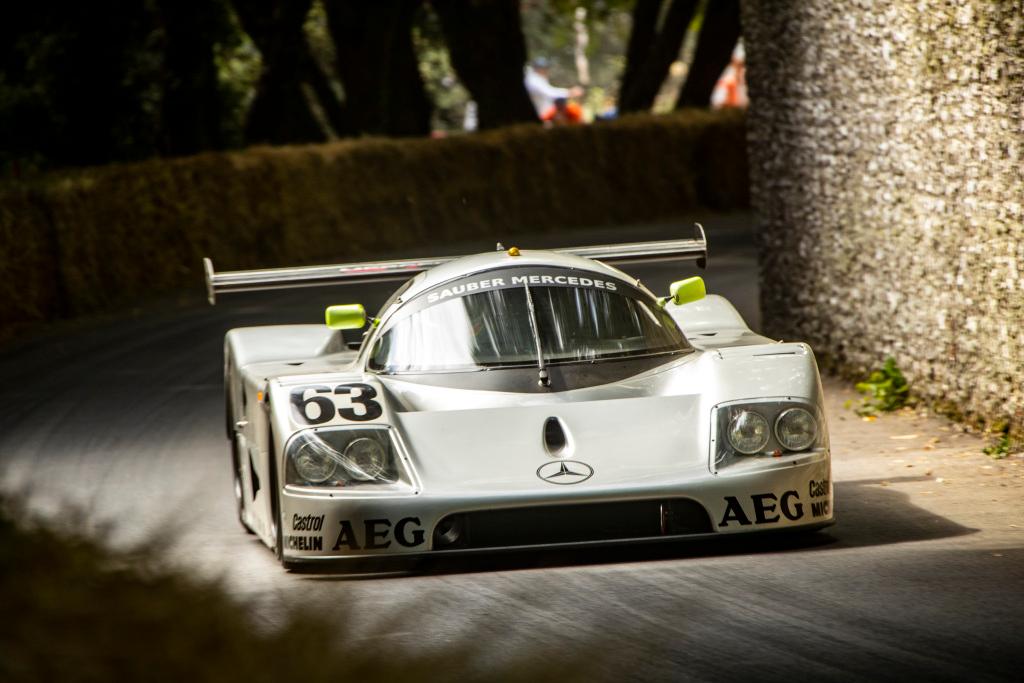