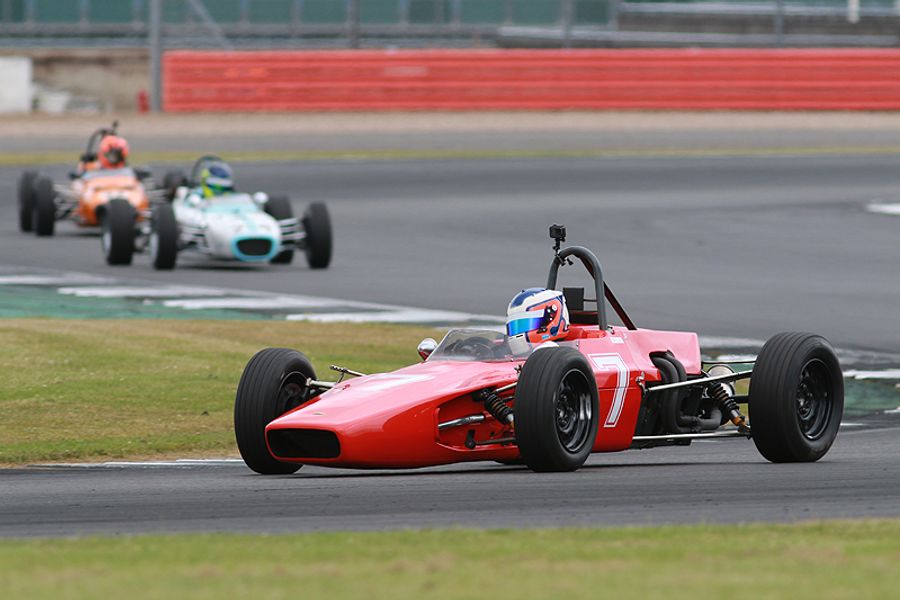 Six of the Historic Sports Car Club’s season-long championships will be decided at the Club’s annual Championship Finals Meeting at Silverstone this weekend (20th/21st October).

During a busy 20-race weekend, the closest title contests will come in the Historic Formula Ford, Historic Touring Car and 70s Road Sports Championships. Other titles to be settled are in Historic Formula Ford 2000, Classic Clubmans and Classic Formula 3. With a forecast of pleasant autumn weather, there promises to be some great racing from strong grids as the curtain falls on the Club’s championship season.

Cameron Jackson and Ben Mitchell will settle the Historic Formula Ford title after a fiercely-contested season. Heading into the weekend Jackson has a four-point advantage when dropped scores are factored in. However, it is really a winner-takes-all scenario, and two wins for either driver would seal the crown.

Mitchell (Merlyn Mk20) is trying to match his father Westie, champion in 2009, and his younger brother Sam who was champion in 2013. Jackson, meanwhile, fields a Lola T200 run by record-breaking five-time champion Neil Fowler.

Meanwhile, Adrian Oliver (Hillman Imp) and Bob Bullen (Ford Anglia) will contest the Historic Touring Car Championship. Once scores are dropped, former triple champion Oliver has a two-point advantage and defending champion Steve Platts (Singer Chamois) has an outside chance if both Oliver and Bullen fail to score across two races.

The 70s Road Sports title is also a three-way contest between Jez Clark (Lotus Elan), Brian Jarvis (Porsche 924) and Will Leverett (Lotus Europa) from a typically strong grid. Clark has a slight advantage going into the final race on Saturday, but any one of this trio could take the title for the first time.

Andrew Park (Reynard SF81) is looking likely to retain his Historic Formula Ford 2000 title but Paul Allen (Reynard SF79) has a chance if Park hits trouble, while Keith White (Ralt RT1) seems set to seal the Classic F3 title. Mark Charteris (Mallock Mk21) is close to clinching Class A of the Classic Clubmans Championship while friends and rivals Clive Wood and Barry Webb will dispute the Class B title.

Four races for the UK Formula Junior Championship are made up of double-headers for the front and rear-engined grids, while the Historic Formula 3 Championship concludes with a single race on Sunday. Although Jon Milicevic has already sealed the title, the runner-up position will be decided between Andrew Hibberd, Barry Sewell and Mike Scott.

An excellent field of sports-racing and GT cars will contest the weekend’s longest race, the 40-minute Guards Trophy finale while fabulous single-seaters, including thundering Formula 5000s, will line up for two races for the Derek Bell Trophy.