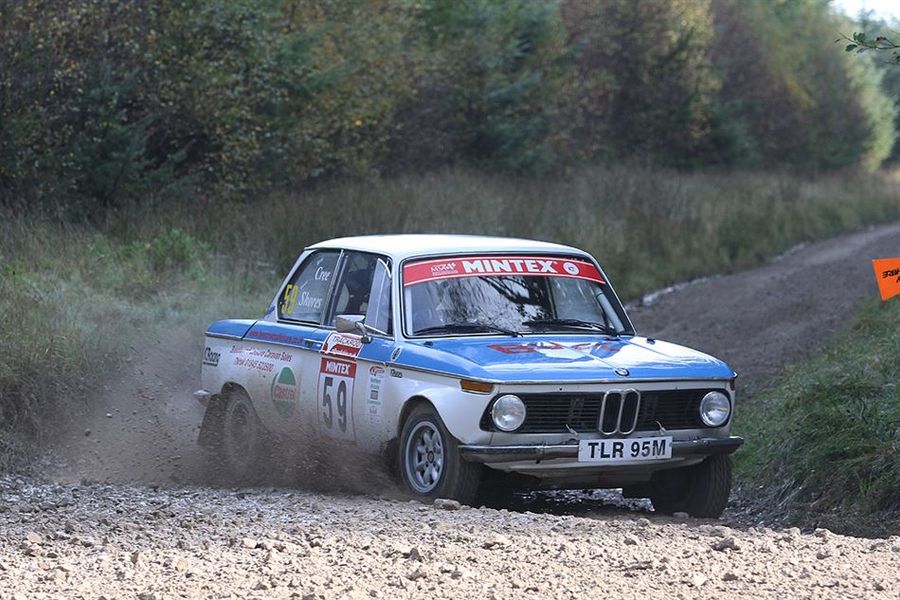 The special award winners from the final round of the 2017 Mintex MSA British Historic Rally Championship, the Trackrod Historic Cup (Friday/Saturday 29th/30th September) have been announced.
Stuart and Linda Cariss (1600cc Ford Escort Mk1), who finished 20th in the historic section of the rally, collected the award for the ‘Best Improvement on Seeding’, which is a set of axle brake pads from Mintex.
The ‘Spirit of the Rally’ product award from Fuchs Lubricants went to James Potter who returned to rallying after a significant operation in June and drove a strong rally with new co-driver Peter Kettle to take 14th place overall.
Finally, Terry Cree won the ‘Hard Charger’ award of a 20-litre jerry can from Green Valley Industrial Supplies. Cree and co-driver Richard Shores had a good run in their BMW 2002 to finish 15th overall and win class C3 on their home event.