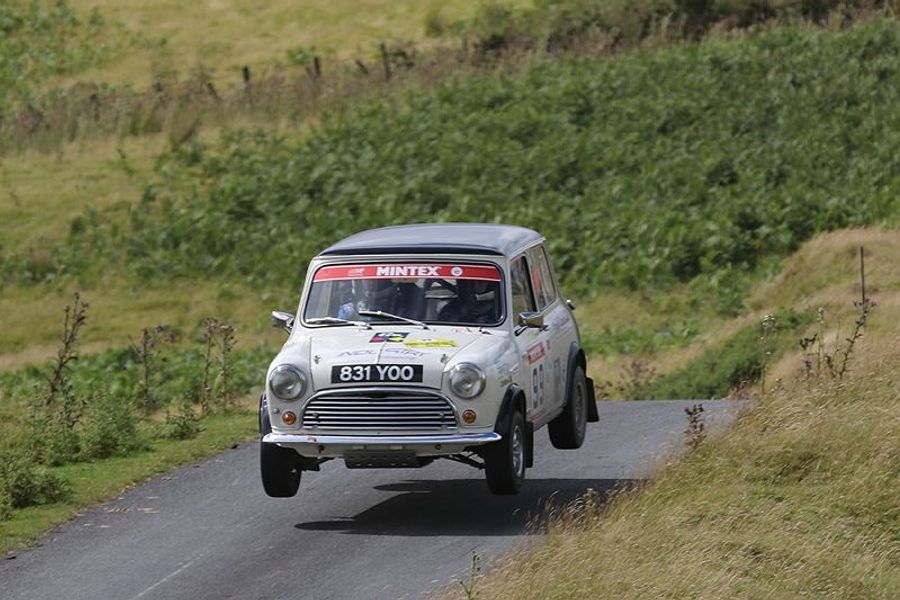 The special award winners from the sixth round of the 2017 Mintex MSA British Historic Rally Championship, the Harry Flatters Rally (Sunday 30th July) have been announced.
John Williams and Gethin Sollis (Ford Escort Mk1), who finished third in Category 2 and won the 1600cc division, collected the award for the ‘Best Improvement on Seeding’, which is a set of axle brake pads from Mintex.
The ‘Spirit of the Rally’ product award from Fuchs Lubricants went to Phil Harris and Richard Suter, Category 1 winners for the fifth time this season. The Mini Cooper has performed faultlessly all season and Harris was quick to commend both his co-driver and RSR Historic Engineering for the result. Other than a late misfire, the car was perfect although a fuel pump problem gave them a scare on the final run in to Brecon.
Finally, Jason Pritchard won the ‘Hard Charger’ award of a 20-litre jerry can from Green Valley Industrial Supplies. With co-driver Phil Clarke, Pritchard bounced back from a troubled opening stage to move ahead and win a tough battle with a result that keeps their hopes of a third title alive.