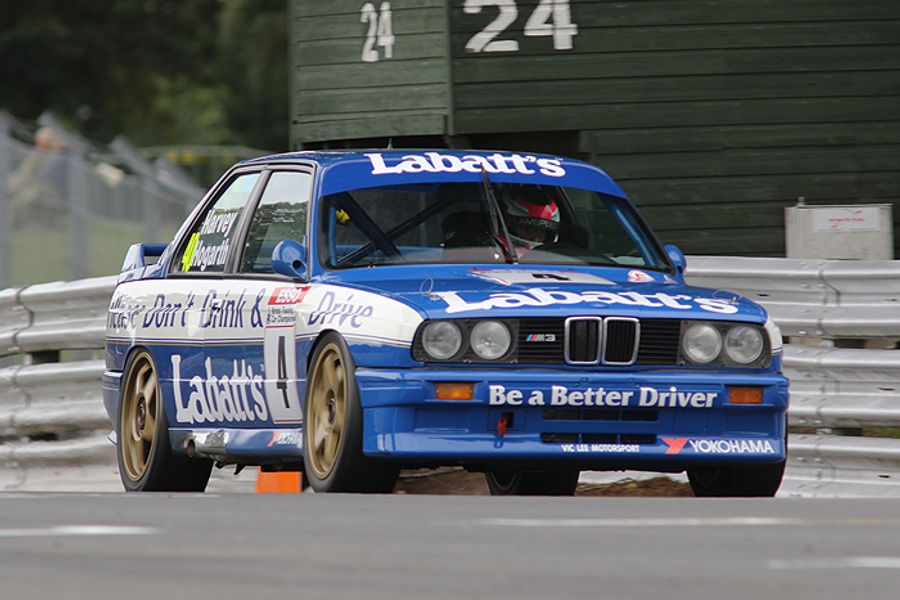 Former touring car aces Tom Walkinshaw, Tim Harvey and David Leslie will be celebrated in this season’s Dunlop Saloon Car Cup as three eras of touring cars come together on one grid. The memory of Walkinshaw and Leslie will be honoured, while current BTCC pundit Harvey will also be celebrated as cars spanning three decades race in the re-worked series from the Historic Sports Car Club.

The series will cover three distinct groups of saloon and touring cars: Group 1, Group A and Super Touring/S2000, and will provide eight races at four high-profile historic racing festivals for cars from 1970 right through to 2006. All three groups will have a dedicated podium after each race.

Competitor response to the DSCC has been excellent. Andy Dee-Crowne, CEO of the HSCC, said: “To date we have taken 35 serious enquiries and another dozen possible, so we are encouraged at where we are with nearly three months to the first race weekend. The Dunlop Saloon Car Cup has been very well received and we now need to convert that momentum into a representative grid for the opening races on the Silverstone Grand Prix circuit.”

The Tom Walkinshaw Trophy will be for the 1970s Group 1 era of saloon car racing and pays tribute to a driver and team owner whose legend and influence spans several eras and genres of motorsport. Tom Walkinshaw made his British Saloon Car Championship debut in 1973 in a Ford Capri, after considerable success in single-seater racing. He then formed TWR, a team that quickly became the benchmark in touring car racing

Tom passed away in 2010, and his son, Sean, has given the family’s blessing to the Trophy. Sean said: “I’m really grateful that the Trophy is using dad’s name. He achieved so much in touring car racing, both as a driver and team owner and it all started in the 1970s Group 1 era. Touring cars were always my dad’s passion and it was the building block for what TWR eventually became.”

The Tim Harvey Trophy will be for the Group A cars of the 1980s. Former BTCC champion, Tim Harvey is ITV’s expert pundit for its BTCC coverage and has fond memories: “The Group A era had it all. Recognisable cars, more power than grip and rear wheel drive. My first BTCC win was in the V8 Rover Vitesse in 1987, but it was the Ford Sierra RS500 that became the fans’ favourite.”

The Super Touring cars of the 1990s will contest the David Leslie Cup, paying tribute to one of Scotland’s fastest and most determined racers. David was a front running single-seater racer and, after winning with the Ecurie Ecosse Vauxhall Cavalier, he became a regular winner in manufacturer teams driving the Honda Accord and Nissan Primera.

Jane Leslie described her late husband’s time in the BTCC: “There are endless happy memories. It was a fantastic era of technology and competition and the family is truly honoured that David’s legacy will be celebrated with this event.”

The David Leslie Cup will include cars from the Super Touring era, but also the lower-cost BTC Touring era that followed in the early 2000s as cars such as the Vauxhall Astra Coupe, MG ZS and Honda Integra do battle. David was also a leading figure in this period, taking the Proton Impian to podium finishes in 2002.