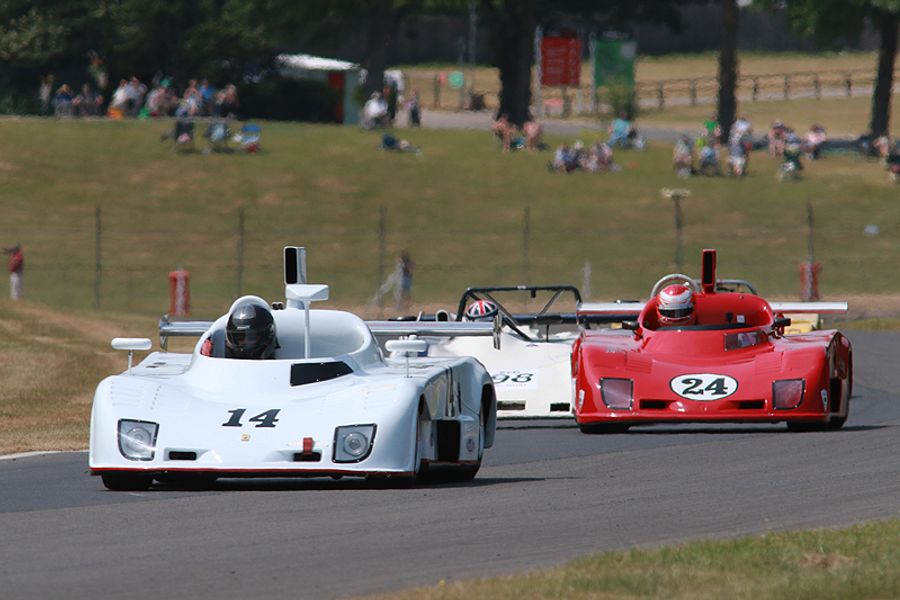 HSCC Thundersports is the fresh branding for the Club’s pre ’80 Endurance Series, which will have pairs of half-hour races on the Silverstone and Brands Hatch Grand Prix circuits as well as a double-header at Spa-Francorchamps.

The new title will evoke memories of the popular Thundersports series of the 1980s, which was created by John Webb at Brands Hatch. First run in 1983, the series was open to a wide range of sports and sports-racing cars and that ethos will be reflected in the HSCC race series. Webb, now 88-years-old, said: “I’ll be absolutely delighted to see the Thundersports name in use again.”

In the 1990s, the Thundersports tag was taken up by the HSCC for the RJB Mining Thundersports Championship and used from 1992 to 2001. Former Grand Prix driver Mike Wilds was a Triple RJB Thundersports champion in the Chevron B31/36 of the late Richard Budge and the Pre ’80 series later grew out of the RJB Championship.

This will be the fourth season of the HSCC-organised series. Cars of the type used in the World Endurance Championship, FIA GT Championship and FIA 2 Litre Sports Car Championship will race, along with Can-Am sports-racing cars from the heydays of the category in the 1970s. Just as in period, Sports 2000s will be encouraged into the series with a dedicated class covering all Ford Pinto-engined cars from right through until 1990.

Andy Dee-Crowne, CEO of the HSCC, said: “The Thundersports title will bring back great memories for many people and we’re keen to re-create those fantastic races with strong and varied grids of spectacular sports and sports-racing cars. We can also offer competitors excellent value for money track time at three of the world’s finest race tracks. Back in the day, Thundersports was chosen to support the Formula 1 World Championship at Brands Hatch and we’ll be back on the Brands GP circuit at the end of June.”