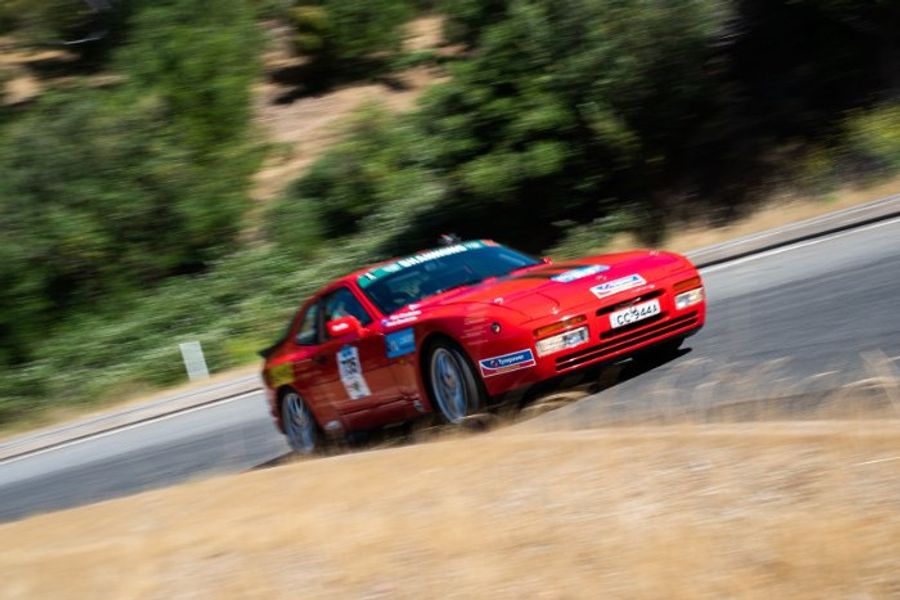 The key classes of the Shannons Adelaide Rally will go down to the wire on Saturday in the Adelaide Hills, with the category wins still up for grabs.

With seven competitive stages remaining tomorrow the results could go either way with a final-stage showdown in the city’s East end a real possibility.

Meanwhile, the overnight leaders in the challenge class were each able to build their overnight margins throughout day three to continue their position at the pointy-end of the field heading into day four. Steven Hevera and Stuart Cavill lead Classic by more than two minutes heading into the final day of their campaign.
Friday’s more than 150km total distance included 45 competitive kilometres – 18.9 of them on the brand-new Marble Hill stage, the longest and toughest of the entire rally.

The action was centred on the inner Hills, including the famous climb to Eagle on the Hill. Following today’s eight stages, all competition and tour vehicles headed to Gouger Street in the city for the Amadio Wines Street Party – the traditional Friday night event that draws thousands of people each year.

The fourth and final day of the Shannons Adelaide Rally includes seven competitive stages for a total of just over 45 competitive kilometres; culminating in the massive East End finale on Rundle street which will see all cars taking to a closed 1-km loop on the road before the celebrations commence that evening.

The precinct will be open to the public free of charge with entertainment, food and drink stands and the entire Shannons Adelaide Rally field on display.

CLASSIC COMPETITION
Classic competition has evolved into a three-way fight for overall honours, with the Nick Streckeisen Porsche 944 – co-driven by his son, Jacob – emerging as a contender across today’s stages.

After an issue SS7 saw them relegated down the order, an overnight review by race officials saw them given a derived time for the stage and as such were injected back into the thick of the action today.
They built an early lead over the thrilling Michael Busby / Damian Reed Mazda RX7 versus Craig Haysman / Julie Boorman Triumph TR7 battle, but found their margin reduced throughout the day.
Three different cars split the seven competitive stages contested across Friday showing how close the competition is.

Haysman won the first timed stage of the day while Busby flew over the 18-kilometre long Marble Hill stage to take further time out of the leading Porsche.

Just 1.5 seconds split the pair of 80’s sports cars after SS20 (Stirling), the Porsche edging out the margin further on SS21 (Eagle on the Hill) thanks to a clutch fifth stage win of the Rally to that point.
Consecutive, if narrow, victories on SS22 (Ironbank 2) and SS23 (Stirling 2) saw the Porsche hold a tenuous 8.1 second margin over the Mazda as the field headed towards Gouger St.
Haysman sits third and only 33 seconds from the Rally lead, while the Pryzibilla / Powell Porsche is a further 27 seconds back in fourth.

CLASSIC CHALLENGE
The overnight leaders in the Classic Challenge were able to build their margine during Day 3 of the Shannons Adelaide Rally. Steven Hevera and Stuart Cavill continued their march forward, though their undefeated streak of stage victories did come to an end this morning.

A brilliant win on SS17 by the Mazda RX7 of Daniel Beck and Benjamin Gillespie saw them end the Porsche’s streak of victories, while a tie with the Porsche on the final stage of the day was also a strong result.
The Von Sanden / Visintin Porsche 944 remains second (-2:21), as they were yesterday, with the Smith / Smith Nissan third (-4:16).

They, however, could face some pressure for the final step on the podium tomorrow with the David Johnson / Marie Wilson Holden Gemini within 40 seconds of third place heading into the overnight regroup.