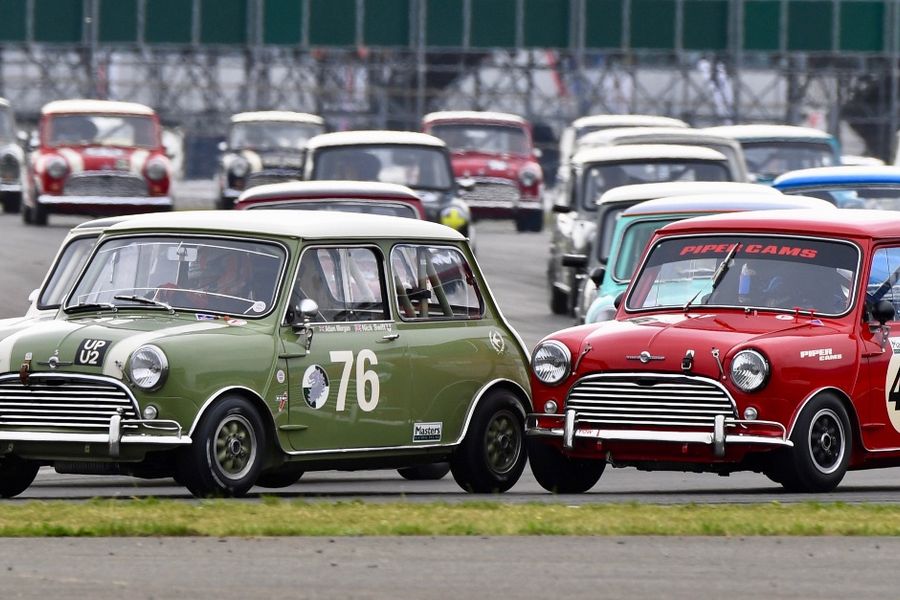 The 2019 edition of the Silvertsone Classic attracted record grids, record car club attendees, record spectator numbers giving a total attendance of 109,000 over the weekend – a significant increase on previous years.

A total of 21 spine-tingling retro races, countless off-track entertainment, packed car club displays and iconic anniversary parades elevated the classic car motor racing event to even greater heights. Following the opening 12 races on Saturday – as well as a second night of ‘rocking’ at the Classic’s renowned live music festival, which this year celebrated the 50th anniversary of Woodstock – there was yet another packed day of entertainment waiting on Sunday. 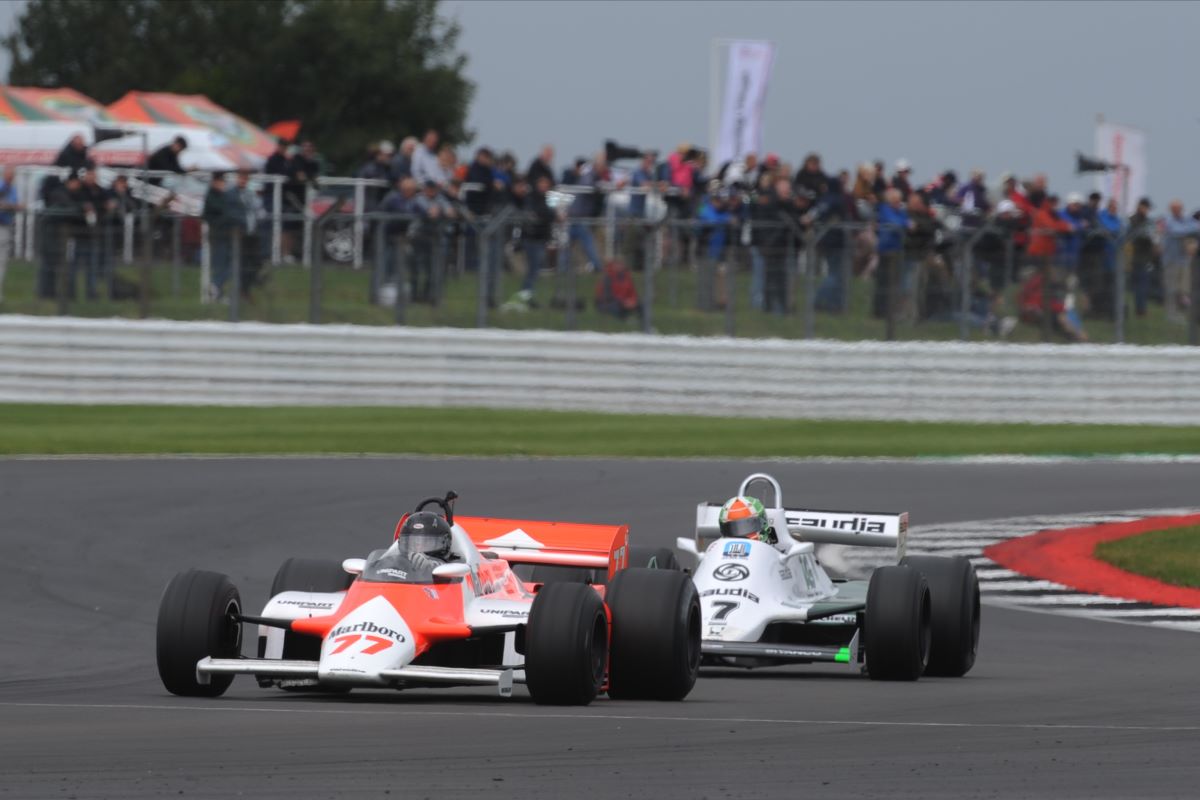 The final day’s on-track headlines arguably belonged to Steve Hartley in the ex-John Watson McLaren MP4/1 – the car in which ‘Wattie’ famously raced from 17th on the grid to the top step of the podium in the inaugural Detroit Grand Prix back in 1982.

It was a beautiful scene of yesteryear as Hartley’s red and white McLaren went toe-to-toe with the Williams FW07C of Mike Cantillon, the former eventually won the closely fought Sir Jackie Stewart Trophy for FIA Masters Historic Formula One contest by just 0.382s.

Another famous Formula 1 rivalry was renewed in the Gallet Trophy for Pre ’66 Grand Prix Cars as old adversaries Lotus and Brabham turned back the clock. Sam Wilson in the Lotus 18 beat Jon Fairley’s Brabham BT11/19 to take overall honours.

Further exciting duels followed in the International Trophy for Classic GT Cars (Pre ’66) as a couple of Cobras eventually got the better of two Jaguar E-types. It was Julian Thomas and Calum Lockie who won the showdown in their Shelby Daytona Cobra from the AC Cobra Daytona Coupe of David and Oliver Hart.

Tin top cars and stars were also out in force during the Historic Touring Car Challenge, which Ford machinery – the most successful marque in BTCC history – fittingly dominated.

Michael Lyons cruised to victory in his Spa 24-Hours winning Ford Sierra Cosworth RS500, whilst Craig Davies stole second on the final corner in an identical machine. That meant Steve Dance had to settle for the final step on the rostrum overall, but he was further rewarded with the Gordon Spice Trophy as the highest placed Ford Capri finisher. The Capri celebrations continued with a special 50th anniversary parade during the lunch break. 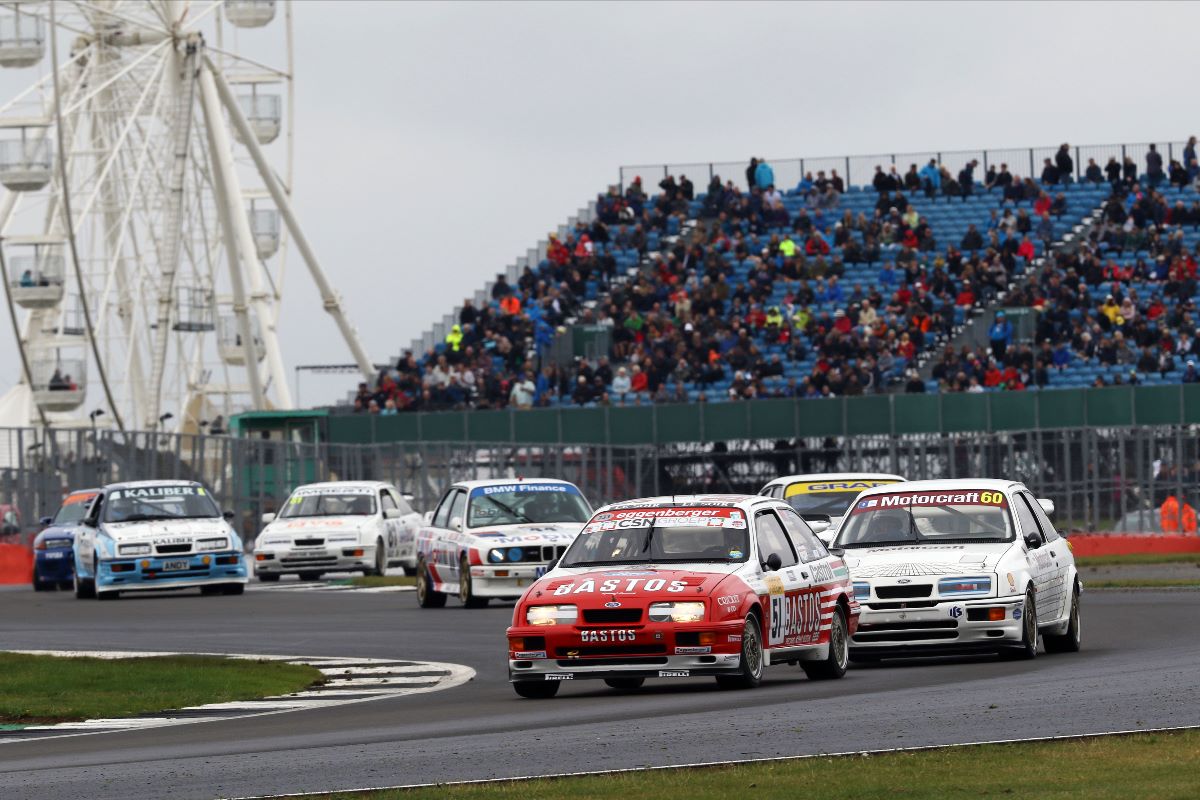 Jonathan Kennard proved to be one of the drivers of the weekend as he took his and Mike Cantillon’s Pescarolo LMP1 to two victories in the Yokohama Trophy for FIA Masters Historic Sports Cars. Kennard and Cantillon went wheel-to-wheel with Le Mans podium finisher Emmanuel Collard to win Saturday evening’s race, but the duo completely dominated Sunday’s affair.

The Mini Celebration Trophy Presented by Adrian Flux provided a fitting end to a weekend which had begun with Paddy Hopkirk leading a 60thanniversary parade of Minis, driving his 1964 Monte Carlo Rally winning Cooper S. It was current BTCC star Adam Morgan who had the final say by claiming victory in his Morris Mini Cooper S.

There was further family entertainment from the tyre-burning Streetcar Shootout, which shared the Shift & Drift Zone with Slowly Sideways Rally Demonstrations and Terry Grant Stunt Shows.

Younger visitors were also able to enjoy all the fun of the fair with a host of rides and activities, which populated the festival’s popular Village Green.

“The Classic lived up to its ‘Rocking and Racing’ billing – the cars were the stars and all the families had brilliant fun,” said Nick Wigley, Silverstone Classic CEO.

“The race programme was the most varied yet and the Mini races in particular will live long in the memory. In truth, the entire race programme has been extraordinary both in terms of great cars and exceptional driving skills.

“As ever, the racing is just part of the huge extravaganza that is today’s Silverstone Classic. This year’s event attracted an unprecedented crowd and we would like to thank everybody for coming, as well as all of the drivers, marshals, exhibitors, entertainers, performers and everyone else who made the event such a huge success.”

For those that were unable to attend – or for those in attendance who would like to relive the whole experience – you can catch all the action on ITV4, who will broadcast highlights immediately after live coverage of the BTCC from Thruxton on 18th August. 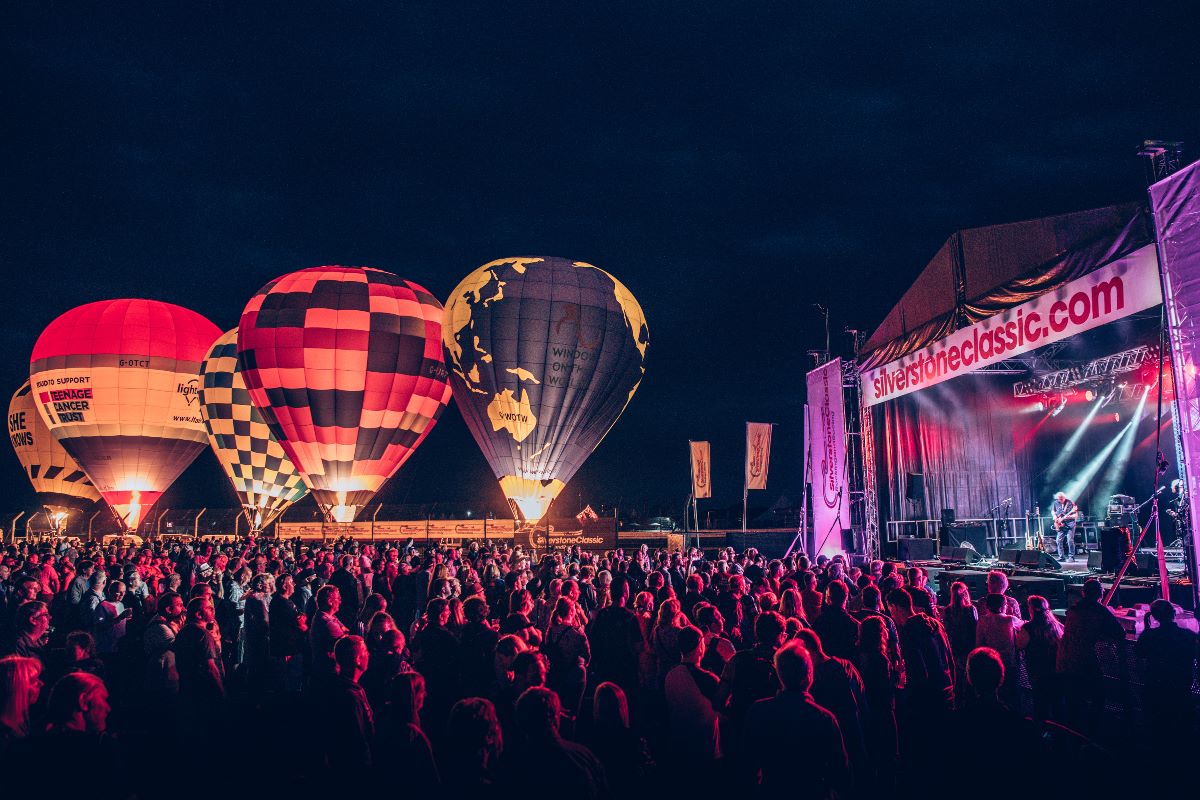