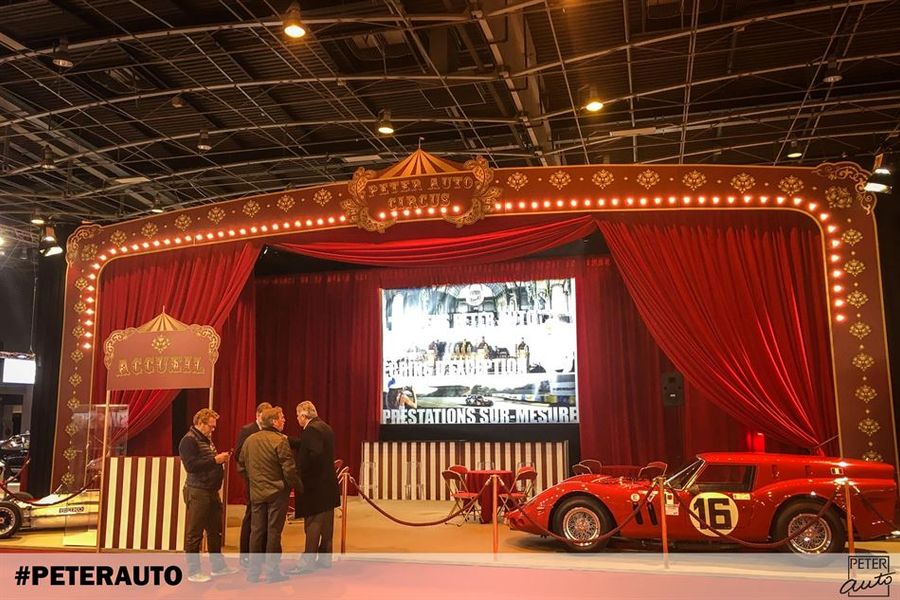 Picture: Peter Auto.
So where would we like to go this weekend? The annual Retromobile exhibition in Paris stands out as the place to be - a huge classic car show that also features a strong motorsport element. Over 500-cars are on show so you are sure to be able to track down your personal favourite, while a hub for race fans has to be the large - and circus-themed - Peter Auto stand in Hall 1.
With a busy schedule of continental historic meetings in store for 2017, Peter Auto also used Retromobile to announce earlier this week the dates for the 2018 Le Mans Classic (see out news story: http://bit.ly/2lydnHC). With examples from their multiple race series on show, and in particular the unique Ferrari 250 GT SWB Breadvan, the stand is a good focal point for any visiter.
Also worth looking into is the Richard Mille stand which features a variety of Formula One  cars which took a different approach to the technical issues of the sport. The display includes the four-wheel drive Ferguson P99 (see our feature story: http://bit.ly/2ly7Fp6) that first raced in 1961, Bosworth’s attest at a four-wheel drive F1 car, and McLaren’s M9A that also never raced after Bruce McLaren was dismayed at its handling during tests. The Lotus 56 explored the same technology and suffered the dame fate - the cars all heavy and suffering handling issues.
Additionally on the stand are two cars that tried to improve handling and grip by adding wheels - the Tyrrell P34, that actually won the 1976 Swedish Grand Prix, and March’s 2-4-0 which doubled up on the rear wheels and was another never to race.
There are a number of other race themed stands to track down and enjoy, and Retromobile is at the Paris Expo, Porte de Versailles until Sunday.
Retromobile Peter Auto

Video: The Delights of the Fiskens Stand at Retromobile