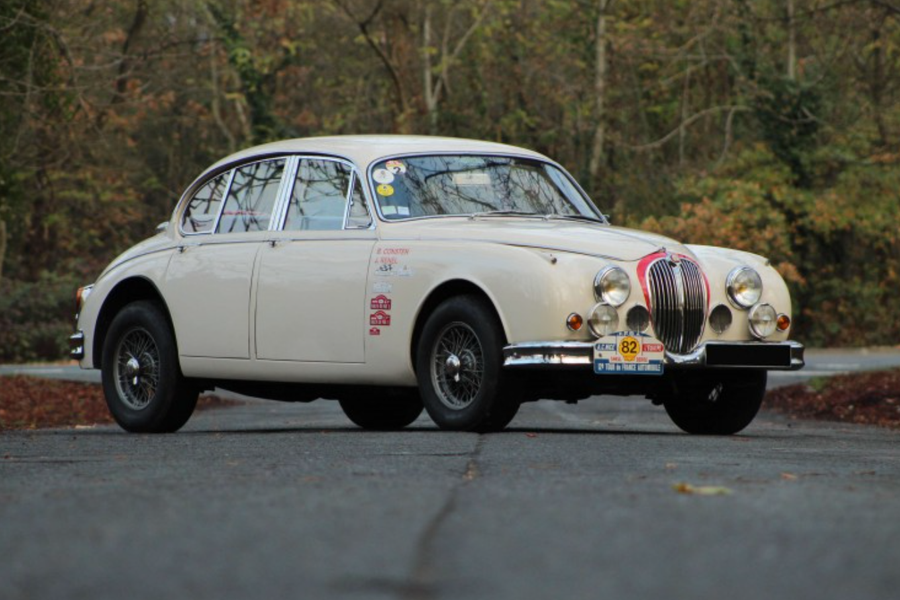 The annual Retromobile sale held by Arcturial in Paris on 8th February saw a mammoth 140-cars (plus a couple of tractors!) come under the hammer. These ranged from the sublime to the…not so sublime, but we have picked out some competition cars which featured in the sale.  Overall the lots which sold achieved a total price of £34.5million.

An amazing feat was to see a collection of 12 of Michael Schumacher’s crash helmets achieve an amazing £283,712 in total, even if one failed to reach its reserve. Quite a few beautiful cars went unsold, whether that is an indication of a softening market or over ambitious pricing is hard to tell.

One such car was the 1931 Bugatti T51 Grand Prix car which had a pre-sale estimate of £3,520,000 to £3,960,000. Originally delivered to Marcel Lehoux it won its first race, the Geneva Grand Prix, in June of that year. In 1932 the car was bought by the son of a Chateauneuf du Pape vineyard owner, Louis Trintignant who died in a racing accident, possibly in this car.

In 1938 Louis’ brother Maurice Trintignant bought the car and finished fifth in his first race at the Pau Grand Prix, wearing his late brother’s racing overalls and linen helmet. Maurice would go on to race much more modern machinery, notably for Rob Walker, into the 1960s. The car was presented in splendid original condition and we expect to see it, after a suitable pause, to reappear for sale at a later date.

Surprisingly to many UK visitors, an Aston Martin DB4 Lightweight failed to find a buyer in spite of a realistic estimate. These cars were built by competitors in the Aston Martin Owners Club series and now are somewhat limited as to where they can run, not being eligible for FIA papers. The eye watering price of road going DB4s must have an influence too.

The headline car, an Alfa Romeo 8C Berlinetta sold for £1.473 million, at the bottom end of its estimate, but a good price nonetheless, which will make a wonderful addition to any collection.

For us, however, the star of the show was the Serenissima Spyder as seen in our feature from the show last week.

This car was originally built as a road car but was quickly turned in a racer in time for the 1966 Le Mans 24 Hours. This was, of course, the height of the Ford v Ferrari era and anything that wasn’t from Maranello or Dearborn was inevitably a sideshow but this fabulous looking car nonetheless took the start only to be side-lined by transmission failure after a few hours.

The car was presented at Retromobile in unrestored state and will require a comprehensive rebuild if the new owner wants to drive it, let alone race it. With this degree of patina the conundrum for the new owner will be whether to keep it as a museum piece or build it back into a racer.

There was a fairly wide spread on the pre-sale estimate of £1,140,400 to £1,584,000.  This car is unique and hence the old adage of ‘it is worth what somebody will pay for it’, was never more true. The strong bidding was indicative of the belief in such an unusual car, which saw the hammer go down at a huge £3,712,544, more than twice the top estimate of this extraordinary racer. We wait with bated breath to see if this car, suitably rebuilt, is on the entry list for Le Mans Classic in 2020.

In all, it was a fascinating array of cars and there was a lot of interest in the room and via internet bids, but it would seem that several cars were expected to sell at a level which the market, on the day, was not prepared to pay.