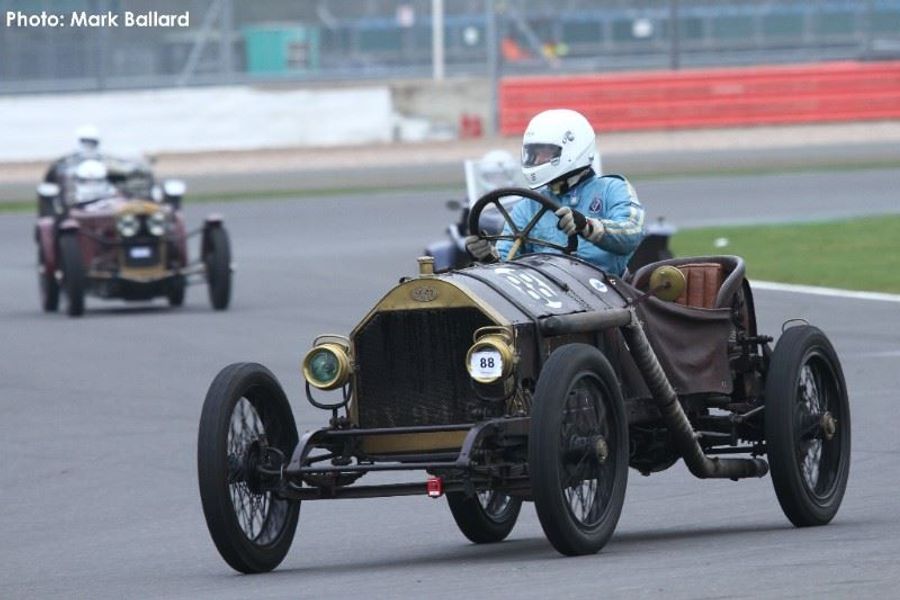 A highlight of the Vintage Sports-Car Club’s annual events calendar for well over 60-years, the legendary Pomeroy Trophy returns to Silverstone this coming Saturday. More than 140 pre- and post-war cars will line up with the unique field of cars range from a pair of 1911 Sunbeams through the decades to modern day with a couple of brand new Porsches.

Having passed the morning’s scrutineering processes, including the famous ‘suitcase’ check – all cars must be able to store two ‘Le Mans’ regulation size suitcases to prove their Grand Touring status or else attract a penalty – competitors face the traditional morning challenges, which include Driving Tests of speed and agility carried out in convoy. They then take to the Grand Prix circuit for one of the afternoon’s forty minute Regularity Trials to complete a designated target number of laps, determined by the event’s complex formula, based on Laurence Pomeroy Jr’s calculations of the efficiency of Grand Prix car engines.

Last year David Wylie claimed overall victory in his BMW 2002. One of two cars built by BMW Motorsport for the 1974/75 season, the car was famously rallied in period by Achim Warmbold and co-driver John Davenport, scoring a significant victory in the 1975 Donegal International Rally. It was entered by KWS Autotechnic of Koblenz, Germany and sponsored by Radio Luxembourg, whose white and green livery still adorns the car today, and was the last rally car made by BMW before the marque switched its focus to circuit racing. 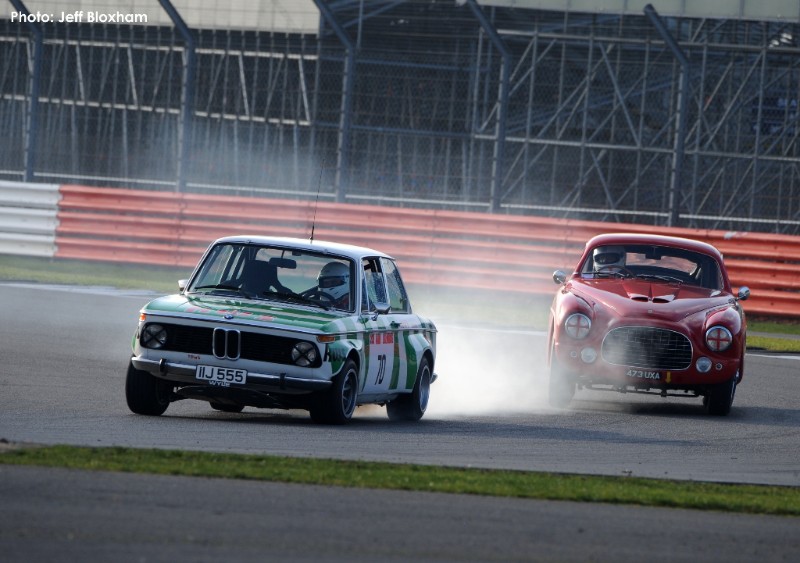 The popular model boasts a history of success in the event, including three overall victories for James Diffey in his 1971 example between 1997 and 2002. Other 1st Class award winners last year included past Pomeroy Trophy champions, Patrick Blakeney-Edwards (Austin Healey), Dudley Sterry (HRS) and Martin Hunt (Frazer Nash), the MG B pairing of Pia Bianchi and Martin Whitlock and the Chevron B8 of Andrew Hall, with Alex Ames the best placed ‘modern’ in his 2002 Renault Clio Cup.

The event is free to enter for spectators with the morning tests commencing at 9am. There will be a Members’ Lounge in the Brooklands Suite and the BRDC Stand will also be open to club members.  This year there will be commentary so that you can follow all the action.