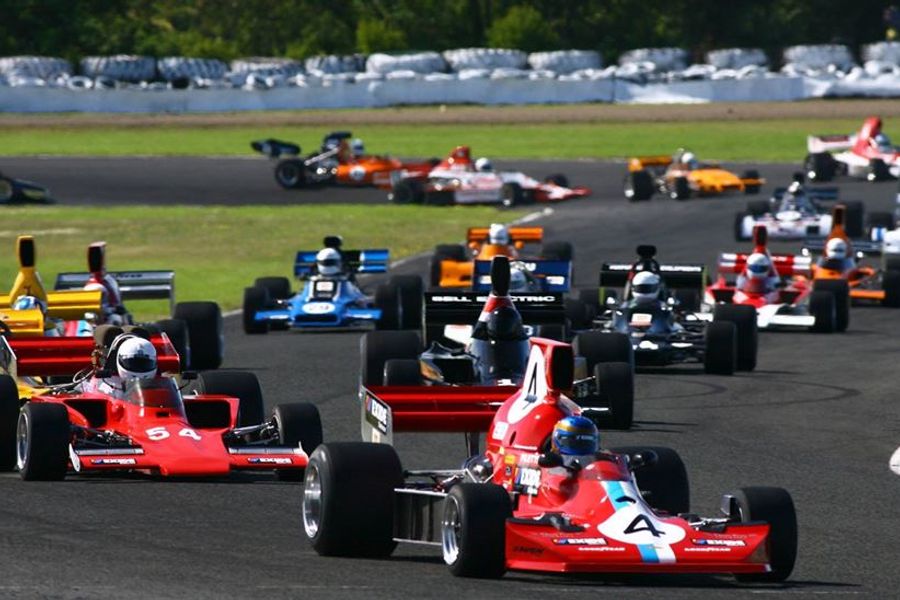 This season though the series kicks off with a support class slot at the biggest mainstream motor racing meeting in the country, the ITM Auckland SuperSprint Virgin Australian Supercars championship at Pukekohe Park Raceway on November 4th and 5th.

"It’s a bit of a coup, isn’t it?" said NZ F5000 Association committee member Glenn Richards this week. "We've had invites to major meetings like the Formula One Australian Grand Prix meeting at Albert Park, before. And we've raced at Pukekohe several times over the years, including at a V8 Supercars meeting, but this is a first time we have run a full points round there since they added the new section on what was the back straight. And obviously, it will be the first time in a while since we have run in front of a crowd the size of the one the Supercars meeting always draws."

Competing at the ITM event will have special significance for SAS Autoparts MSC F5000 series stalwart Ken Smith who won the first of his three New Zealand Grand Prix titles at Pukekohe back in 1976, in a Lola T332 Formula 5000 car.

The just-turned 75-year-old has been contesting the SAS Autoparts MSC series for the past 11 seasons and will celebrate the beginning of his 60th consecutive season racing at a national level at the ITM meeting.

The round kicks off another busy southern hemisphere summer for the SAS Autoparts MSC series, created 15 years ago for genuine, period-correct stock-block V8-engined single-seater Formula 5000 single-seater racing cars build between 1968 and 1977.

The weekend after the Pukekohe meeting (Nov 11th-12th), The Sound radio station-backed 32nd annual MG Classic meeting hosts the second round at Circuit Chris Amon Manfeild in Feilding. Then, after a short break there are three meetings in a row over the traditional summer 'high' season (late January and early February).

The first of these is the second annual Taupo Historic Grand Prix meeting at Taupo's Bruce McLaren Motorsport Park on January 20 & 21, the second at a new HRC-promoted round of the 2018 Castrol Toyota Racing Series at Hampton Downs the weekend after (Jan 27th-28th).