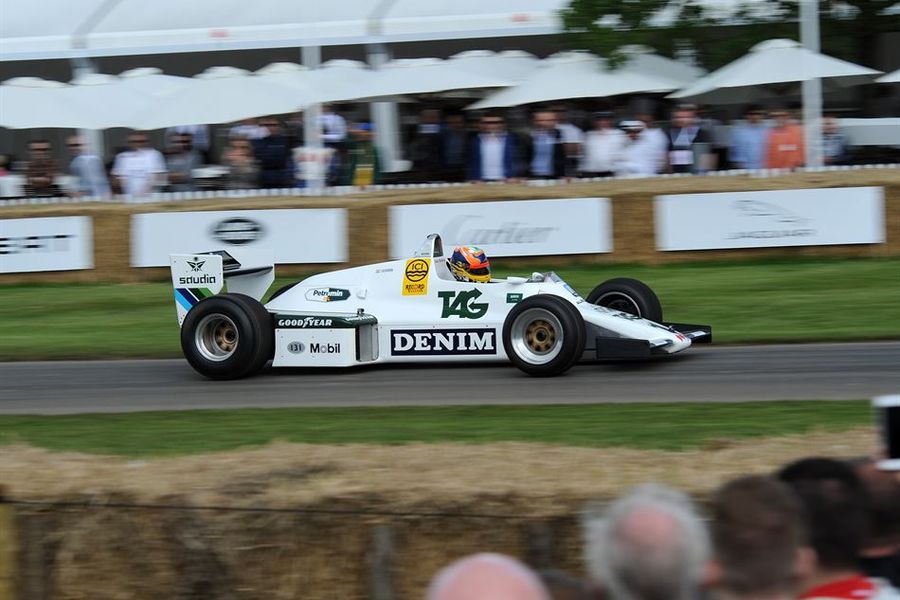 Formula 1 will return to Thruxton for the first time since 1993 at the circuit's 50th Anniversary Celebration weekend (2nd/3rd June), with former F1 racer Karun Chandhok set to take the reins of the flame-spitting Williams FW08C as it blasts around Britain's fastest racetrack.

Damon Hill was the last man to round Thruxton's flat-out sweeping bends in F1 machinery, then in a title-winning Williams FW15C, averaging a stunning 147.25mph. Chandhok – wielding Keke Rosberg's 540kg, 530bhp Ford Cosworth DFV V8 powered FW08C from 1983 – admits he feels like a kid in a sweet shop ahead of what is sure to be quite the spectacle when he takes to the Hampshire speedbowl in June. Notably, it is the first F1 car that Ayrton Senna tested ahead of an illustrious career at the pinnacle of motorsport.
“It looks like it’s going to be a lot of fun and I’m really excited for the event," said Chandhok – himself a fiend for everything historic when it comes to motor racing. “I’ve driven the Williams FW08C a few times before. It’s a very special car with its manual gearbox and Ford DFV engine, which is probably the most important engine ever produced in Formula 1 and it still sounds as good as it did all those years ago. It’s a truly iconic piece of kit, and there aren’t many opportunities to see these legendary cars in action anymore.

“I’ll be giving it a blast at the Monaco Historic Grand Prix before Thruxton’s 50th, which will serve as a nice warm-up. I’d obviously love to open it up properly, but at the same time, I’m very conscious that this car is being wheeled out of a museum for me. That said, as a racing driver, you’re never inclined to take it particularly easy, and I’ll certainly do my utmost to put on a real show for everybody watching.”

It's been some 15 years since Chandhok was last on-track at Thruxton, but it's a circuit he holds in high esteem, citing it as a true one-off and a must for spectators – even more the case given the visual and auditory feast the Williams is sure to imbue.

"I’ve not driven at Thruxton since 2003, back in my British F3 days, so it’s been a little while but I always loved racing there. The action is never anything less than spectacular, with plenty of fantastic, high-speed slipstreaming battles. It’s a unique challenge with its bumps and big kerbs – a proper old-school track.

“I love coming to Thruxton to spectate, too – it’s every bit as enjoyable for fans as it is competitors. Watching at the approach to the chicane at the end of the lap and seeing the cars roaring up the hill towards you is quite a sight to behold – I thoroughly recommend it.”
In addition over the 50th Anniversary Celebration weekend, The Thruxton Centre – Thruxton Circuit’s new, £2 million state-of-the-art hospitality facility – will be officially opened at 12:00 noon on Sunday, 3 June by 31-time Grand Prix-winner and 1992 Formula 1 World Champion, Nigel Mansell CBE alongside his lifelong friend – legendary motorsport commentator and journalist, Murray Walker OBE.

There will be 15 enthralling races and high-speed demonstrations not just by the FW08C, but a host of iconic two and four-wheeled motor racing machinery, while Mansell’s 1992 Formula 1 World Championship-winning Williams FW14B is also set to be displayed. Penned by Sir Patrick Head and legendary F1 designer Adrian Newey OBE, the FW14B was a pioneer of the sport’s game-changing active suspension technology – with ten Grand Prix wins on the way to the Constructors' title as Mansell sealed the Drivers' crown.

Away from the racing and on-track action, static displays and car club reunions, as well as a funfair, live music, overnight camping and a fireworks display ensuring the festival’s family-friendly appeal.