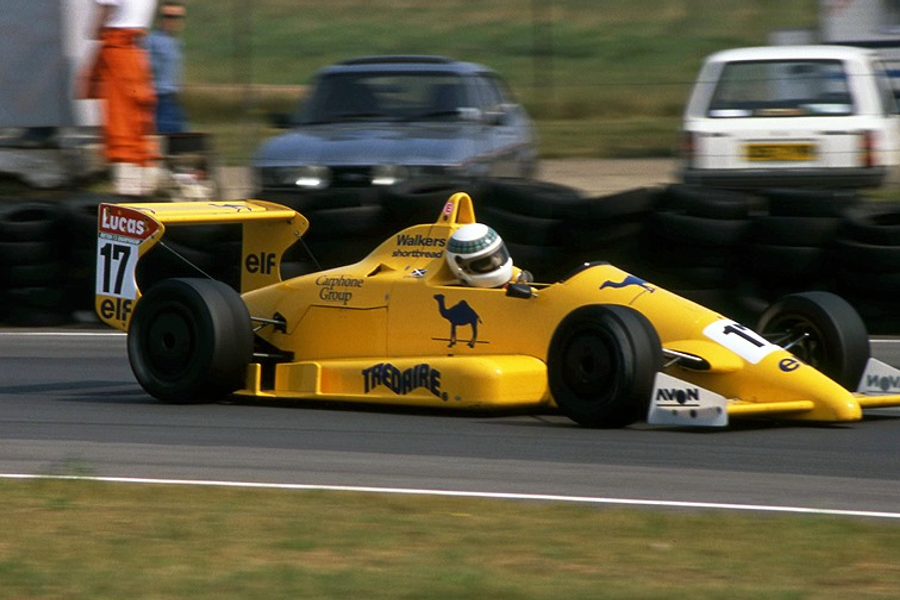 The Historic Sports Car Club has received a very positive response to the Geoff Lees Trophy, a new race category for up to two-litre single-seater racing cars from the 1980s. The series will be open to Formula 2, Formula Atlantic, Formula 3, Formula Ford 2000, Formula Vauxhall Lotus, Formula Renault and Formula Super Vee cars built and raced during the 1980s.

Early enquiries have come from owners of two Ralt RT30s, both with notable histories, several Reynard 883s/893s, an Anson SA4, a Reynard SF88 and a Formula Atlantic Ralt RT4. At least one Formula 2 Toleman TG280 is race ready and Tim Lawrence has just completed a two-year rebuild of the ex-Paul Tracey Formula Ford 2000 Van Diemen RF86.

Cars must be in original specification with only the addition of current safety requirements. Cars should have current FIA papers or HSCC Vehicle Identification Forms as proof of conformity. Pilot races are planned in 2020 before a fuller programme of races in 2021. The provisional 2020 calendar will start at Brands Hatch in late April and then take in races at Pembrey, Cadwell Park and Dijon.

The Geoff Lees Trophy will sit alongside the HSCC’s current portfolio of categories, most of which cater for cars up to the start of the 1980s. The cut-off dates for all of the existing categories will remain unchanged.

Andy Dee-Crowne, CEO of the HSCC, said: “We have been very encouraged by the early response to the Geoff Lees Trophy and it is clear that there are a number of cars out there that could be on the grid in 2020. This is a series that will need time to grow but I think we are off to a good start.”