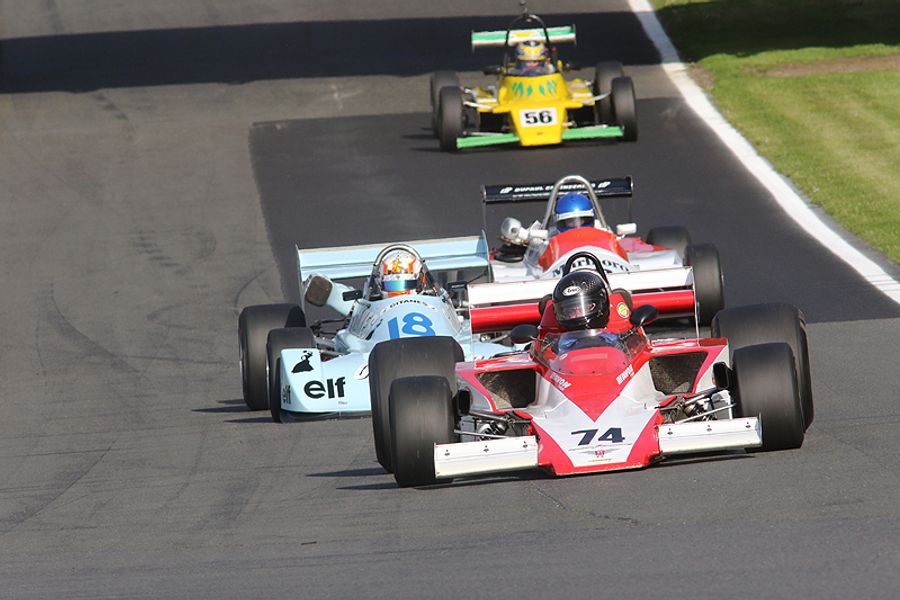 The Historic Sports Car Club’s XL Aurora Trophy will wrap up with an excellent 22-car field at the Silverstone Finals Meeting this weekend (19th/20th October). Powerful single-seaters from the 1970s will make a tremendous spectacle in the final double-header for a field boosted by eight Formula Atlantics, which will race alongside Formula 1, Formula 5000 and Formula 2 cars.

Six mighty F5000s will be topped by former series winner Michael Lyons who will step back to an earlier car than his usual Lola T400 to race the T300 regularly raced by Keith Norris. Matthew Wurr will race the ex-Peter Gethin McLaren M10B and Alex Summers, second in this year’s British Hillclimb Championship, will race his father Richard’s early non-winged Lola T140.

A strong contingent of Formula Atlantic cars will include the ex-Jim Crawford Chevron B45 of Steve Worrad, which makes a return to racing in the UK after a lengthy absence. The leading Formula Atlantic car on aggregate over the two races will win the Jim Crawford Trophy in memory of the British racer who made his name in Formula Atlantic before rising to Formula 1 and Indy Cars. It is hoped that period F1 racer Mike Wilds will be on hand to present the trophy.