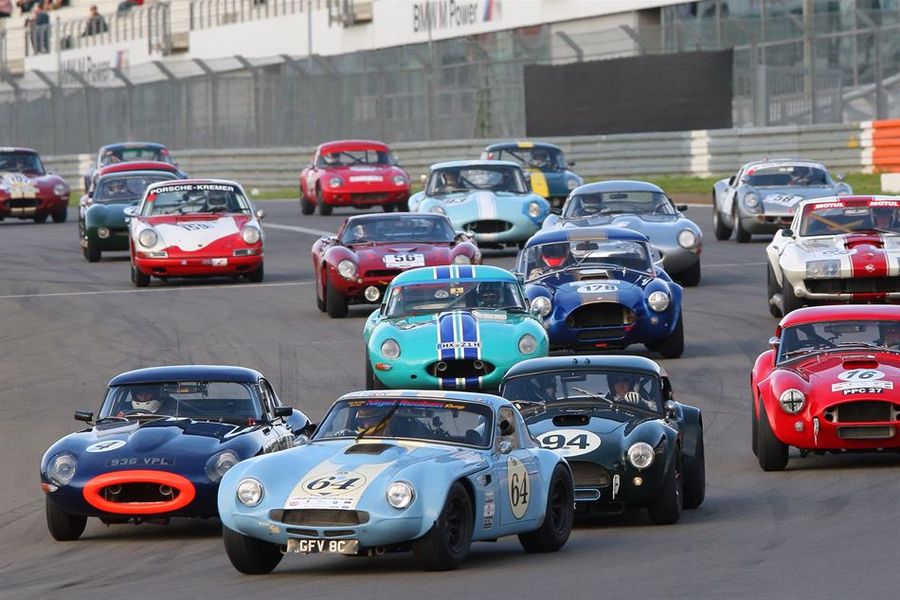 Stena Line has been announced as new title sponsor of the Gentlemen Drivers series, the popular Pre-66 GT category run by Masters Historic Racing. Stena Line is one of the world's largest ferry operators and the largest privately-owned shipping company in the world boasting services to Denmark, Germany, Ireland, Latvia, the Netherlands, Norway, Poland, Sweden and the UK.
Stena Line will reward the Stena Line Gentlemen Drivers 2016 title winner with a Schuberth carbon crash helmet worth £4000, the runner-up with a custom Freem race suit worth £800 and the third-placed finisher with a pair of Freem race boots. In addition, they are offering up to 20% off freight rates and up to 40% discount on driver, van and motorhome rates to Masters Historic Racing competitors.
“We are thrilled that Stena Line has come aboard as a championship sponsor,” said Ron Maydon, President of Masters Historic Racing. “We have a relationship that goes back many seasons but it is excellent that we can give our Gentlemen Drivers competitors a headline sponsor. I am sure this is the start of a very fruitful association for Stena Line, Masters and our competitors.”
Lars Olsson, General Manager at Stena Line says: “I am delighted to be working with such a prestigious motor racing series as the Masters. I hope that through our partnership we will be able to bring an extra dimension to the races and valuable benefits to the teams.”
Gentlemen Drivers series Masters Historic Racing Stena Line Pre-66 GT category