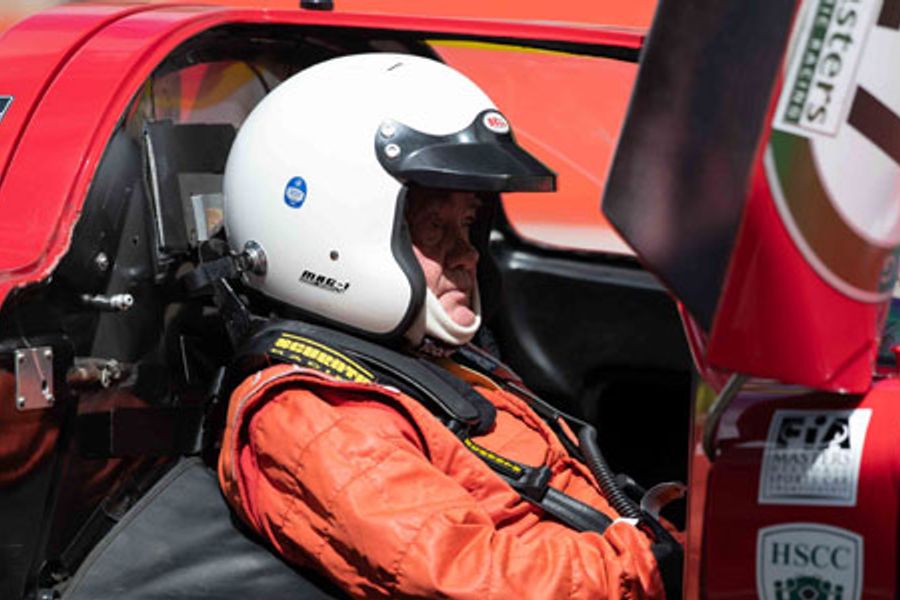 Masters Historic Racing have very kindly given us permission to share their interview with sportscar veteran John Sheldon, who discusses his lengthy career with Mattijs Diepraam, a  long race history that has taken in single-seaters, Le Mans, the classic Group C era and now historic racing, where he competes in a Chevron B16 in the FIA Masters Sports Car Championship. In action at last weekend's Silverstone Classic, John showed he can still be as competitive as anyone by qualifying quickest in class in his Chevron for the Yokohama Trophy for FIA Masters Historic Sports Cars race, following that up with the class win in the 50-minute event!

Q. If there is a veteran driver in the Masters field, it’s you.
It’s been fifty years since my first race! I’ve done Formula Ford, Formula 3, then switched to saloons and sportscars. My first Le Mans was in 1980 – I count that although I didn’t qualify.

I also did my first Daytona in that year, and seven or eight more after that – and 12 Le Mans starts in total. If you look it up in the big Janos Wimpffen book you’ll see I had 44 participations in World Endurance Championship races. In 1981, I won the British Sportscar Championship, and in 2009 I took the CER championship.

At the beginning of the 2000s I also started rallying, and won the Tour Auto, the Tour España and the Rally Sardinia. So quite a varied career! 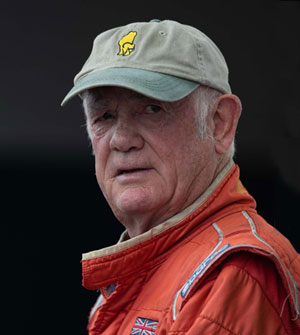 Q. How did the switch to historic racing come about??
I stopped getting any drives in Group C! My last Le Mans was in 1992. You go through these stages – first you are getting the drives for free, then it goes from paying a bit for it to actually having to pay for it all. I love competing, and at my age you can’t compete in a modern car. And these are beautiful cars. I raced Chevrons in period, and the B16 is one of the most beautiful cars out there. Fair enough, the 917 is prettier but then you are spending millions…

Q. Your first-ever Masters event?
We ended up staying with the B16, so we did Supersports, then the CER, then Masters, so it must have been 2010 – I can’t really remember!

Q. Are you in it to win it – or just for fun?
Unfortunately I still want to win! Oh, I’d do anything to win… I love the racing, it’s too expensive to just drive around, isn’t it? I always look where I am overall – these cars used to be outright winners. It’s just that other cars have seen much more development than the B16 was allowed.

Q. Why doesn't Masters go to...?
Actually, the Turkish Grand Prix circuit was very good, I raced that in CER. I would love a try at a couple of tracks in the Middle East – Bahrain and Abu Dhabi. And Montreal is a track with real character. We’ve lost a bit of that with what I call the ‘wide open spaces’. Then again, as you grow older, you come to appreciate those wide open spaces just a bit more…

Q. The best car you ever drove?
The really best one was the Le Mans Spice in 1992, with the 3.5-litre F1 engine. It was like an armchair – cool and really quick. But my favourite car is the Lotus 69 Formula Ford that I raced in the early days. Why? Because you wore it like a glove.

Q. And the worst?
The first Le Mans when I didn’t qualify was in a Triumph TR8 Turbo. So later on, I got a rally TR8, laboured one-and-a-half year on it, took it to a meeting and it didn’t work. All that effort… 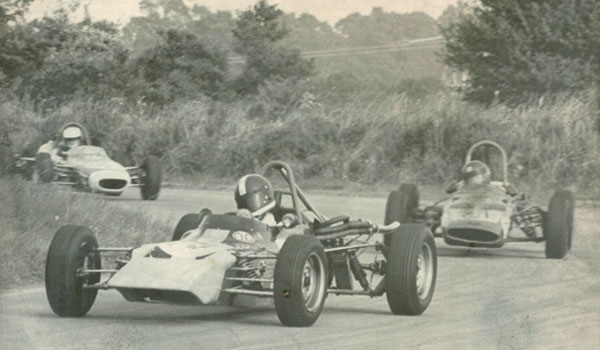 I’ve been very lucky, I’ve had some terrific ones. I remember a Formula Ford race at Silverstone back in 1972 with Frank Sytner, Tiff Needell and Stephen South. They all went for the inside at Becketts, so I went on the outside and got it by the shortest of spaces… Then there’s Le Mans 1987 in Charles Ivey’s Porsche-engined Tiga. I went 236mph on the Mulsanne straight! And in historics I have fond memories of the BDG engined B19 that I raced in Supersports. That was great racing.

Q. And your worst day in racing must surely be your Le Mans crash of 1984…?
I suppose it has to be, yes. A tyre burst, the car broke in half, with me strapped to the back half, and then there was a fire… I don’t dwell on it, it shouldn’t have happened. I had 50 operations but got back to Le Mans the following year and finished second in class – that was probably the most satisfying accomplishment in my life.

Q. The rival in the paddock that you fear and respect the most?
I don’t fear anyone! But I have huge respect for a whole lot of my peers, like Jason Wright, Simon Hadfield and Andy Wolfe. Andy’s just been made a member of the BRDC – and being a member is probably the thing I’m most proud of in motorsport. Also the way he’s built up his business, and he’s a clean racer, he doesn’t smash into others.

Q. Your best mate in the paddock?
That has to be Richard Walbyoff of RW Racing Services Ltd. He’s been with me every race since he rebuilt the Chevron B16.

Q. You are 72 now and still quick. What keeps you going?
At almost 73, the effort of staying fit is getting tougher, but it has to be the desire to compete, to achieve as much as you can with the equipment you’re given. 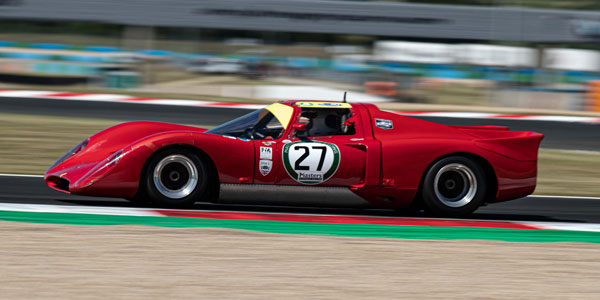