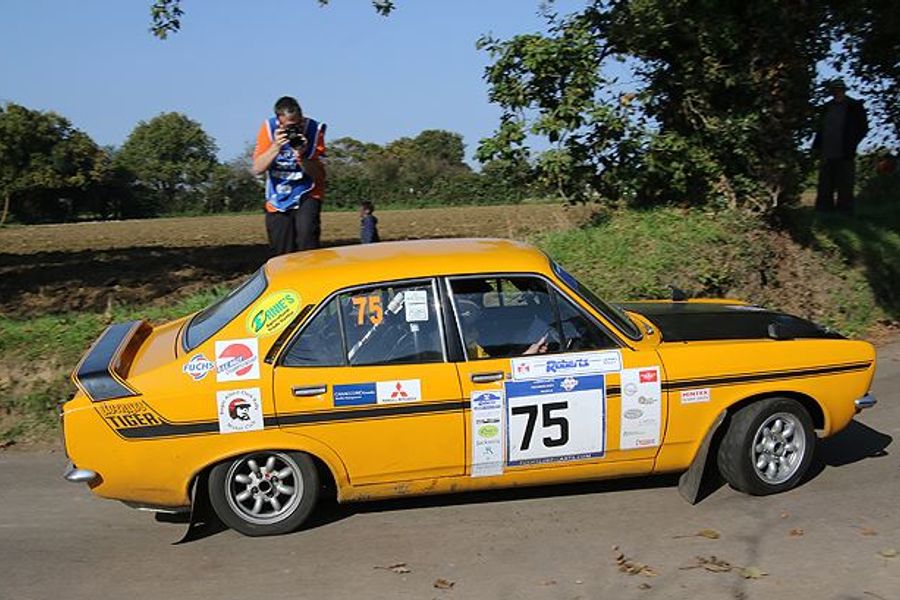 The calendar for the 2018 Fuchs Lubricants RACRMC Historic Asphalt Rally Championship has been announced and will again comprise seven rounds at six events. The championship is for two-wheel drive historic cars from up to the end of 1990, and is organised by the Roger Albert Clark Rally Motor Club alongside the MSA British Historic Rally Championship.
The 2018 calendar replicates the successful 2017 schedule and highlights include a double-header round on Rally Isle of Man in September, the Jersey Rally in October and the Salamandre Rally in Belgium in April.
The season will conclude with the Jersey Rally on Friday/Saturday 12th/13th October. The recent 35th running of the event was the first time it had been a round of the championship and the rally received very positive reports as a challenging event on excellent roads and with a warm reception for visiting crews. The route will cover up to 120 stage miles on the beautiful island and it is hoped that more championship contenders will build the event into their 2018 plans.
Championship manager Colin Heppenstall said: “We were very pleased with support in 2017 with up to 25 crews taking part in cars from across all ages of historics. We’re planning to build on that next year and are delighted to maintain stability in the calendar.”
The best five scores from seven rounds will count towards the championship, thus giving competitors a good choice over which events they contest.
The provisional schedule (subject to MSA approval) is:
March 3rd/4th: Bovington Stages (Dorset)
April 22nd: Rallye Salamandre (Belgium)
June 3rd: Mini Epynt Stages
July 29th: Harry Flatters Rally (Epynt)
September 13th-15th: Rally Isle of Man – double-header
October 12th/13th: Jersey Rally
Two of the events, the Harry Flatters Rally and Rally Isle of Man, are also rounds of the MSA British Historic Rally Championship. Crews will be able to score points towards both championships on those two events.