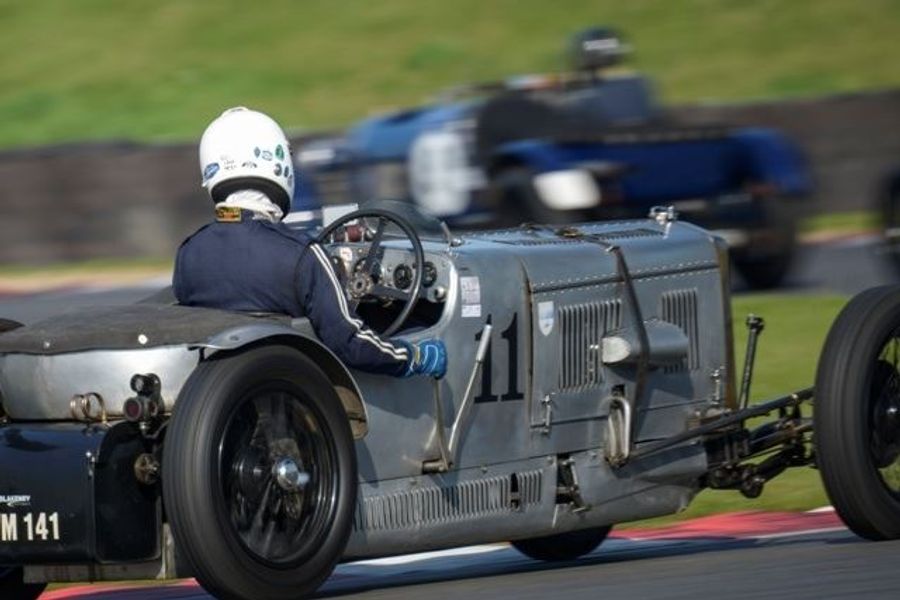 Snetterton race circuit in Norfolk is preparing to host the end of season showdown this weekend, Saturday 27 September, for AMOC Racing’s final race meeting of 2014.For the past six months, over one hundred and fifty competitors have battled hard across the broad programme of AMOC Racing events with one aim in mind: to be top of the leader board. All eyes will be on the AMOC Intermarque Championship which goes down to the wire with only a handful of points between the current top four. Ferrari 355 driver Wayne Marrs will be out to clinch third place in the standings by seeing off nearest rival Stephen Atkinson in his Porsche 968, whilst current championship leader and Ferrari 355 ace Tim Mogridge only has a one point advantage to Rob Hollyman’s Porsche 964.
The Aston Martin faithful will be willing on Peter Snowdon (Aston Martin DB4 Lightweight), Kevin Norville (Aston Martin GT4) and Chris Scragg (Aston Martin V8), as good scores from this group could give the marque overall victory. The race is the third in a programme of seven, which commences with a healthy dose of nostalgia in the AMOC ‘50s Sports Cars including the Vredestein Jaguar XK Challenge. Fred Wakeman will be aiming to thwart Darren McWhirter’s Lister Jaguar dominance in his stunning Cooper T38. The Pre-War Team Challenge features some of Britain’s finest marques. The driving skills of Patrick Blakeney–Edwards in his iconic Frazer Nash ‘Owlet’ saloon are not to be missed, as he skates the nimble ‘chain ganger’ around the goliath Bentleys and Lagondas on a charge to victory. Lady racers are flying the flag in the "Equipe" GTS race with Suzanne Sears, daughter of the legendary Jack Sears, out in her MGB alongside Hannah Reed, the next generation of the Reed family Aston Martin racers, making her track debut.
There will be nearly two hours of action from the 1950s and 60s Touring Cars of the Historic Racing Drivers Club, who have their penultimate ‘Allstars’ and ‘Touring Greats’ races of the season. The programme concludes with the final outing of the year for the ‘Innes Ireland Cup’ for Pre ’66 GT and Touring Cars.Morning qualifying commences at 09.00am with the first race at 12.55pm.