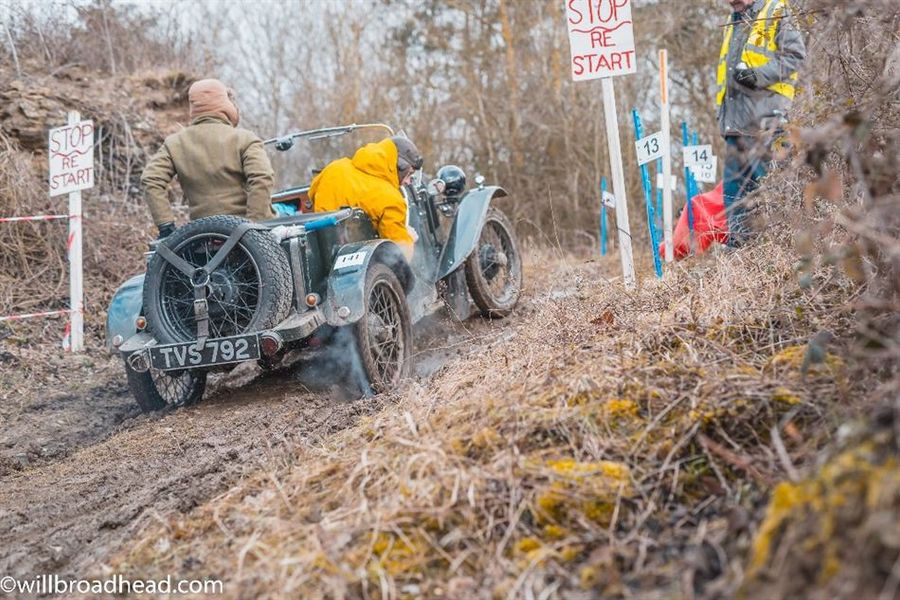 The weather played a major role over the weekend at the Vintage Sports-Car Club Herefordshire Trial based around the historic How Capel Court.  A maximum entry of 110 Competitors and at least the same number of marshals braved the freezing temperatures and snow showers on Saturday morning to take on the challenge of the eight sections on Saturday on hills scattered through the beautiful Herefordshire countryside.

The weather conditions barely improved as the day progressed as the competitors in their pre-war cars rose to the challenge of the very muddy and wet hills, whilst the marshals were the real heroes staying on post throughout the day so that the Trial could continue. After the day’s competition had come to an end many stayed at How Capel Court for a well-deserved supper and opportunity to share the highlights of the day. Sadly, the weather closed in overnight and we awoke to at least 4 inches of snow.  The safety of all concerned is paramount and so a very early decision was made by the Clerk of the Course to cancel the second day of competition. 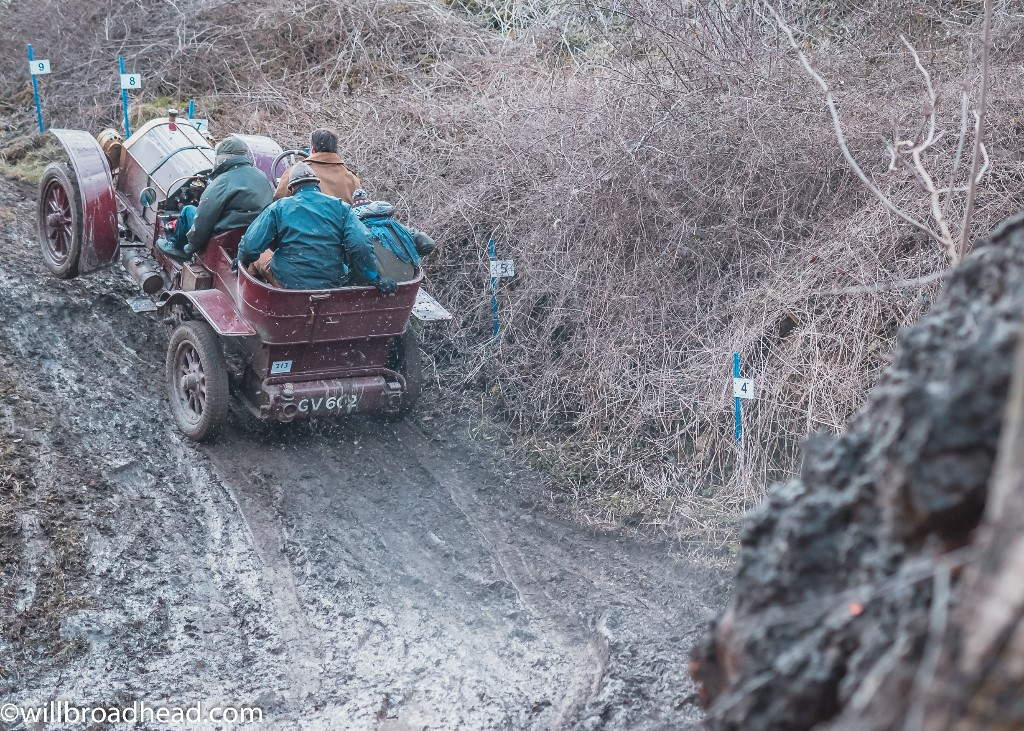 Despite the very challenging conditions on Saturday there were three competitors who managed to score maximum points and so the timed tie-break at Deans Place was required to split the field. Donald Skelton (Austin 7 Sports) was the first amongst equals with the fastest time in the tie-break, closely followed by Simon Price (Ford Model A Special) and Peter Batty (Ford T).