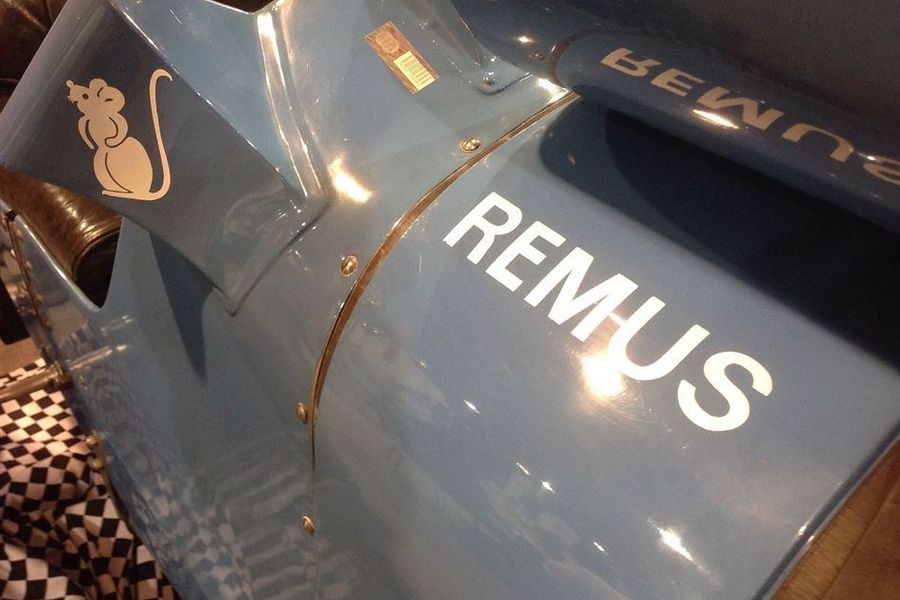 The Vintage Sports-Car Club’s celebrated Silverstone ‘Spring Start’ Race Meeting takes place next weekend, Saturday 18 April. The long-established season opener for Vintage and Historic Racing in the UK will welcome over 200 historic machines for an 11-race programme at the spiritual home of British motorsport.
Returning to a one-day format for 2015, the day will include traditional VSCC events in the form of the Club’s illustrious GP Itala Trophy Races, catering for the club's core competitors of Vintage, PVT and Historic Racing and Sports-Cars.
The first Vintage Sports-Car Club event to be held at Silverstone was a sprint on 23 April 1949, soon followed by a full public race meeting on 2 July of the same year. In addition to the High Speed Trial, which also remains a regular fixture of today’s programme, this first meeting also hosted the GP Itala Trophy Race for Pre-1931 Vintage Racing Cars – from which this meeting today takes its name – and won convincingly by R. Habershon in his Delage. This was the same car/driver combination to win this trophy when it was run for the first time two years earlier at the very first race meeting to be held after the Second World War, jointly hosted by the VSCC and Cambridge University Automobile Club at Gransden Lodge.
The day will also see the VSCC Mark the 30th Anniversary of the Patrick Lindsay Memorial Trophy Race, which will bring together the very best Grand Prix Cars of the immediate Pre- and Post-war eras, the latter group to contest the Amschel Rothschild Trophy. Patrick earned legendary status for his dominant racing partnership with ERA R5B ‘Remus’, and the race this year will feature a trio of the revered voiturettes on the grid to honour him once again.
The VSCC will also be debuting their new venture of Premier Cru Racing, a grid of original Pre-1941 Racing Cars from the likes of ERA, Alta, Bugatti and Maserati, a showcase for the pioneering years of Grand Prix Racing of the 1920s and 30s. The series has enjoyed a number of successful one-off outings over the last couple of seasons at Silverstone and at Snetterton and it is now planned to develop this grid into a permanent fixture of VSCC Racing. In addition to Silverstone, the VSCC will also host rounds at Oulton Park (18 July) and Snetterton (27 September) in 2015.
As ever, Pre-war Sports-Car fans will not be disappointed, with the Fox & Nicholl Trophy Race for Standard & Modified cars and Silverstone Trophy Race for Specials both sure to be highlights on the day, whilst full grids competing in the ever-popular All-Comers Pre-war Handicap and Scratch short formats should also prove a spectacle.
The day will be complemented by Invited grids from FISCAR, whose Post-war Sports-Cars from manufacturers such as HWM, Jaguar and Aston Martin return to celebrate the wonderful career of George Abecassis, and a race for 1950s Sports Racing Cars, who never fail to put on an entertaining show.
There is sure to be machinery on display to satisfy all interests whilst the traditional Trade Village, a display from Club Principal Associates, Bonhams and free Paddock access will also enhance the spectator experience away from the track too.