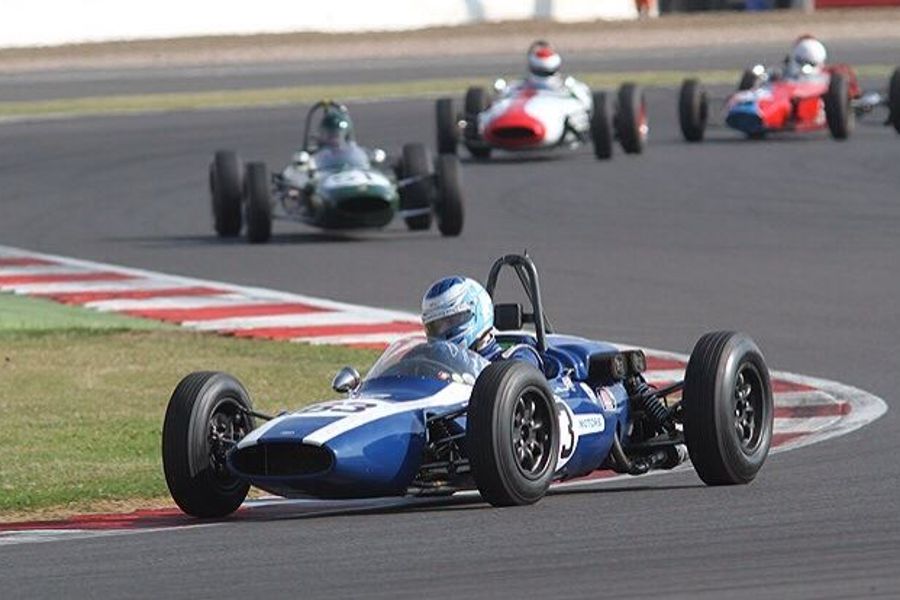 Five of the Historic Sports Car Club’s race championships will be settled at Silverstone this coming. Saturday, October 18th, during the club’s annual Finals Meeting on the National Circuit. With nine quick-fire races in less than five hours, it promises to be fitting conclusion to the club’s championship season.

Four drivers are bidding to clinch back-to-back crowns including Road Sports racers Oliver Ford (Lotus Europa) and John Shaw (Porsche 911), who are defending titles in the 70s and Historic categories respectively. While Shaw has the upper hand over rival Kevin Kivlochan (Morgan +8) among the older cars, Ford will lose his 70s crown to former champion Peter Shaw (TVR Tuscan) if the TVR driver finishes the race.

In Historic Touring Cars, Tim Davies (Lotus Cortina) will retain his crown if he takes at least second in class as he battles to fend off the Hillman Imp of former champion Simon Benoy. Welshman Davies goes into the race with 99 points to Benoy’s 90, but Davies has to drop a score of four and so needs second in class to be sure of the title, assuming Benoy wins class E again. The Imp racer is unbeaten in class in the 10 races he has finished.

Marcus Mussa (March 763) and David Shaw (March 803B) are level in Classic Formula 3, and with no dropped scores to factor in whoever finishes ahead will be champion.

Meanwhile Jon Milicevic (Cooper T59) has a small advantage over reigning champion Mark Woodhouse (Elva 100) in the Millers Oils Historic Formula Junior Championship. Towcester-based Milicevic should be the man to beat at his home track, although his friend and rival Sam Wilson will be a major challenger in his similar Cooper T59.

Jonathan Baines (Merlyn Mk20) is already confirmed as champion in the HSCC Classic Racing Car Championship, but it is former champion Ian Jones (Lotus 59) who heads the entry from the similar car of Antony Ross. More single-seaters will contest the final round of the Derek Bell Trophy, where the destiny of the end-of-season award remains wide open. Neil Glover fields a Formula 5000 Chevron B37 against the Lola T300 of Ian Ashley and the Gurney Eagle FA74 of Frank Lyons.

Finally, the Guards Trophy season will conclude with a 20-minute sprint race which should be another mighty contest between the Chevrons and the Ginetta G16 of James Dodd. The title, however, is already settled in favour of TVR Griffith racer Mike Whitaker. Quickest of the Chevrons will be Michael Schryver (B6) and Hugh Colman (B8) while the leading GT cars include Paul Tooms (Lotus Elan), John Spiers (TVR Griffith) and Bob Brooks (TVR Griffith).

After qualifying from 9am, the first of eight races will be at 12.50. Adult admission is just £10.