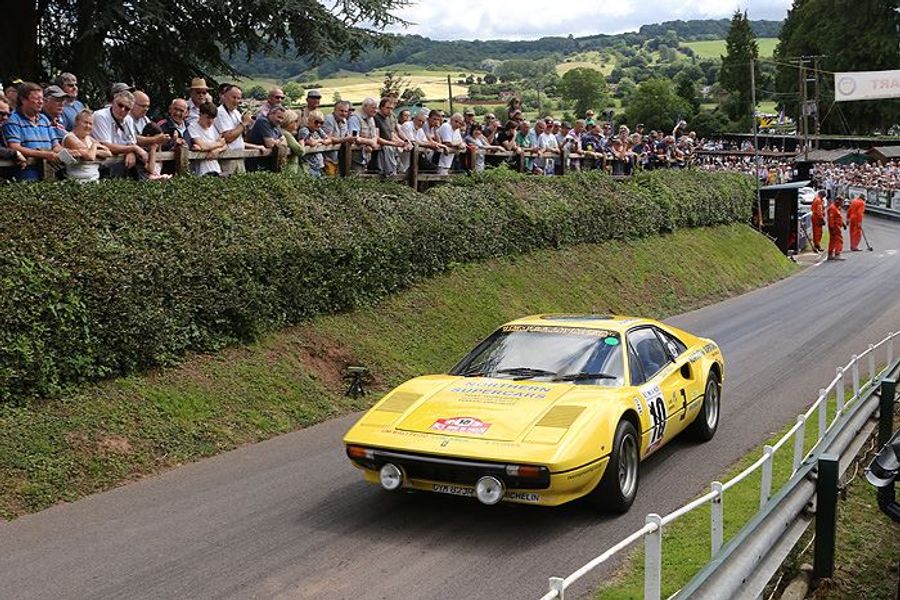 Two spectator stages at the Shelsley Walsh Hill Climb will get the 2017 Roger Albert Clark Rally off to a spectacular start on Friday 10th November.
Before the rally heads into the Welsh forests for the opening day of action, the cars will tackle two special stages on the famous hill climb course near Worcester. It is believed to be the first time in the venue’s 112-year history that it has hosted a rally special stage and will also be the first time that Shelsley has been used competitively downhill.
Following event documentation at Brightwells in Leominster, the rally cars will gather at Shelsley Walsh for the start of the rally at around 9am on Friday. The cars will tackle two special stages, both run at 30-second starts. After the pair of Shelsley Walsh stages, the rally cars will have a short service halt in the main paddock and a re-group control before heading into the Welsh forests.
The opening stage will run from the hill startline to the finish and the second will run back down the hill before turning left at Kennel Bend to finish on the gravel access road across the top of the main spectator car park. Several chicanes will be added to the hill to control speed on the descent. Cars will complete both stages in batches of up to 30-cars to ensure non-stop action for spectators.
Shelsley Walsh is the world’s oldest motor sport venue using its original course and was first used in 1905. However, this November will mark a first in the history of this world-famous venue with the Brightwells Shelsley Walsh Hill Climb Special Stages.
“We’re delighted to be starting the competitive action of the rally at this iconic motor sport venue,” said rally manager Colin Heppenstall. “It is the perfect location for spectators to come and see the action and we think it will add a real sense of occasion to the event’s first visit to Wales and the Welsh Borders. I’d like to thank Mark Constanduros and the Midland Automobile Club for making this possible.”
Mark Constanduros from Shelsley Walsh said: “We are really delighted to welcome such a prestigious rally to Shelsley Walsh. This is the first time we have held a competitive rally at the venue, so there is a lot to do, but we are really looking forward to having a different motor sport discipline taking place here. Last year we had Group B rally cars, this year we have Group A and WRC cars and now the year will finish with historic rallying: I can’t think of anything better!”
The complete route for the 2017 Roger Albert Clark Rally, along with event regulations, will be launched on Wednesday 17th May.