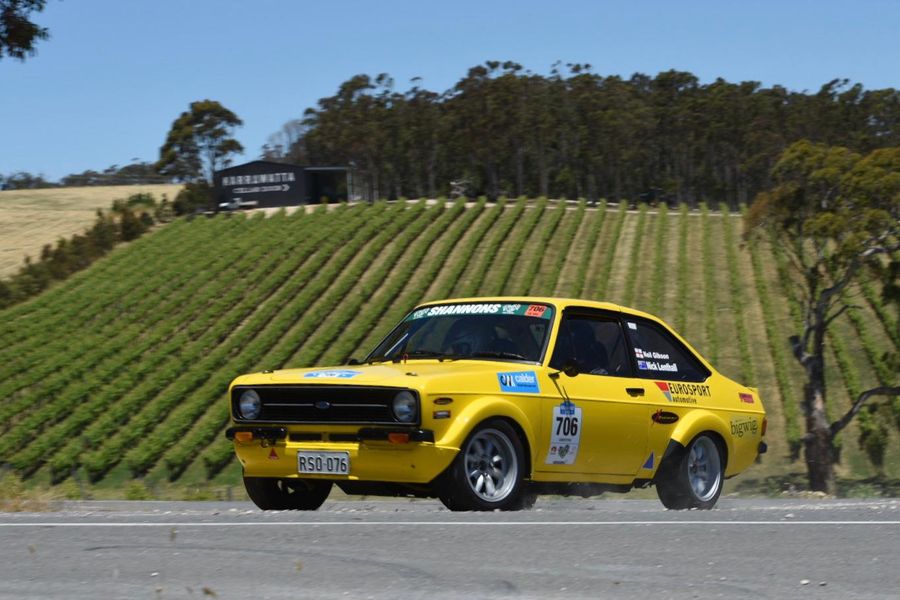 The Shannons Adelaide Rally has burst into life with five testing stages in the Adelaide Hills and McLaren vale region a taste test for the competition to come. Competitors tackled a total of 24.68 competitive kilometres today in a loop that included the famous Willunga Hillclimb and two runs over the quick Wickhams Hill stage.

The event is split into four categories, two for older cars.

CLASSIC COMPETITION
The Classic Competition provided the closest battle of the day with several different leaders and the top three split by just 2.9 seconds overnight.

Craig Haysman and Julie Boorman lead the way by just 1.8 seconds after winning three of the five competitive stages today. Roger Patterson and co-pilot Richard Geue sit second in their Porsche 911, despite not winning a stage at all today.

Third is the Michael Busby and Damian Reed Mazda RX-7; also without a stage win today but only 2.9 seconds from the Rally lead.

Less than ten seconds cover the top four and like the Modern Competition class the day was not without dramas; early leaders Nick and Jacob Streckeisen’s campaign halted at the start of the final stage of the day.

The Porsche 944 combo had won the second stage of the day and remained in contention throughout before their charge was halted late in the day.

The Nissan Skyline DR30 of Andrew Booker and Neil Branum won the final stage of the day – one of three stage winners - and sits fifth in class just 15.7 seconds from the lead.

MODERN & CLASSIC CHALLENGE
In Modern Challenge the Subaru Impreza STi of Justin Perkins and Andrien Brabbins was quick out of the blocks, winning their first three stages to build a 16.9 second lead over the Nissan 200SX of Troy and Colin Zytveld after the first three stages, the Porsche 911 of Ben Auld and Lucy Barker a further 4.4 seconds behind in third.

The Subaru duo then consolidated their position in the remaining two competitive stages to end the day leading the modern challenge class by a comfortable 23.9 seconds. The Zytveld 200SX holds second following the first day of competition, with the Auld / Barker Porsche 911 third – a further 7.5 seconds behind.

The Classic Challenge class also saw dominant form from the early leaders; The Porsche 911 SC of Steven Hevera and Stuart Cavill sweeping the day’s five stages to establish a strong class lead at the end of the first leg.

Their overnight lead of 38.6 seconds is the largest of any of the rally’s four classes following a dominant day.

The Porsche 944 of Karl van Sanden and Alexander Visintin sits second, 17.4 seconds ahead of the Nissan 300ZX of Ross and Emma Smith.