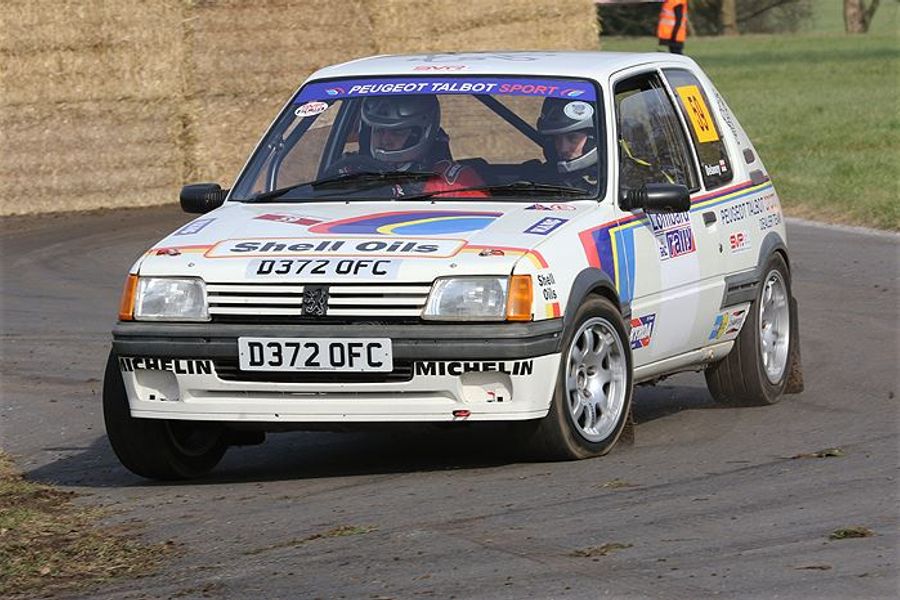 The Peugeot 205GTi will be celebrated in the Fuchs Lubricants R.A.C. Historic Asphalt Rally Championship 2017, with a dedicated 205 Cup for both the 1.6 and 1.9-litre models of the French hot hatch.
The 205 Cup will be open to pre-1990 cars running to period homologation, both in Group A and Group N specification. The 205 Cup will allow owners the chance to compete in these iconic cars on quality asphalt events.
Championship manager Colin Heppenstall said: “We have had contact with a number of car owners and we believe there is demand for an asphalt-based 205 Cup for cars in proper period trim. We hope the 205 Cup will start steadily and gradually grow over the coming seasons.”
The 2017 schedule (subject to MSA approval) is:
March 4th/5th: Bovington Stages (Dorset)
April 22th/23th: Rallye Salamandre (Belgium)
June 4th: Mini Epynt Stages
July 30th: Harry Flatters Rally (Epynt)
September 14th-16th: Isle of Man Rally Classicagh – double-header
October 13th/14th: Jersey Rally
The Fuchs Lubricants R.A.C. Historic Asphalt Rally Championship is for two-wheel drive historic cars from up to the end of 1990, and is organised by the Roger Albert Clark Rally Motor Club alongside the Mintex MSA British Historic Rally Championship.
Peugeot Peugeot 205 Historic Asphalt Rally Championship