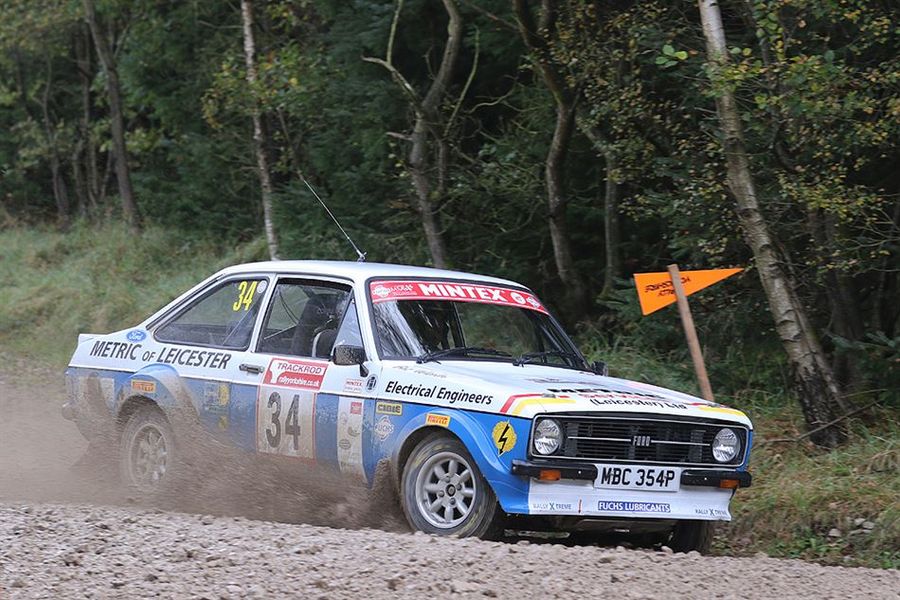 A five-round Forest Rally Challenge will be run within the 2018 FUCHS LUBRICANTS MSA British Historic Rally Championship. The Challenge will be for those who concentrate on gravel rallies, and will allow them to compete for points and end of season awards across the five gravel rallies that feature on the calendar.
The Forest Rally Challenge will take in two events in Wales, two in the vast Kielder complex and one in the famous Yorkshire forests. On three of the five events, the historic cars will run first on the road within the two-wheel drive element of the rally. Both Rally North Wales and the Red Kite Stages will run to the new Rally 2WD format while the Pirelli Rally will continue to run the two-wheel drive event first on single-use stages. On both the Carlisle Stages and Trackrod Rally, the historic crews will complete up to half their competitive mileage ahead of the four-wheel drive field.
Championship manager Colin Heppenstall from the Roger Albert Clark Rally Motor Club said: “We recognise that some crews prefer not to compete on asphalt and so the Forest Rally Challenge is designed for them. With the major changes that have been made to running order on some events, we think demand for gravel rallying will bounce back in 2018.”
Points scored on all five rounds will count and those crews winning major overall BHRC awards will not be eligible for Forest Rally Challenge awards.
The BHRC Forest Rally Challenge schedule is:
Saturday 24th March: Rally North Wales (Dolgellau)
This event will run to the new Rally 2WD format
Saturday 28th April: Pirelli Rally (Carlisle)
This event will continue to run the two-wheel drive event first
Friday/Saturday 8th/9th June: Carlisle Stages (Carlisle)
This event will run historics first for around half of the stage mileage
Sunday 24th June: Red Kite Stages (Neath)
This event will run to the new Rally 2WD format
Friday/Saturday 28th/29th September: Trackrod Historic Cup (Filey)
This event will run historics first for the opening leg
Dates subject to MSA approval.