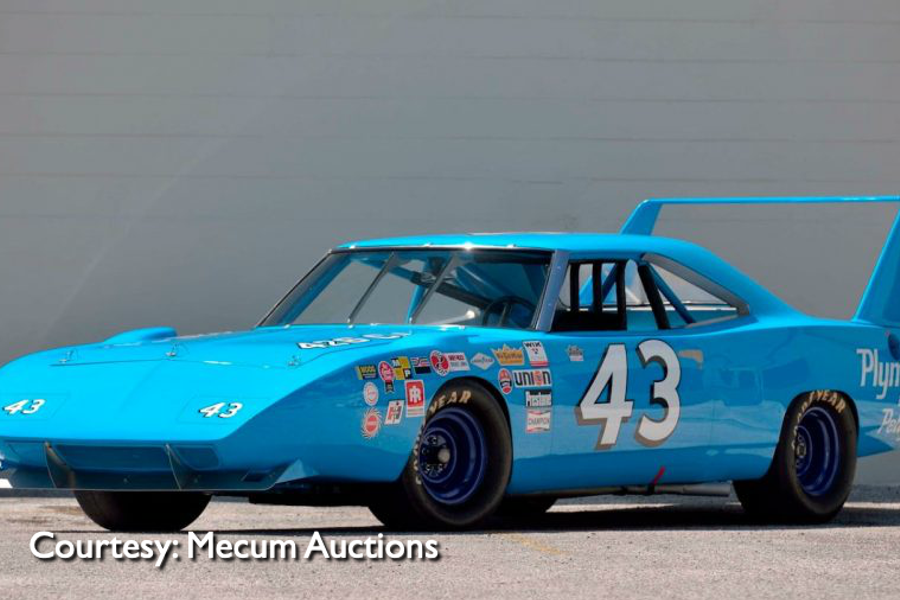 August is upon us so the collector car world is continuing to dial in its focus on Monterey Car Week. However before that west coast auction extravaganza one of Monterey’s largest players, Mecum Auctions will be hosting one if it’s biggest annual events in Harrisburg, Pennsylvania. Twelve hundred cars are expected to cross the block in this three-day affair set for Wednesday through Saturday of this week at the Pennsylvania Farm Show Complex. Amongst those 1200 are some real gems including cars from 16 different private collections.

As we are Historic – RACING – News.com I am always drawn to the racecars at auction and motorsports fans will recognize many of the offerings from the Todd Werner Collection.   The main attractions that will cross the block on Saturday are two Richard Petty Plymouths. The first is the famed 1970 Superbird (seen above) that drew 'The King' back to Plymouth for the 1970 season after Richard had run the ’69 season for Ford. The car was restored at Petty Enterprises and the car’s provenance has been verified by Richie Barz and Dale Inman (Petty’s crew chief at the time).

The second Petty car, is the Plymouth Road Runner that carried 'The King' to victory in the 1971 Daytona 500 on Petty’s way to the ’71 Grand National Championship the first ever under the famed banner 'The Winston Cup Series'. This car is also special because it was the last to win NASCAR’s top series championship with a production-based body and engine. It is also the last Plymouth that Petty drove in competition as he used a Dodge for much of 1972. It is offered with no reserve.

Drag race fans will also have their eyes on the block, as the Werner Collection features no less than 16 drag cars, many with no reserve. The collection features four Dick Landy Pro-stock Dodges and Three cars from the famed stable of Ronnie Sox and Buddy Martin. The class of this group is easily the 1970 Hemi Cuda from Sox & Martin cars. Only one factory built drag-car hemi Cuda came with a factory VIN number and this is that car. 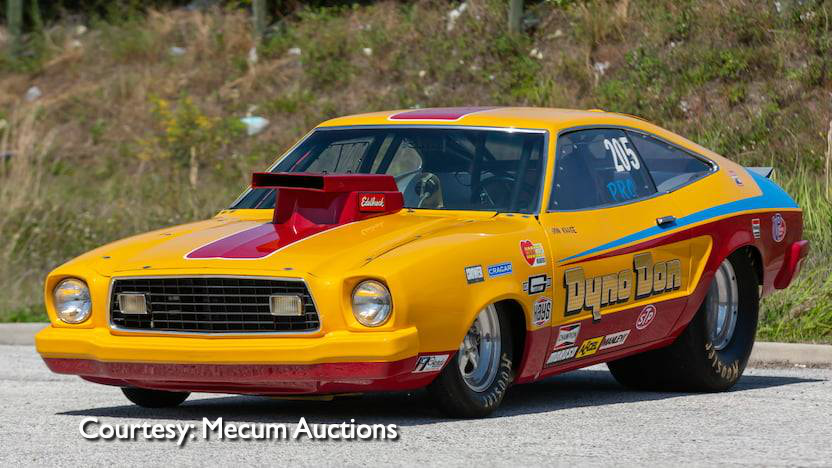 Two cars raced by the famed Dyno Don Nicholson, one a ’71 Ford Pinto (yep, I said Pinto), and a beautiful 1978 Ford Mustang are in the sale. The Mustang has been restored to 1978-79 spec. and was the car that raced in the ’79 NHRA World Finals, which was the final race of Nicholson’s last complete season.

The last racing highlight from the Werner Collection is the 1987 March 87C. This car is one of 33 built by March. It was originally owned by Machinists Union Racing and was used as a backup car for Pancho Carter, Kevin Cogan and Josele Garza. The car is currently liveried in Team Penske Marlboro Colors and comes complete with 2.65L Cosworth DFX Turbo V8.

Racecars are not the only head turners in Harrisburg.  Forty three Corvette C1 and C2 models will go across the block along with 32 1969 or earlier Camaros. Thirty nine 1970 or older Mustangs will also go under the hammer.