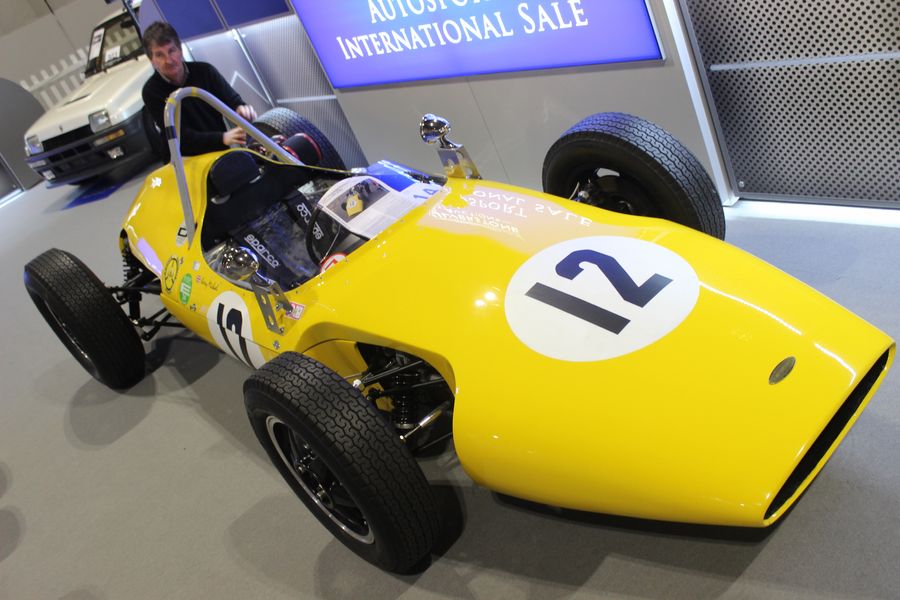 Silverstone Auctions hold their first sale of 2019 at Autosport International today, with a tempting array of of race and road cars as well as a host of motoring and motorsport memorabilia. This year sees the first time they have held a sale a the UK’s leading motorsport show, the hammer going down on the cars at 2pm with the memorabilia on sale prior to that, and we spoke to Silverstone Auction’s Nick Whale about today’s sale:

“We have a nice selection of 18-race cars in the sale. We predominantly sell classic cars, but it is Autosport International and the start of the season and a lot of people are buying and selling competition cars.

“We have one of only two Formula One Emerysons ever built, it is owned by a friend of mine and I went to Monaco to watch him race the car last year. He had great fun and it is a special car, it has a bit of history and has now raced at Goodwood and in seven of the eight Monaco Historic Grand Prix. It is beautifully built and engineered and we are very proud to offer it for sale.

“We have an ex-Jim Clark and Graham Hill Lotus Cortina which is a very special car. It was one of only three Group 5 cars ever built by Ford and driven by all the big names. The Group 5 series didn’t last as long as the previous championships the Cortinas had raced in pre-1965, but those cars were the pinnacle of Lotus Cortina development.

“I was talking to Andy Middlehurst this morning who owns one of the other two cars, and he was saying this car is identical to his and he has a great car collection and knows what he is talking about.

“The historic race car market has gone through a period of adjustment in the last 12 months. We had five years of massive growth, from 2012 to 2017 every year the market just went up, but last year that was a bit of stabilising, some price adjustment, and things are now sensible with realistic prices out there – which makes it a great market for buyers.

“Around two-thirds of everything we put up for auction are cars that have been offered to us, and we even turn down a lot of cars because we are trying to find a high standard of car that matches are brand values. About a third of each sale we go out and find, we select cars that we think would suit the sale – for example the low-mileage Metro 6R4 we have for sale here – and we approach sellers and ask if they have considered auctions.

“We have a full calendar of six events this year, we are back here at the NEC, at the Silverstone Classic, we have our first sale of British marques this year, the Classic Car Show here in November  - lots going on and we are looking forward to it!”