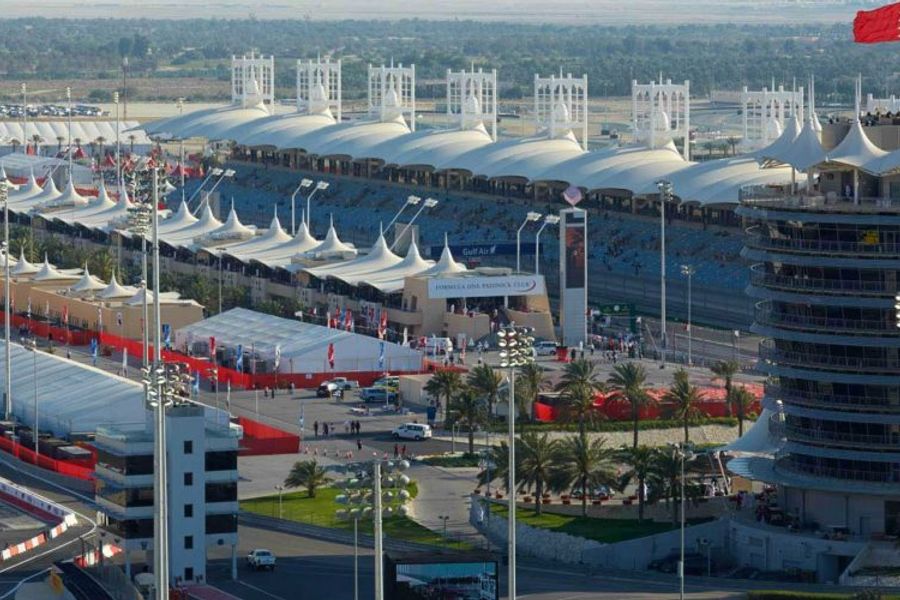 Nick Tarsey puts up with a lot of banter in the HistoricRacingNews.com offices because he is the youngest of our group and his idea of 'historic' is sometimes different from other people's. In the first of an occasional series, Nick examines some of the history defining happenings of the more recent past, he goes back fifteen years to an important moment in the history of Formula One.

To answer this question the first thing to know is that I am 38-years-old. This means that around the 2002-2007 period I was young enough and importantly free of family commitments and taking children to what seems like an interminable list of weekend birthday parties. This meant that watching a Formula One test, qualifying session and race over one weekend was very do-able, and, one could go as far as to say, standard practice.

The news that the F1 circus was heading to the Middle East was something that at the time felt experimental yet poignant. The Bahrain circuit, or ‘Shakir’ as we learned to call it, was the first country in the Middle East to host a round of the Formula One World Championship and although, at the time it was not a night race, it was the first of the new breed of extravagant events we now see in the likes of Singapore and Abu Dhabi on even larger scales.

Over this maiden race weekend an unexpected rain shower meant temperatures were low enough to play to Ferrari’s advantage and the race was ultimately won by Michael Schumacher and Ferrari who re-established the pecking order after being pushed close by Williams and McLaren in the previous year’s campaign. It would ultimately prove to be win number 73 on Schumacher’s tally of victories, with team-mate Rubens Barrichello finishing second but falling foul of a sticky wheel nut, meaning the two Ferraris had a somewhat predictable one-two, partly due to Alonso having to start from 16th.

This brings me to the second reason that this race sticks in my memory. There was another team that seemed to me to have had tremendous energy around this period, and an ability to be on the cusp of greatness on more than one occasion. This team was of course the Honda powered BAR. Williams and Jenson Button had never been seen as much of a successful partnership as either would have wanted but with David Richards’ BAR family the embers were metaphorically blown on Jenson’s hunger for podiums. Both Button and Takuma Sato were regularly delivering, and seemed to have the tools to actually enjoy the day job at the sharper end of the grid.

Jenson secured the second podium of his career that day, and although one could argue that Juan Pablo Montoya’s hydraulics issue played a part and that Jenson also caught the jump on Jarno Trulli in the pit lane rather than passing him on the circuit, this was a fine example of the races that cemented my personal love of the sport, with a midfield team starting to regularly appear on the podium. Importantly it also gave the new Middle Eastern hosts a glimpse that in motorsport anything can happen.

Did the first Grand Prix in the Middle East change the face of Formula One?  Certainly. Was it  a historic event?  In my view -categorically YES!

OK you guys in the office, bring on the banter...