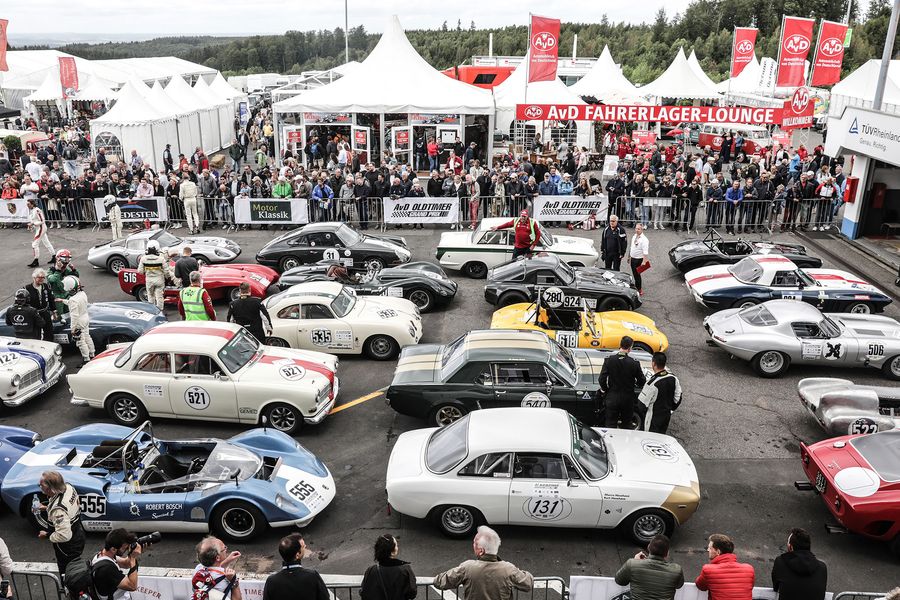 With an armada of beautiful, fast and legendary racing cars, the AvD Oldtimer Grand Prix enthralled spectators at the Nürburgring this weekend (9th to 11th August). At the 47th edition of this tradition-steeped festival, 20 races and regularity tests took them on a time journey from the pre-war era all the way to the World Endurance Championship racing cars of the 2010s. Highlights were the rounds in the historic FIA series for Formula One Cars from the Cosworth era, for sportscars from the1960s and 1970s and for Formula Junior cars.

Just 14 days after the German Grand Prix at Hockenheim, for the sporting organisation of which AvD has been responsible since 1926, Germany’s automobile club with the longest tradition, together with its co-organisers, CHRSN, HMSC and Histomobil, hosted the pinnacle event of the German historic motorsport season. The 53,500 spectators at the venue saw some 500 historic racing cars in various classes, in which the sportscars and GTs from the 1950s and the touring cars from the former DTM and DRM were celebrated as well.

“The AvD Oldtimer Grand Prix is our pinnacle event of historic motorsport that we invest a lot of hard work in all year long,” said AvD President Ludwig Fürst zu Löwenstein-Wertheim-Freudenberg. “It is important to us to always offer a varied programme to our visitors – which we have been doing for 47 years. We are delighted that this year, with two racing series of Fahrergemeinschaft Historischer Rennsport (FHR), we again managed to add some new touches to the event.”

On the race track the typical Nürburgring weather again played a prominent part. Following changeable conditions in Friday’s qualifying sessions, the weather on the race Saturday increasingly took a turn towards the sunny side, so adding some more spice to the competition because on the wet track in qualifying the lighter and more agile classic cars frequently had an advantage, while in the races in dry conditions the more powerful vehicles were able to leverage their strengths. Hence the spectators saw gripping races with many position battles. 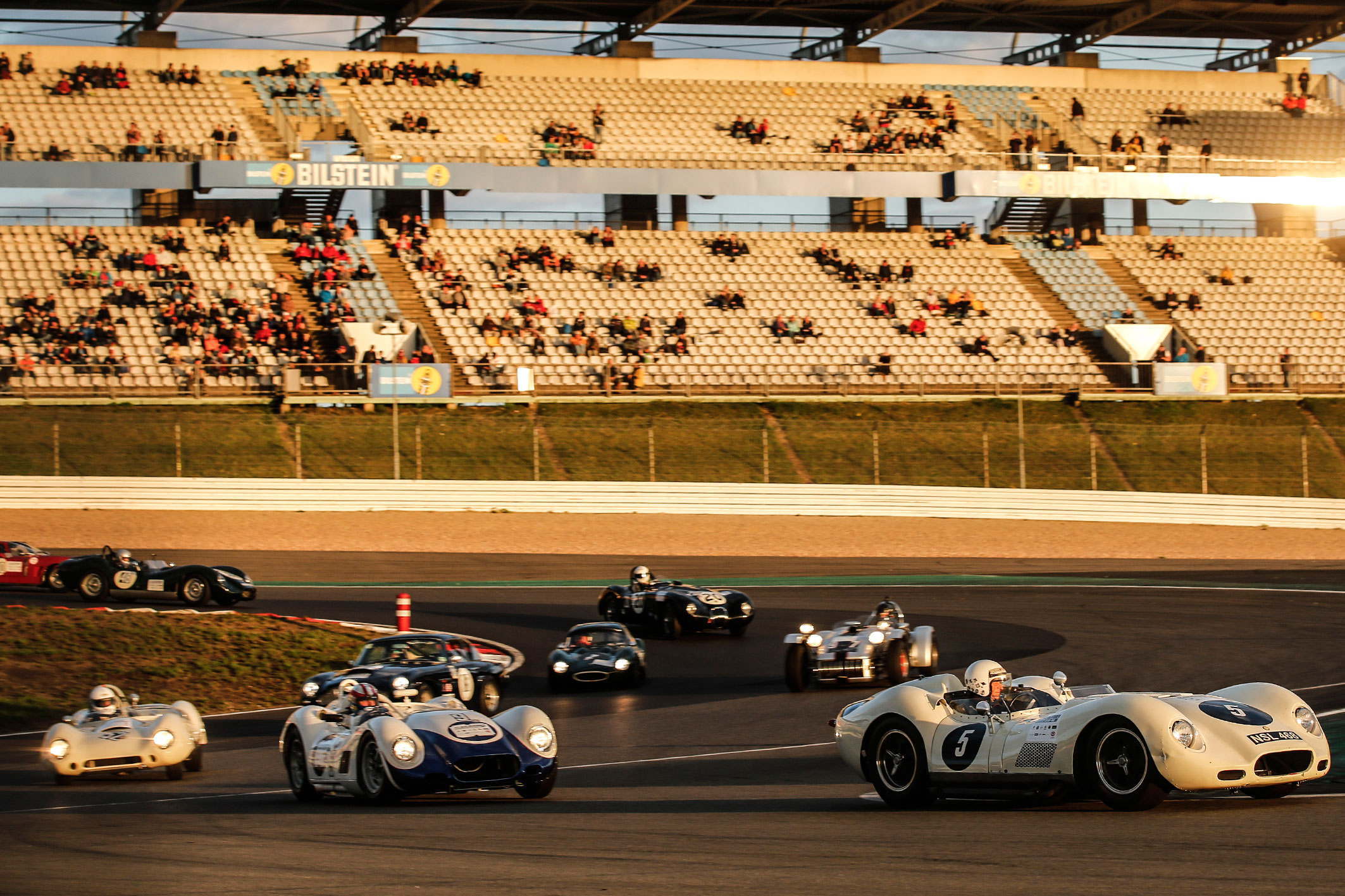 The evening race of the sportscars from the 1950s was again the major highlight this year. During this race under a red evening sky not only the Eifel presented its most beautiful side, but the rare and legendary two-seat GTs and sportscars up until 1960/61 literally shone in their best light, too. In the end, in the field with Bizzarrini, Lister Knobbly, Porsche RSK 917 and other automotive legends, a 1960 Lotus 15 was the front runner: Swiss driver Michael Gans won the round in front of Mark Lewis / Julian Majzub (both BGR, Lister Chevrolet Knobbly from 1959).

“At this moment, the spirit of this event becomes particularly tangible,” commented AvD President Fürst Löwenstein. “When these stunning sportscars reach the finish in the evening twilight and are met by a fireworks display, this makes for a beautiful conclusion of the first race day and a special highlight of the whole weekend.”

In the racing highlight of the weekend an ‘old acquaintance’ took the top spot: Martin Stretton in a Tyrrell 012 won both rounds of the FIA Masters Historic Formula One Championship. In the 1983 Formula One car sporting a Benetton livery he had clinched a first and a second position in both races last year.

Quite a few drivers took advantage of the opportunity at the Nürburgring to drive a car from their personal past. Especially in the vehicles from the DTM, STW and ITC that raced in the ‘Touring Car Classics’ many former DTM drivers were at the wheel. Prinz Leopold von Bayern raced – of course! – in a BMW M3 and Klaus Niedzwiedz drove a Ford Sierra RS500 in the Revival of the legendary Ringshausen team.

“That the response by the general public is so huge is truly impressive,” said the racer who hails from Dortmund. “Many visitors here are from my own generation but I also see many younger people who are interested in these cars. The big advantage here is that they can get very close to the cars – quite unlike in today’s DTM or Formula One and this intimacy inspires enthusiasm.”

In an Opel Omega from 1990 Volker Strycek was active on the race track. Today’s AvD Sport President used to drive it as a works driver in the Irmscher team in the DTM but later entered the Omega in the VLN at the Nürburgring as well.

“This car evokes a lot of emotions,” he said with obvious delight. “Many fans still remember it from the past.”

Strycek also enjoyed the special kind of ‘class meeting’ – for instance with ex-DTM drivers Armin Hahne, Kris Nissen and Hubert Haupt: “Many former colleagues, some of whom I haven’t seen in years, are here. Naturally, it’s fun to contest races with them again.”

So it comes as no surprise that a number of other racers from the past were in race action. Three-time Le Mans winner Marco Werner, for instance, drove a Formula Junior Lotus as well as an eight-litre car from the CanAm. Ex-DTM driver Harald Becker was in action in the historic Formula One field in an Arrows A3 and Matthias Kahle, Skoda brand ambassador and seven-time German Rally Champion, competed in the AvD Touring Car and GT Trophy at the wheel of a small Skoda RS130 – the ‘Porsche of the east’. He summarised his impressions in these words:

“It’s great to see these historic racing cars here in the paddock or in the pit lane garages. I feel that this is one of the most beautiful historic events for classic cars because they can also be seen in actual races.”

What thrilled many spectators delighted the active participants as well: the particularly close connection between drivers, teams and visitors that added to the event’s special festival atmosphere.

“This is particularly important to us,” said AvD Sport President Volker Strycek. “This casual atmosphere can be felt throughout the paddock. As a driver and organiser it is a particular pleasure to contribute to this. I hope that we will always continue to be able to energise the spectators in this way and to whet their appetite for historic vehicles. 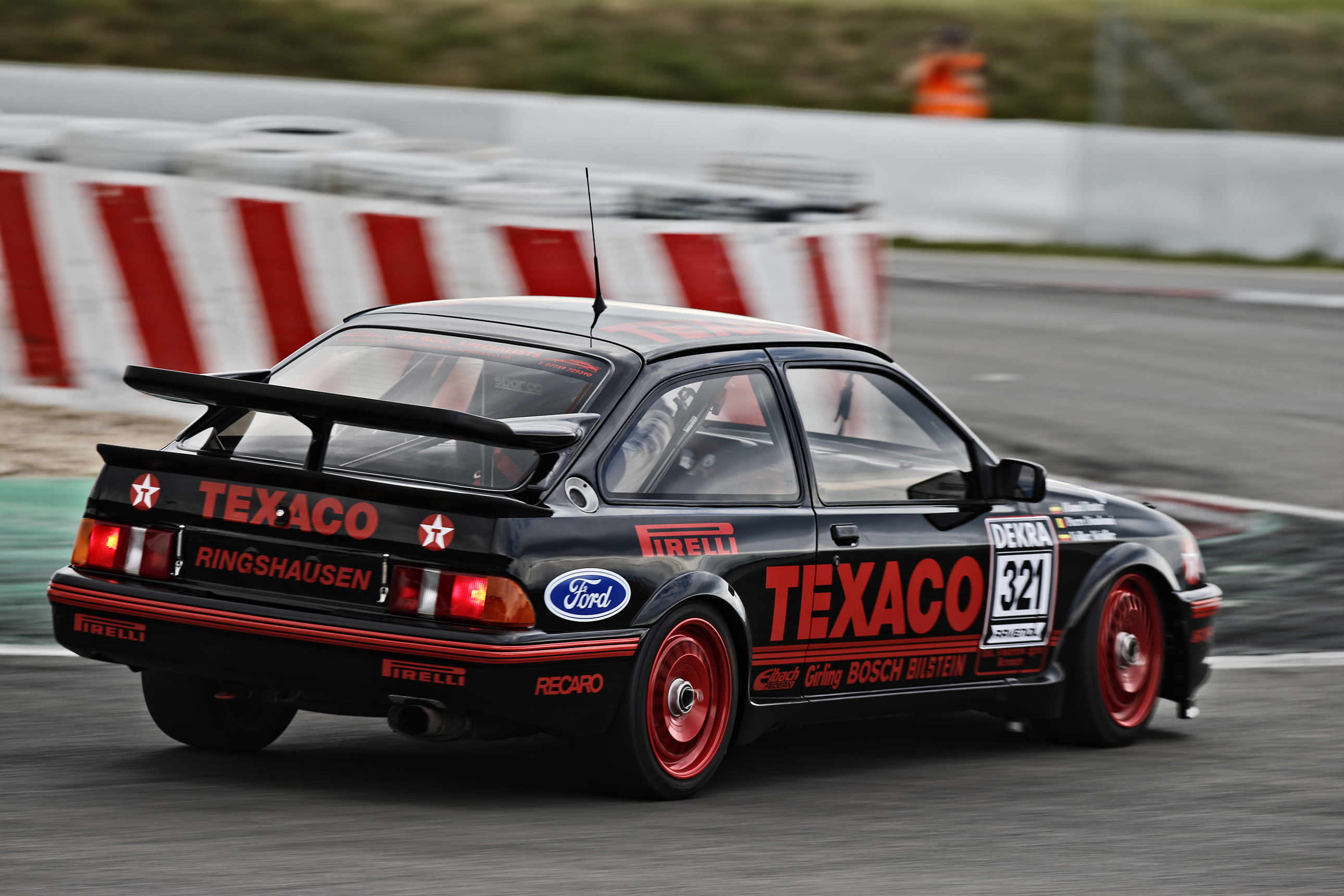