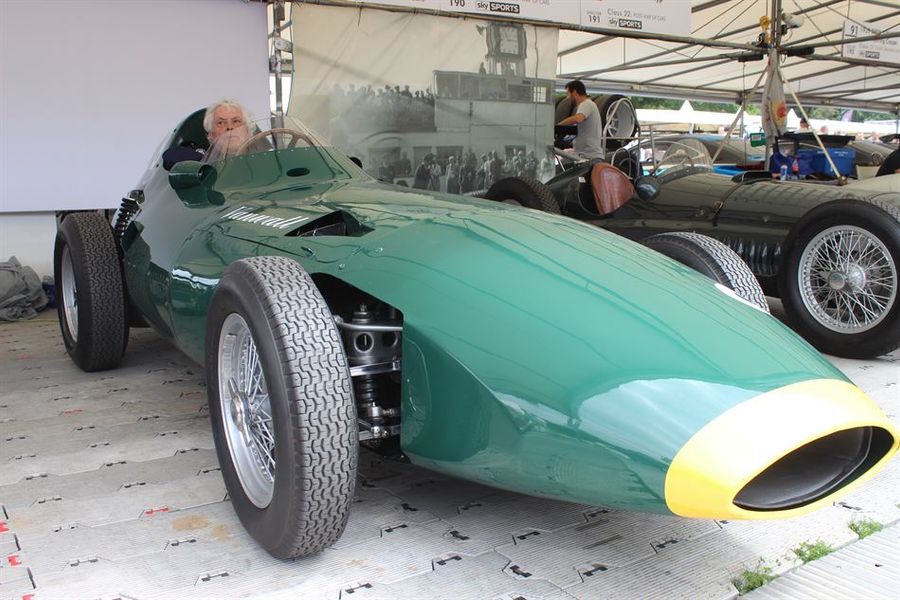 The display of 1957 Grand Prix cars at this weekend’s Goodwood Revival includes some enticing machinery, with the opportunity to see two Vanwalls together being a potential highlights of the whole weekend.
Marking 60-years since Vanwall took an historic victory in the European Grand Prix at Aintree, with Sir Stirling Moss taking over the winning car from Tony Brooks, the display features some famous cars from that period. The win was the first a British car in an era that had been dominated by the red cars from Italy, and cam in a heady period of success, with Aston Martin winning the Nurburgring 1000km, Jaguar and Lotus dominating at Le Mans and Cooper sweeping all before them in Formula Two.
Anthony Bamford has his evocative Lancia-Ferrari D50A on display, surely one of the classic designs of the era and instantly recognisable, while no less than four Maserati 250Fs of varying vintages are expected. One of the most attractive designs in 1950s motorsport, the 250F was the mainstay of Grand Prix racing for many seasons, the model taking part in the first race run to the 2.5 litre formula, the 1954 Argentinian Grand Prix, and the every last, the US GP in 1960.
A BRM P25 has been entered by Gary Pearson, a model that was run by BRM from late 1955 onwards, and after many teething troubles at first was developed into what ultimately Moss called ‘the best handling front-engined car of them all’. 1957 was pretty much the end of the road for the British Connaught marque, represented at Goodwood by John Morley’s B-Type, with Stuart Lewis-Evans taking fourth at Monaco, three laps down on the winner,  shortly before the team was wound up.
In sharp contract tot he other cars in the display, the Cooper T43 was the future galloping towards the established teams. It made its debut at Monaco in 1957 in the hands of Jack Brabham, and when Moss took Rob Walker’s T43 to victory in the 1958 Argentinian GP, it was the first win for a rear-engineer car in the World Driver’s Championship.
1957 Grand Prix Cars and Entrants:
1956 Lancia-Ferrari D50A (Anthony Bamford)
1956 Maserati 250F (Reial Auto Club, Catalunya)
1957 Maserati 250F (Jeffrey O’Neil)
1957 Vanwall (Hall and Hall)
1957 Maserati 250F (Lukas Hüni)
1958 BRM Type 25 (Gary Pearson)
1958 Vanwall (Collier Automotive Museum)
1957 Cooper-Climax T43 (Collier Automotive Museum)
1955 Connaught B-Type (John Morley)
1954 Maserati 250F (Graham Adelman)