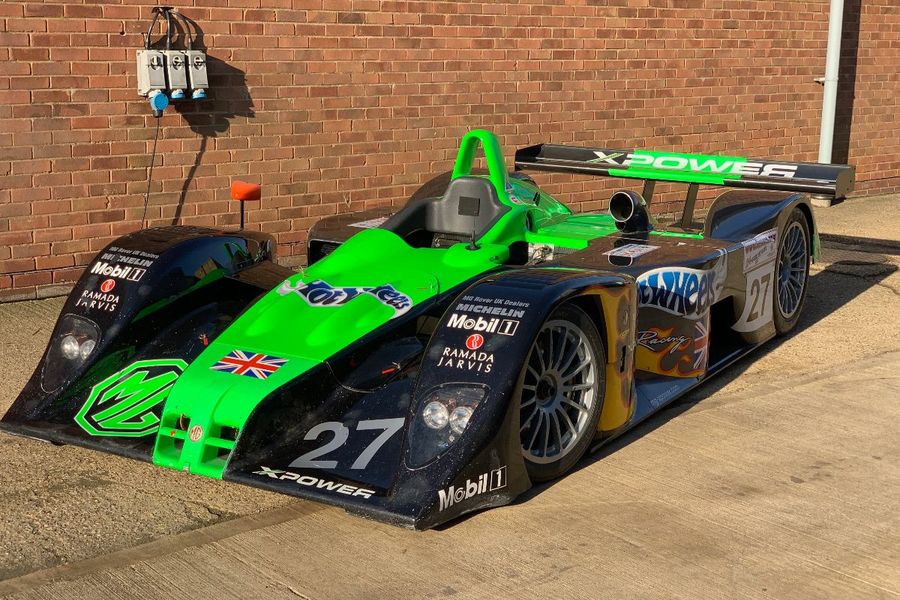 A mail came into us yesterday with details of an MG-Lola EX257 ex-Le Mans car currently on sale from BBM Sport (who were formerly known as Chamberlain Synergy Motorsport).  Experienced in running complex 2000-era sportscars, they looked after the mighty Peugeot 908s that were in action last year in Endurance Legends etc., this great little car would be a superb buy for anyone looking to race a car with downforce and pace that could trouble an LMP Audi, and brought back some Le Mans memories for one of our team, who was there in 2002 with the MG team and this very car.

The ACO introduced  LMP675 category in 2000 for prototypes with a minimum weight of 675kg, when the main category of sportscars was the LMP900 class (which, logically, had a minimum weight of 900kg). Lola felt there was an opportunity to build a light and nimble car that could possibly challenge the LMP900s in certain situations, and working with MG Sport and Racing the MG-Lola EX257 with its four-cylinder turbocharged AER engine was the result.

The early LMP675 cars from a variety of manufacturers had a reputation for unreliability, races could be victory by survival rather than pace. Two MG-Lolas ran at Le Mans in 2001 in the team’s grey and green livery, and qualified well, the lead car 14th overall, but retired early with engine related issues. Frank Dernie was part of the Lola design team and commented ‘in an LMP900 you have the ability to redesign something stronger and heavier if it failed, but with a car at 675kg everything was weight limited and you had to be clever in your design’. 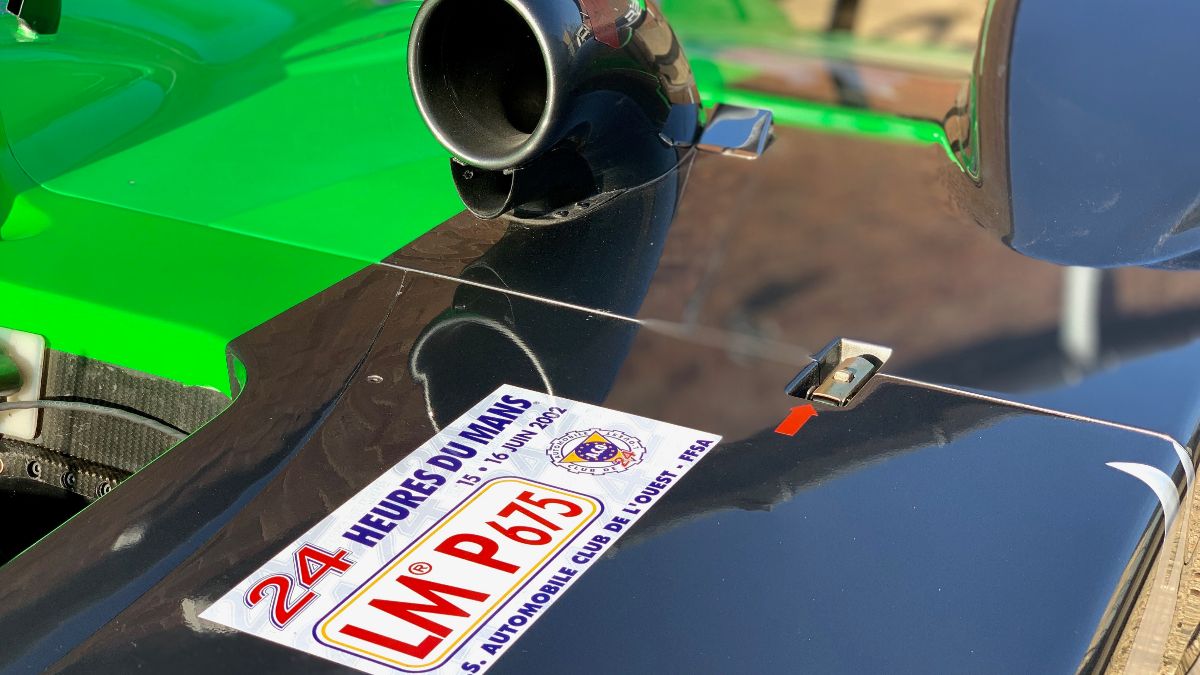 For 2002 the car was made available to customers, with chassis going to America to teams contesting the American Le Mans Series. The Intersport team came home seventh overall and first in class in the Sebring 12 Hours, and at season’s end lost the class championship to the similar MG-Lola of KnightHawk Racing by a single point.

The factory MG team were only contesting Le Mans, with a slightly revised livery for 2002,including ‘Hot Wheels’ sponsorship, and the KnightHawk team also entered their chassis. I was providing content for the MG-XPower website that year and went to Le Mans with two photographers.

In the style of MG at the time, no expense had been spared on the extras, and they had their own temporary ‘hotel’ at the circuit for guests, and we had a room with two sets of bunk beds, the spare bed coming in handy as professional photographers seem to travel with an amazing amount of kit.  I can only assume that we were more in the ‘staff quarters’ area of the hotel than the first-class accommodation, but even so, by the standards of staying at the circuit at Le Mans it was way better than most other options.

The two MG-Lolas had three driver crews, and I knew Anthony Reid and Warren Hughes in the number 26 car as they were driving the MG ZS in the British Touring Car Championship, but it was my first-time meeting Jonny Kane who fitted seamlessly into the team. Hopes were high that the cars would be quick, and the MG-Lolas were the only other cars mentioned in Audi’s pre-event press release, and number 27 with Mark Blundell, Julian Bailey and Kevin McGarrity doing the driving duties was a superb sixth on the grid, only behind the three Audis and two other LMP900s, number 27 next quickest LMP675 in 12th.

It had been hoped for even better in qualifying, with Blundell heading out with what was referred to within the team as a ‘grenade’ engine with greater boost etc., a real qualifying-special power unit. Sadly, the fuse on the grenade proved too short and it went pop at Tertre Rouge on the flying lap – but the cars had already turned heads with their pace and we were having fun talking them up on the website.

Come the race and it was that reliability bug that hit again. Warren Hughes stopped out in the circuit in the night and that was number 26 out, and when 27 hit problems have just passed the pit exit on Sunday morning, that was that. At least we had two cars to pack away, the KnightHawk squad having had their MG-Lola catch fire in the night.

So, I did what all good PR/journalists do and extracted the positives in a final race report on the website. Having packed up in the huge Le Mans press room, I decided to chance my arm and try to find something to drink and headed to the team’s hospitality suite over the pits.

I walked in with maybe two hours of the race left – to find it completely empty. I let the photographers know but they were still out on the circuit, so I opened the windows, looked at the packed grandstand opposite, and enjoyed the sight of the Audi pounding round for the win in splendid isolation, one of the more surreal moments of my many trips to Le Mans.

The factory MG-Lolas never raced again, though the Dyson team had a lot of success in the US, and RML in Europe with their car as reliability issues got sorted and the inherent pace of the car could be shown. On the back of that experience, any purchaser of chassis 03 should have a well-sorted and competitive car, with the Endurance Legends series a natural home! 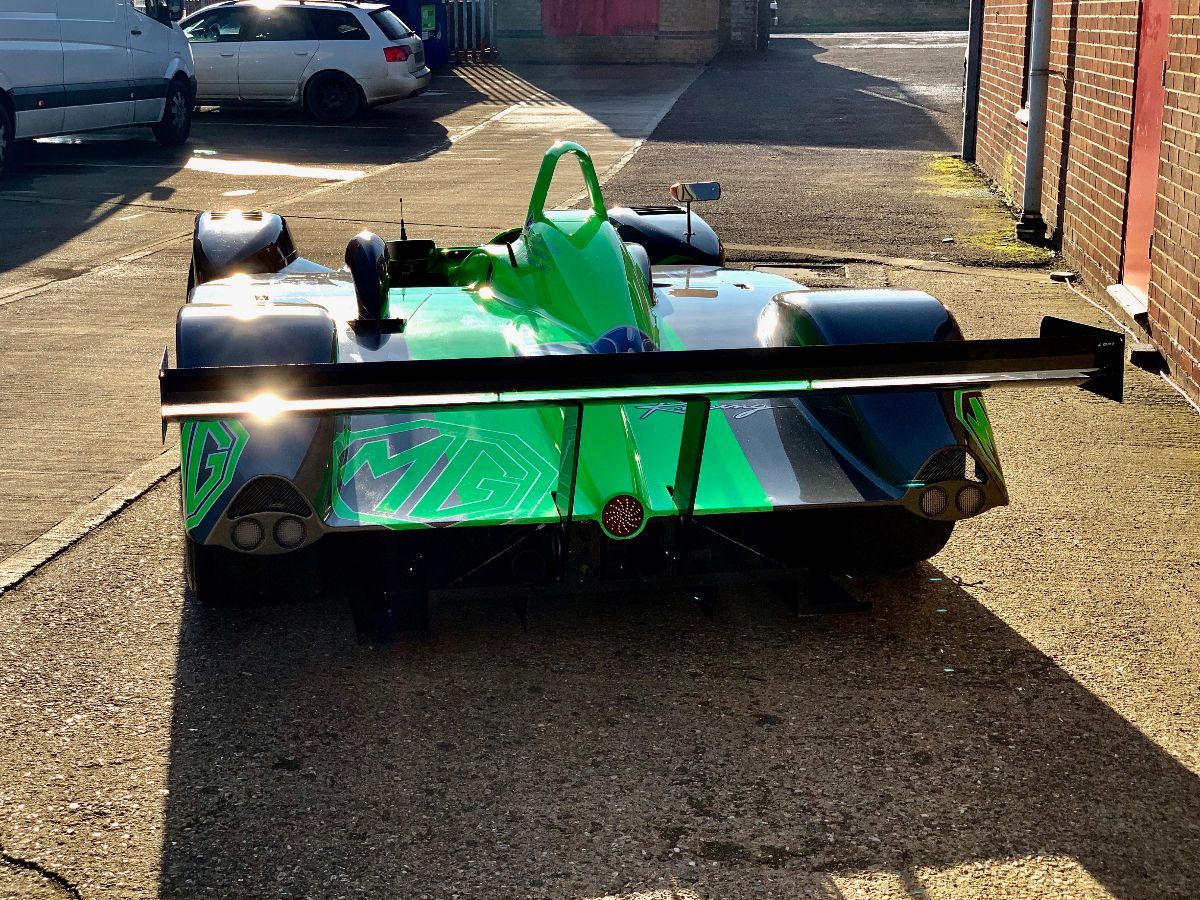