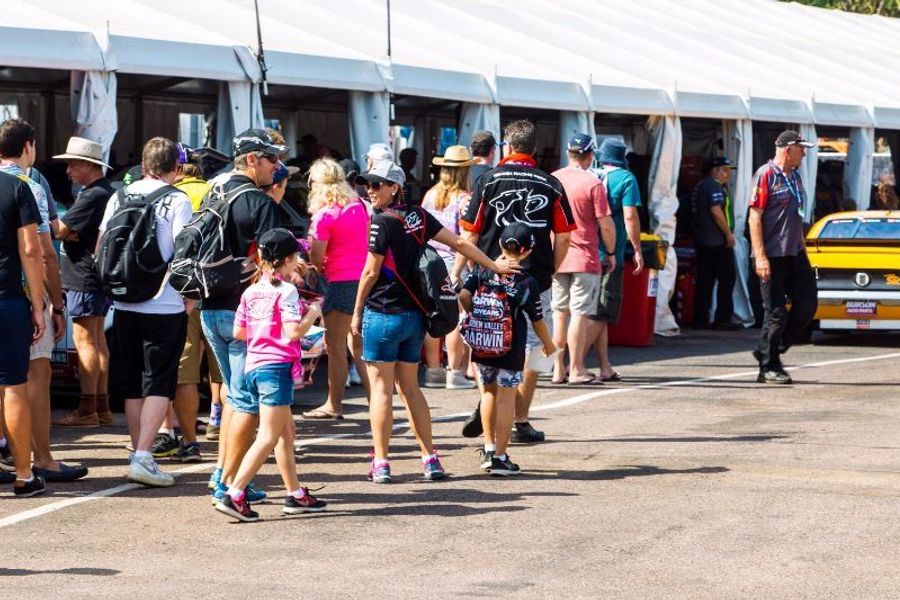 Fans will get extra special access to the cars and stars of the Touring Car Masters series at next month’s Wilson Security Sandown 500. A stand-alone TCM pit and paddock area will see the field located at the Southern end of the main grandstand at Sandown, just adjacent to turn one.

Located in the General Admission areas of the venue, it means all fans at the event will be able to mingle with the stars of the TCM series and at the same time get an up close and personal look at the machinery that makes up the grid. The initiative has been several months in the planning stages and could not have happened without the support of the Virgin Australia Supercars Championship and the Sandown 500 event organisers.

The new paddock layout will see cars enter and exit the circuit from the access road next to the main grandstand, on drivers’ right just prior to the braking zone for turn one.

TCM will support two of the three PIRTEK Enduro Cup events with the Sandown round quickly followed by the traditional visit to Mount Panorama, Bathurst, for the Supercheap Auto Bathurst 1000 this October. The championship will then conclude at the inaugural Coates Hire Newcastle 500 in November.

The series will contest three races across the Sandown weekend, September 15th-17th.

“TCM is all about the fans and the series has looked to find new and innovative ways to connect with event goers at each round,” said TCM Category Manager Tony Hunter. “When the series pitched the concept of pitting the Touring Car Masters cars at the other end of the venue to the promoter, Supercars Australia were extremely receptive to the idea and the series worked closely with them to make the logistics work.

TCM will schedule several autograph sessions throughout the weekend.