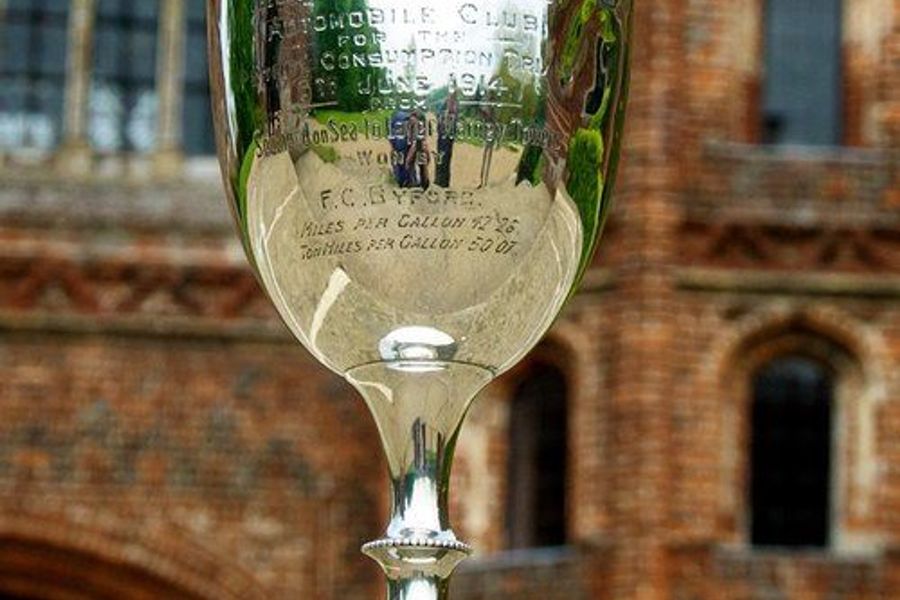 Organisers of the unique and historic Layer Marney Cup motoring event have this week revealed a mainly coastal route for this year’s run which takes place on Sunday August 12th. Starting and finishing at magnificent stately homes in Essex, the 80-mile event can be treated as both a Petrol Consumption Trial, as originally conceived and run in 1914 and a classic and post-classic car run.

The original event was held in June 1914 and was won by a F.C.Byford in a Unic, who managed to achieve 42.26 mpg – a figure some of this year’s 100 or so competitors may struggle to emulate. Due to World War 1 breaking out, the event was not held again until the winning trophy was then discovered in a loft. This was over 100-years later and prompted the event to be revived in 2015 by Sheila Charrington, current owner of Layer Marney Tower, near Colchester.

Entries are now open and competitors may opt in or out of the actual petrol consumption trial aspect of the run. Another unique feature of what is now a popular additional to the classic car calendar is the class structure. There are 12 classes starting with Pre -1915 and then in ten year increments to Class 11, 2005 to the present day. A final hybrid class has been added for this year's event.

The 2018 start will be at the former Augustinian Canon’s home known as St Osyyth’s Abbey which dates to the 11th century, by kind permission of the owner Tim Sergeant. This stunning monastery is not normally open to the general public.

The route will initially head south to the seaside village of Jaywick , then along the coast via the seaside resorts of Clacton, Frinton and Walton , around Pennyhole Bay to the port of Harwich. The route then heads westwards tracking the River Stour through Wrabness, Mistley and Manningtree and then into “Constable Country” through Dedham to the lunch halt at Hall Farm,Stratford St Mary.

After the stop,  competitors will head south and to the east of Colchester, and then via Wivenhoe, Rowhedge, Fingringhoe and over the Abberton Reservoir to a re-fuelling stop at the town of Tiptree, known for its jam factory. Then it is a just a few miles to the finish at magnificent Layer Marney Tower, the tallest Tudor Gatehouse in Britain. Here the cars will be on display for the rest of the afternoon together with other static motoring exhibits. A motoring banquet will be held at Layer Marney on Saturday evening which is open to the public.

Entries are now open via the website  www.layermarneycup.co.uk at the cost of £55 which includes lunch for two and a souvenir finisher’s award.