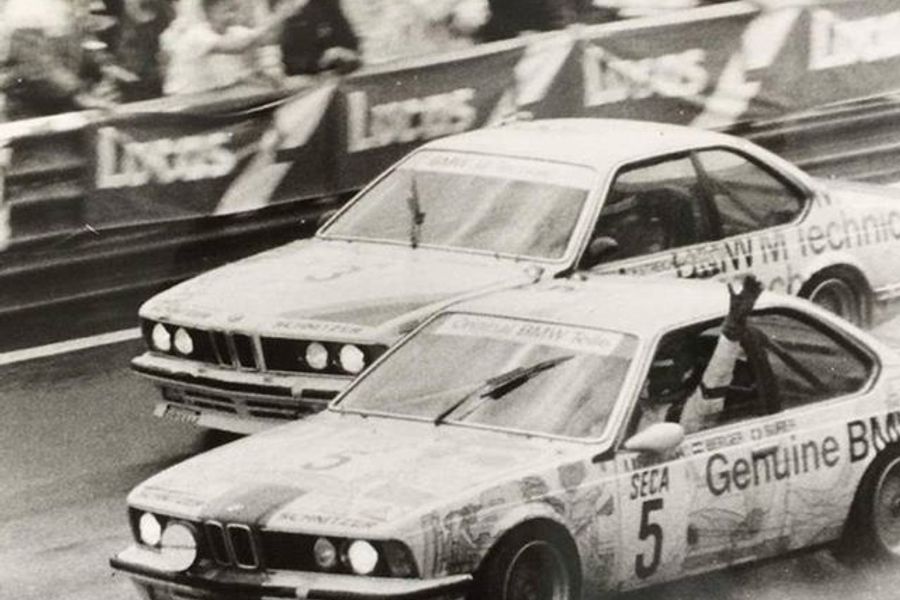 Picture: Roberto Ravalgia at Goodwood in 2016
Roberto Ravaglia, one of the greatest touring car racers in the history of tin-top motorsport and making his Goodwood Members’ Meeting debut on March 18th-19th, will be going wheel to wheel with Austrian Formula 1 hero, Gerhard Berger, in the Gerry Marshall Trophy.
The legendary Italian, who took two European Championship titles and lifted the inaugural World Touring Car crown with BMW in the 1980s, will tackle the two-driver, two-part event alongside James Vickers in a Belga-liveried 3-litre Ford Capri, a car with superb history.
Commissioned by 1978 Spa 24 Hours winner Gordon Spice for the ’79 Belgian classic, chassis CC13 was built by Dave Cook and Peter Clark of CC Racing and was immediately a front- runner. Spice’s team-mate Alain Semoulin ‘got involved in someone else’s accident’, which dropped the car down the order while repairs were effected. An epic charge back by Spice, during which he set the race’s fastest lap, brought fifth place.
Having raced in a selection of historic series in the intervening period, the Capri is now in the custodianship of James Vickers. Still resplendent in its period Belga livery and having had a comprehensive restoration, CC13 will be a star attraction in the Gerry Marshall Trophy, especially with Ravaglia at the wheel.
Ravalgia and Berger are no strangers having shared the winning BMW 635 CSi with Marc Surer in the 1985 Spa 24-Hours, leading the field home by four laps.
Ravalgia Members' Meeting Berger Goodwood

Podcast: Rev it UP! 7 - Our Team Look Back at Goodwood!