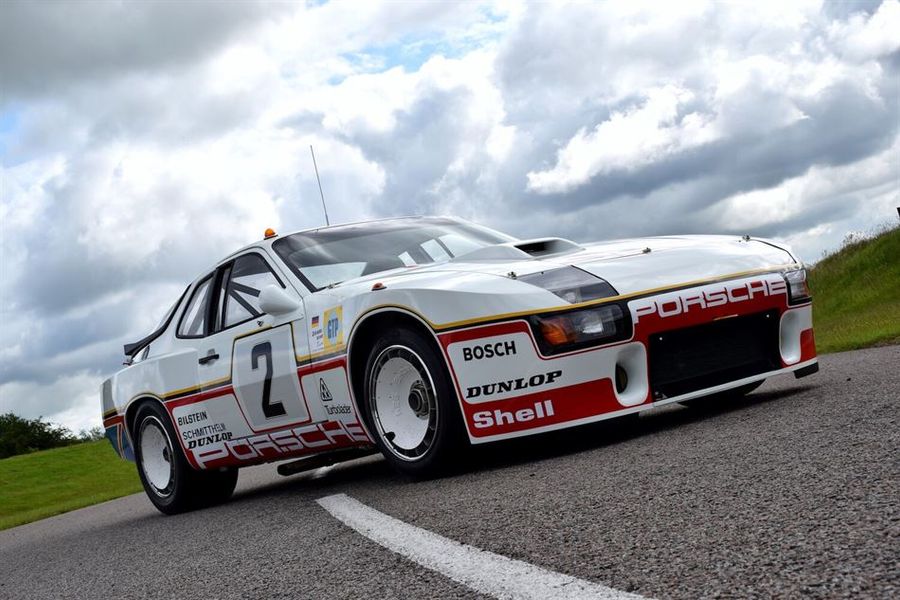 On show at the Lancaster Insurance Classic Motor Show, at Birmingham’s NEC from Friday 11th to Sunday 13th of November, will be the newly restored Porsche 924 GTP that competed at Le Mans in 1980, marking the 40th anniversary of the 924, the first of Porsche’s transaxle models.
In 1980 Porsche entered Le Mans with three examples of the 924 car, the 924 Carrera GTP, driven by crews from Germany, USA and Great Britain and racing under their national colours in the highly competitive GTP class. The Union Jack liveried Porsche 924 GTP 002 was driven by Tony Dron and Andy Rouse and remains the only Porsche factory owned race car ever to compete under a British flag.
The car came home 12th in the race, second of the trio of 924 GTPs home behind the German crewed car, covering 2,630.72 miles in the 24-hours of racing at an average speed of 109.61mph. The only delay was a spark plug change, easier than on most Porsches as the 924 had a four-cylinder engine!
After being used for testing, the car was officially retired in 1982 and kept in storage. When the car resurfaced in 2015, the scale of the restoration challenge was clear. The car still bore the scars of racing and testing and many parts were missing or damaged.
The full restoration of 924 GTP 002 was entrusted to Porsche Cars GB and it’s four Classic Partner Centres in Leeds, Swindon, Glasgow and Hatfield working in conjunction with Road & Race Restorations, one of the Porsche Recommended Body Repairers and run by former Formula Three racer John Bradshaw and his son Tom, who also race an historic Elan together.
“We are thrilled to welcome Porsche back to the show,” explained Event Director Daniel Nwaokolo, “especially with such a fantastic display with the restored Le Mans car as the centrepiece. It will be a fabulous addition to what is shaping up to be our biggest and best show to date.”
Porsche 924 Porsche NEC Le Mans