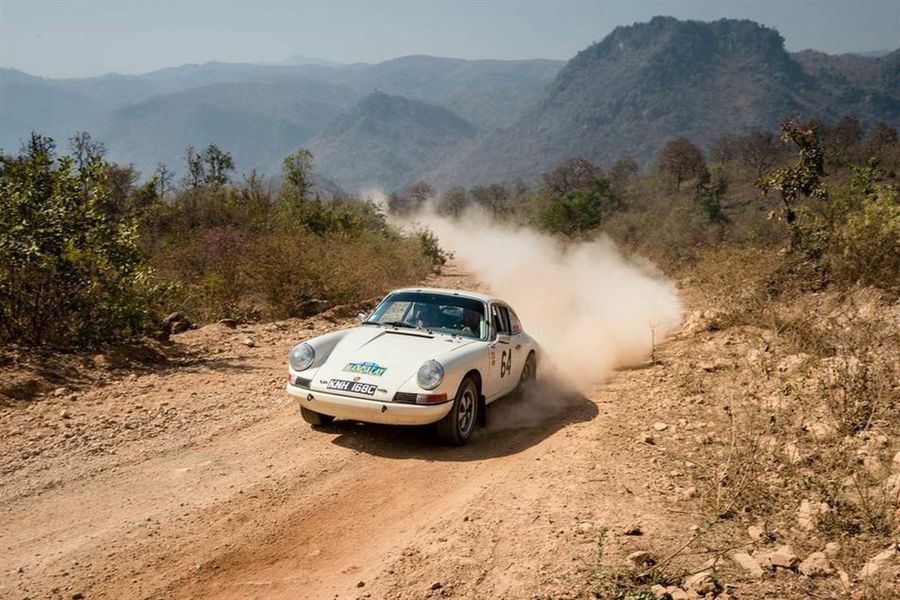 Peter and Zoe Lovett claimed victory in the Classics division of the inaugural Road to Mandalay Rally, sealing the win on the final day to take the title by just one second in their 1965 Porsche 911. Peter and Zoe finished the 24-day rally, organised by the Endurance Rally Association, with an overall total of 1:11:20, getting revenge on Peking to Paris 2013 winners Gerry Crown and Matt Bryson from Australia, who this time had to settle for second place in their 1974 Leyland P76 with a total of 1:11:21.

In the Vintageants division, the three-way battle between the Chevrolets ended with Americans Bill Shields and Scott Herbstman taking the top spot with an overall total of 1:19:47 in their 1938 Coupe. Peking to Paris winners Phil Garratt and Kieron Brown from the UK came second in the 1937 Fangio Coupe on 1:20:32, while fellow Americans Daniel Day and Ronald Doyle in the ’37 Coupe came third on 1:25:24.

There were class wins for the big 1957 Chevy Bel Air Convertible of Americans John Rich III and son John, the 1928 Bentley 4 ½ Le Mans of Denmark’s Lars and Annette Rolner, and the ‘69 Volvo Amazon of Frenchman Ludovic Bois and Julia Colman from the UK.

Special awards were also awarded at the Gala dinner in Bagan at the end of the rally. The True Grit award was presented to Belgium’s Erwin Beerens and Gert Mertens in the 1928 Rolls Royce 40/50 Silver Ghost, while the Against All Odds award went to Heather and Jo Worth from New Zealand in the troubled 1968 Volvo Amazon that despite its constant technical difficulties still managed to cross the finish line.

The Spirit of the Rally award was given to Joost Van Cauwenberge and Christine De Landtsheer from Belgium in the 2011 Toyota Landcruiser, who joined the rally despite not being eligible to compete as a tourer. However they supported the teams throughout – even housing a Gin and Tonic bar in the rear of his vehicle at the finishing point each day, hence the ‘spirit’ award.