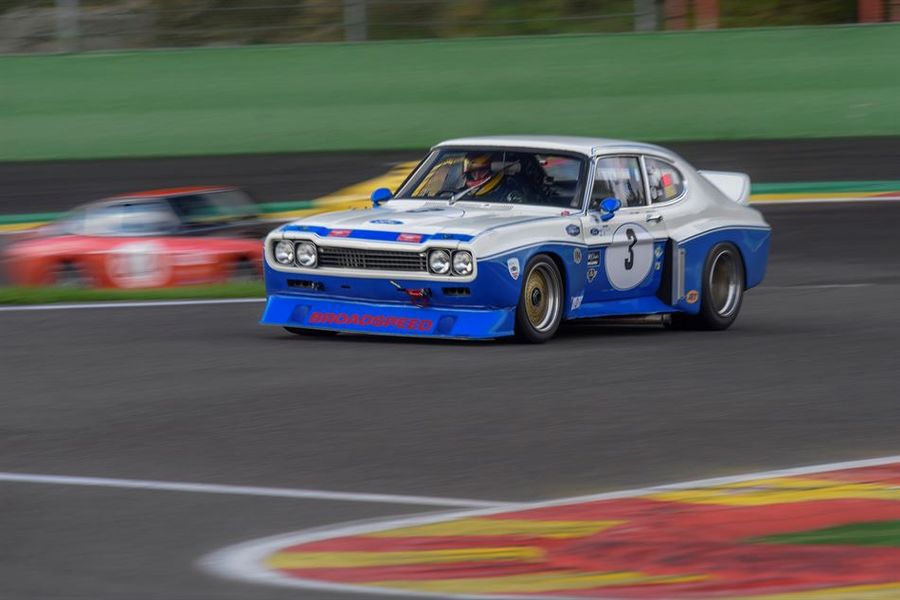 Motor Racing Legends has unveiled its 2016 racing calendar which launches with a the three-day spectacular, the popular Donington Historic Festival in May.
The four premier racing grids which come under the Motor Racing Legends banner include; the Historic Touring Car Challenge, Pre-War Sports Car Series, the highly competitive Stirling Moss Trophy for pre-’61 Sports Racing cars and for gentleman racers, the Royal Automobile Club Woodcote Trophy for original pre-’56 Sports cars.
All four of the Motor Racing Legends grids get the opportunity to race at a range of premier international historic meetings offering competitors a chance in the spotlight at some of the world’s best historic racing events.
2016 calendar highlights include all Legends grids starting at the Donington Historic Festival (April 30th to the 2nd of May). This year the Pre-War Sports Car grid will also head to Zandvoort for the Historic Grand Prix event on the 2nd to the 4th of September and the Royal Automobile Club Woodcote Trophy and Stirling Moss Trophy grids will both head to Silverstone Classic (Jul 29th to the 31st), Spa Six Hours (Sept 16th-18th) and the Algarve Classic Festival (Oct 28th-30th).
A first for 2016 sees the Historic Touring Car Challenge (HTCC) making its debut appearance on the Silverstone Classic programme with its own grid. This series is made up from touring cars from 1966 for Groups 1 & 2 and Group A Touring Cars that raced in the British and European Touring Car Championships between 1972 and 1985.
Motor Racing Legends Chairman Duncan Wiltshire commented “We’ve got a great calendar line-up for 2016, I am particularly excited to see the Historic Touring Cars featuring at Silverstone Classic and some interesting rule changes to be announced in the new-year should boost grid sizes as well as competition.  I am also looking forward to joining the Pre-War Sports Car Series when they head to Zandvoort where we hope to meet up with some new European competitors. All our grids will be out in force at the Donington Historic Festival and I am delighted to reconfirm support in 2016 from our sponsors JD Classics and EFG.”