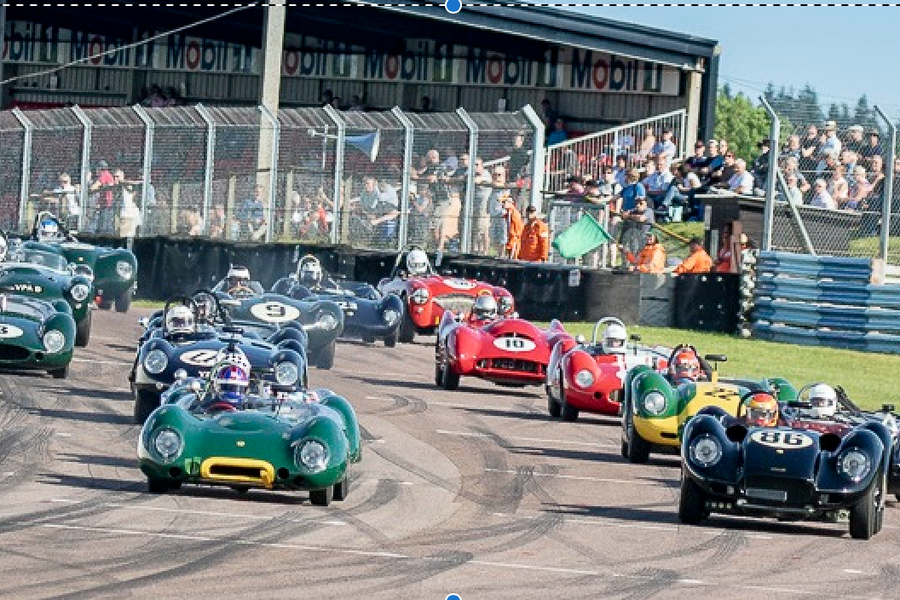 The season starts in the traditional way at the Donington Historic Festival on May 3rd-5th where all five series get the opportunity to race at this premier international historic meeting.

For the Stirling Moss Trophy and Woodcote Trophy grids, their calendar remains largely unchanged and includes a return to Hampshire for the Thruxton Motorsport Celebration event on June 1st-2nd - a new event born from the success of this year’s 50th Anniversary Celebration.

The Historic Touring Car Challenge enjoys a bumper calendar of six rounds for 2019. Silverstone Classic have invited the HTCC & Tony Dron Trophy grids back instead of skipping a year as usual. They also enjoy a longer 1-hour race at Oulton Park under the AMOC Racing banner. The season finale at the Algarve Classic Festival reverts to its former double-header format.

The Pre-War Sports Car Series will be one of the feature grids of 2019, thanks to the Bentley 100th anniversary celebrations, they will be performing on the world stage of Donington Historic Festival, Silverstone Classic and have been invited back to Spa Six Hour meeting after such a successful race there this year.

Motor Racing Legends Chairman Duncan Wiltshire commented: “We have gone all out for 2019, with a busy calendar for all grids. We had fantastic feedback from competitors from this year’s Thruxton event, so it is great to make this a regular event. Plus, I am particularly delighted that the Pre-War Sports Cars have been invited back to Spa which, along with the 100th anniversary of Bentley, should also make the Silverstone Classic one of the highlights of the 2019 calendar.”