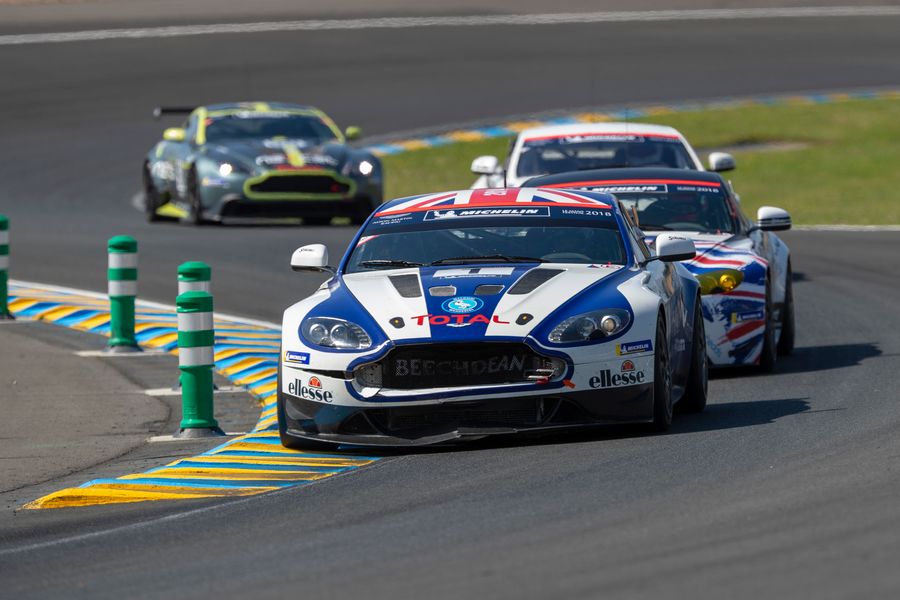 The 2019 Silverstone Classic has announced a three-year official partnership with Aston Martin – a collaboration with the world famous luxury automotive group which embraces both on- and off-track activities at the world’s biggest historic motor racing festival. This summer’s Classic (26th-28th July) will have the honour of hosting the very first round of Aston Martin’s newly announced Aston Martin Heritage Racing Festival Series.

Aston Martin recently opened a new state-of-the-art, high performance test and development base at Silverstone and it presence at the Classic will be furthered by the supply of the official Safety and Course Cars for each grid. As last year, these will help to ensure the smooth running of the non-stop nostalgic track action throughout the packed weekend.

This year, for the very first time, the on-track line-up stars spectacular showdowns for historic Formula 1, Formula 2 and Formula 3 single-seaters plus a pair of special Mini races to mark the little legend’s 60th birthday. Bentley’s centenary and the 50th anniversary of the Ford Capri are also being honoured in terrific sporting style on track.

“Nowhere else on Earth will you see such a wide array of wonderful motor sport history still racing flat out today,” enthused Nick Wigley, Silverstone Classic CEO. “We are immensely proud that Aston Martin not only has chosen to become a major event partner but also to launch its amazing new Aston Martin Heritage Racing Festival Series at the Classic. Everyone loves Aston Martin and, with its wide-ranging presence throughout the event, this year’s festival will be all the more special for all-comers.”