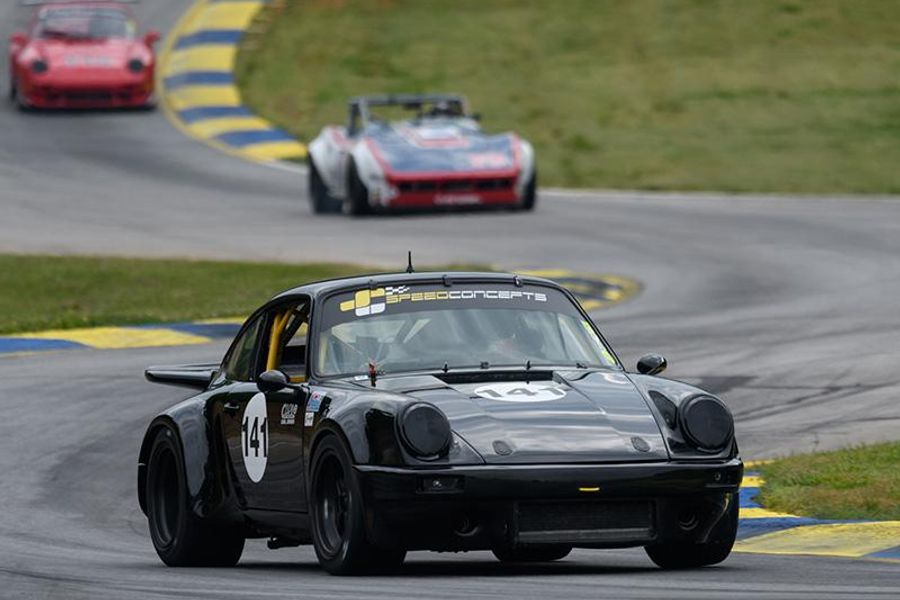 The 42nd Historic Sportscar Racing (HSR) Mitty came to a safe and successful conclusion Sunday at Michelin Raceway Road Atlanta where a competitive group of repeat and first-time weekend winners scored race victories on the 2.54-mile road course under picture-perfect sunny skies with temperatures in the low 80s.

Sunday began with the B.R.M. Chronographes Vintage and GT Classic (CTC) Enduro Challenge and ended with the HSR Classic RS Cup sprint, and one driver won both feature races.

Todd Treffert is no stranger to victory lane on HSR race weekends and he added two more trophies from the HSR Mitty to his collection on Sunday. Treffert took both overall and GTC class honors in the B.R.M. Enduro Challenge in the morning and then closed out the weekend in winning style with a victory in the Classic RS Cup race. Treffert competed in his always-quick Speedconcepts 1974 No. 141 Porsche 911 IROC that was prepared this weekend by the 901 Shop.

Fritz Seidel finished second to Treffert in both races in the Ecurie Engineering 1973 Porsche 911 IROC. Jack Lewis was third in the RS Cup race in his 1974 No. 9 Porsche 911 IROC while Treffert and Seidel were joined on the B.R.M. GTC podium by third-place finisher Eric Lux in the Goldcrest Motorsports 1973 No. 00 Porsche 911 RSR.

The Vintage-class victory in the B.R.M. race went to George Balbach in his Ecurie Engineering 1966 No. 0 Porsche 911. The win was the third-straight victory of the weekend for Balbach in two different Ecurie-prepared Porsches. He scored a Sasco Sports International/American Challenge Porsche-class win Friday in the 911 and a Saturday victory in a 1960 No. 0 Porsche 356B in the WeatherTech Sprint Group 2 race. 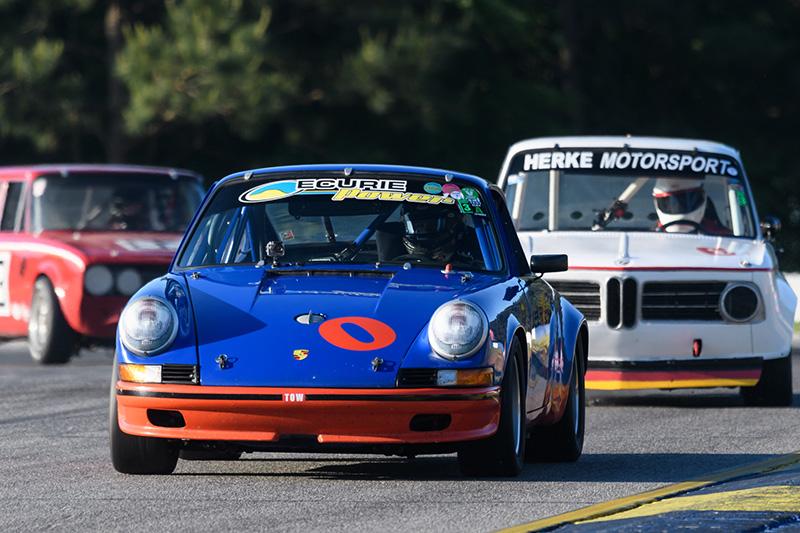 Another Sunday Feature Race was the HSR Global GT sprint won by Patrick Dussault in his No. 121 Porsche 991 GT3 Cup car prepared by GT Racing. Marc Montour was second in his GT Racing 2014 No. 27 Aston Martin Vantage GT3 while Les Long completed the podium in third in his Air Power Racing 2007 No. 496 Porsche 997 GT3 Cup.

Balbach's weekend-high tally of three race wins was matched by Louis-Philippe "LP" Montour - Marc Montour's son - who picked up the overall Group 9 and 10 WeatherTech Sprint win in the No. 27 Aston Martin for the second straight day Sunday. In addition to sweeping his WeatherTech races, "LP" co-drove to a Saturday B.R.M. Enduro Challenge win with his father.

Balbach came close to four wins this weekend but was edged by Joe Colasacco for Sunday's WeatherTech Group 2 victory. Colasacco's win in his rare 1963 No. 8 Alfa Romeo TZ-1 was popular with the large contingent of Alfa Romeo fans on hand this weekend to support the official marque of the 42nd HSR Mitty.

In addition to featured marque Alfa Romeo, historic Stock Cars were in the spotlight this weekend at the 42nd HSR Mitty and NASCAR legend Bill Elliott swept both Stock Car Feature Races Saturday and Sunday. Elliott (below) drove a more-than-familiar 2006 No. 9 Dodge Charger.

Second-place in Sunday's Stock Car Feature went to Brian Norman in another 2006 No. 19 Dodge Charger while Frank Marcum broke through for third in his 2001 No. 1 Ford Taurus.

The WeatherTech Sprint doubleheaders saw several competitors sweep both the Saturday and Sunday rounds in their respective run groups. Competitors going two-for-two overall in their WeatherTech races included Doc Bundy in the 1964 No. 124 Lotus 23b (Group 3), Tom O'Grady in the 1962 No. 53 Cooper T59 (Group 4 A/B), Edward Sevadjian in his 1969 No. 36 Chevrolet Corvette (Group 5) and Jacek Mucha in his 2006 No. 07 Swift JMS-016CP (Group 7 and 11).

Next up for HSR is the Barber Historics at Barber Motorsports Park, May 17 - 19. 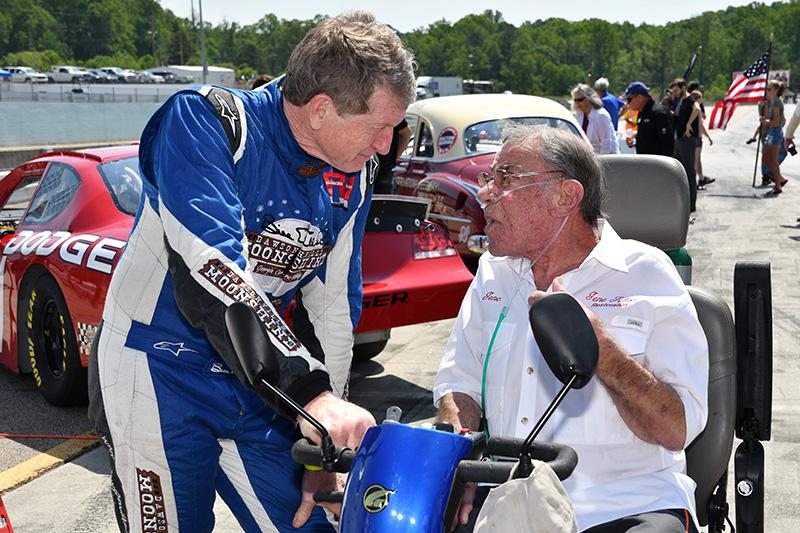